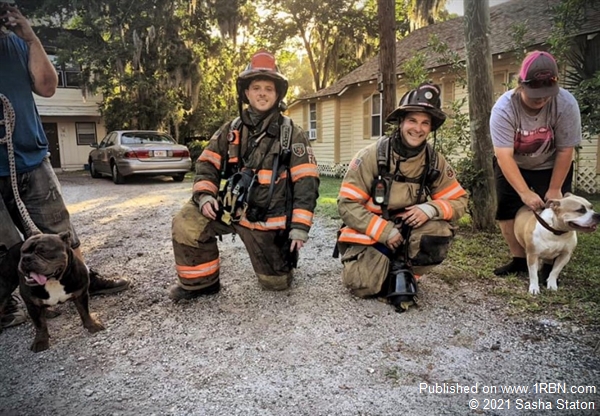 DAYTONA BEACH, FL - On May 28th, Daytona Fire Department was dispatched to a residential home for smoke in a structure. When they arrived on scene, they observed smoke showing. Both the front and back doors were locked, causing firefighters to force the front door. As they entered the house, they found light smoke throughout the home. Once access was gained into the home the structure was searched and a pot was found on the stove that was causing the smoke. The occupants of the house were not home at the time, but firefighters found two dogs inside the home and were able to successfully removed them from the house and reunite them with their owners once they returned.