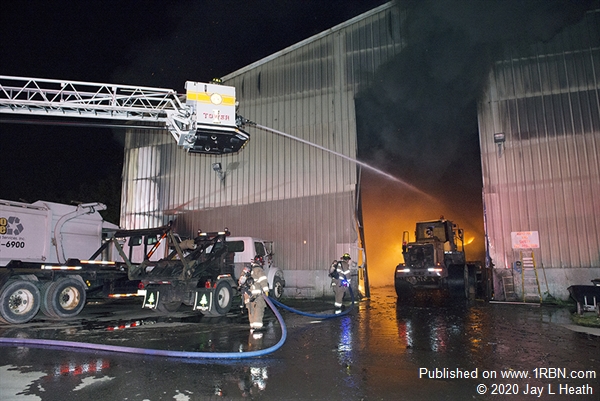 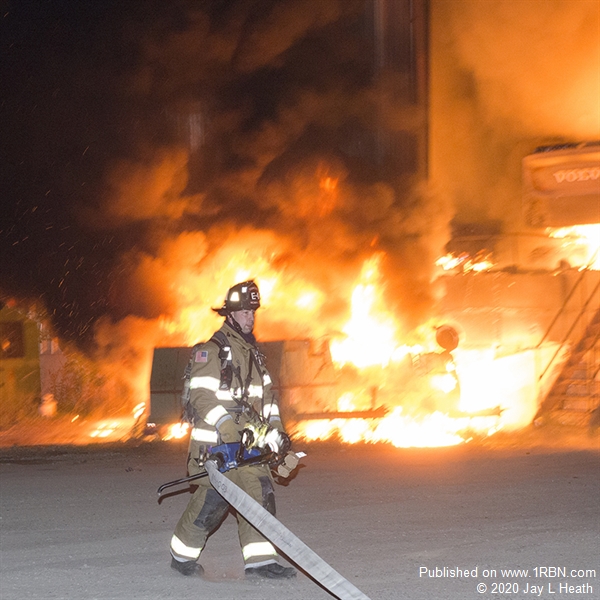 Photo by Jay L Heath A Concord Engine 4 firefighter stretches the hose line for the portable deck as heavy fire blows from the warehouse. 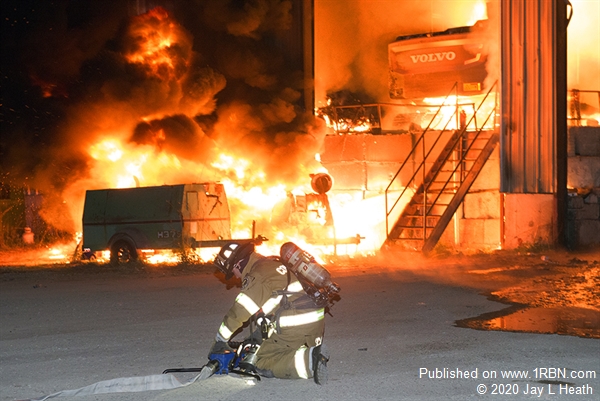 Photo by Jay L Heath Heavy fire showing from the rear of the warehouse. 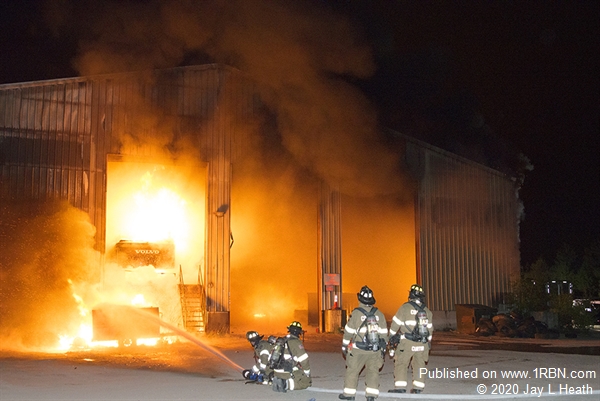 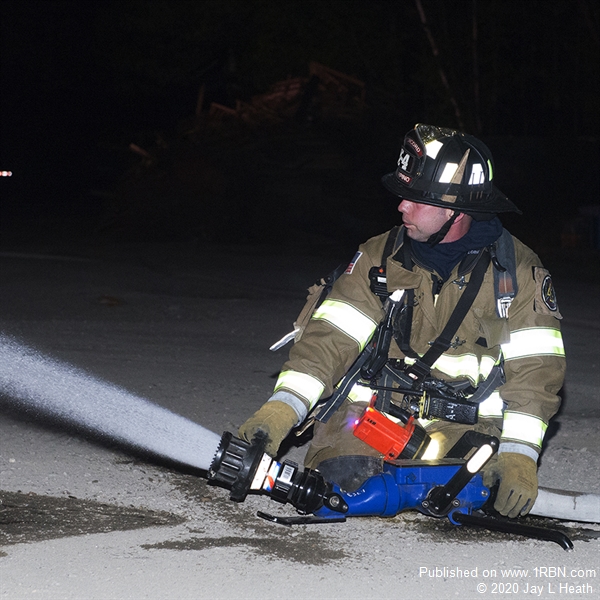 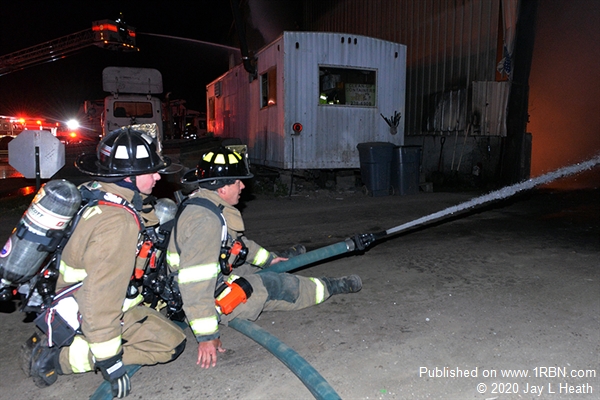 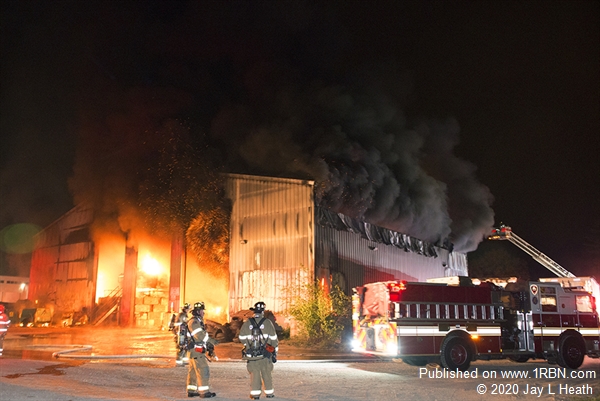 Photo by Jay L Heath Concord Engine Co. 4 set's up to drop a feeder line to set up Pembroke's Tower Ladder for water in the rear of the warehouse as fire and smoke erupt from this 12,000 square foot recycling center. 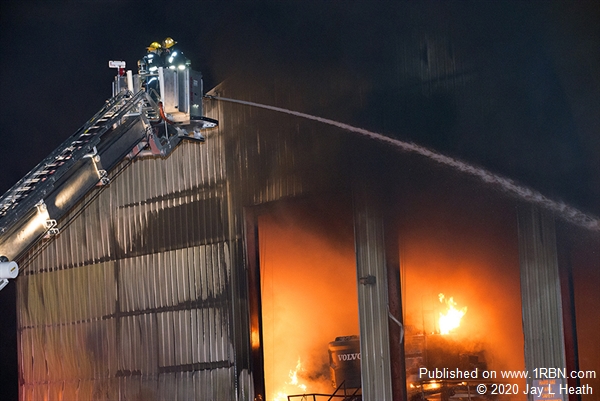 Bow, NH - A massive fire destroyed a warehouse on Sunday evening, May 24th, and brought in mutual aid from nine communities.

The building is the Bow Recycling Center, which receives construction debris and solid waste from large trash containers at area businesses, hauled in by contractors. The building is also the home of Zero Waste and Recycling Services, which is one of the companies that hauls to the center.

The heavy fire destroyed two excavators and a loader, while the heat from the heavy fire warped some of the steel members and melted the steel siding, destroying most of the large warehouse. Bow Fire Chief Mitchell Harrington reported that firefighters set up a water supply and accessed the town's water system, giving them plenty of water to fight the massive blaze.

A second-alarm was transmitted and a special call for both Pembroke and Concord's Tower Ladders to set up and pour water into the massive warehouse throughout the night. Numerous portable deck guns and hands lines were also set up, bringing over 55 firefighters in to fight the blaze.

The fire was knocked down and contained at 2:08 A.M., but firefighters remained on the scene into Monday removing the charred contents of the building and continued wetting down the pile of materials and rubbish, making sure nothing would reignite, until 3:00 P.M. The fire is under investigation by the Bow Fire and Police departments.