Bridge Struck by Trucks Twice in One Weekend 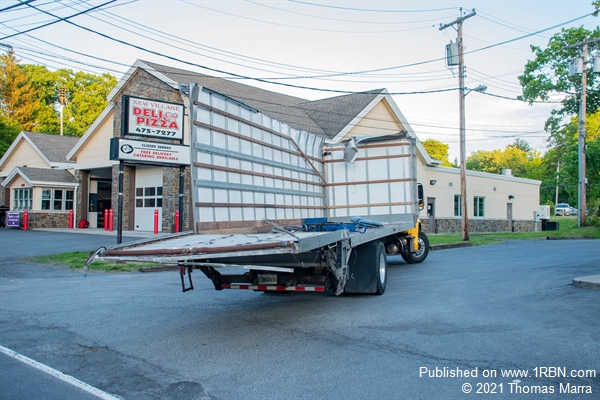 Photo by Thomas MarraA bridge in Slingerlands was struck by trucks twice in one weekend. 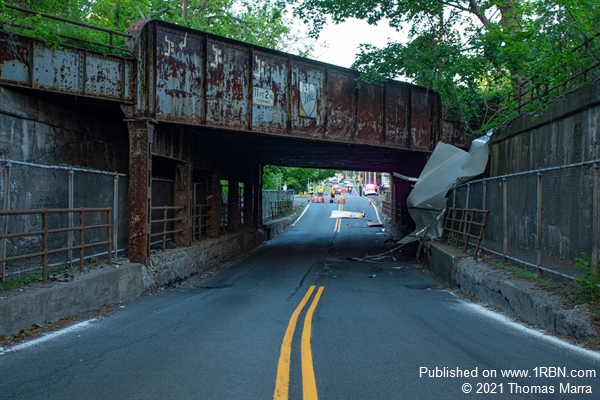 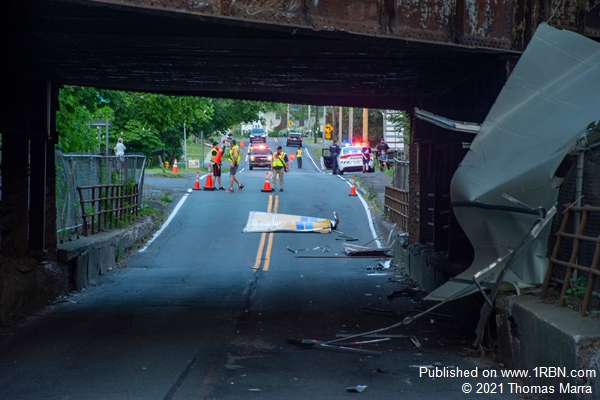 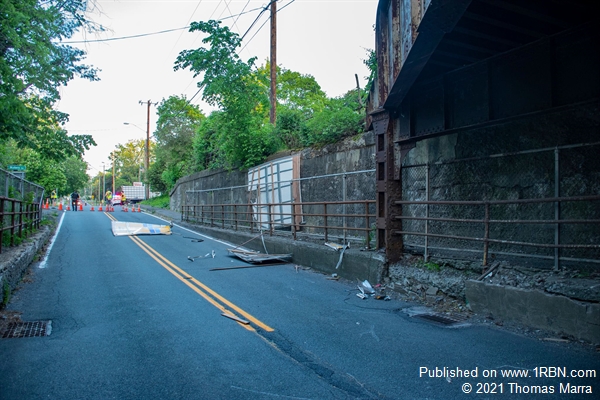 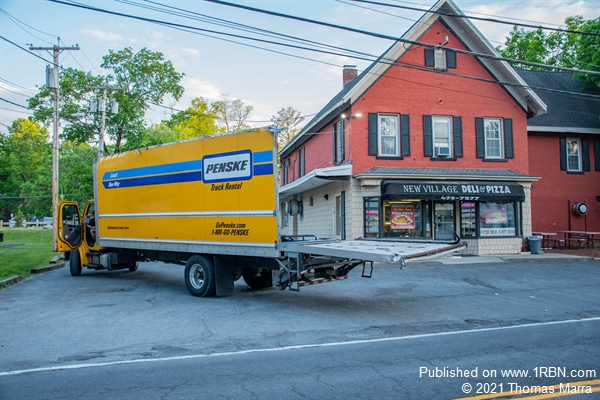 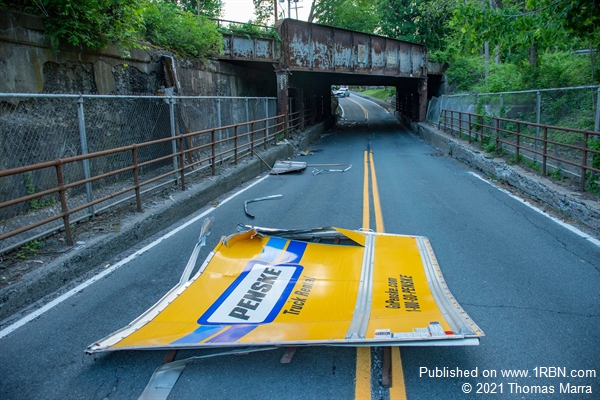 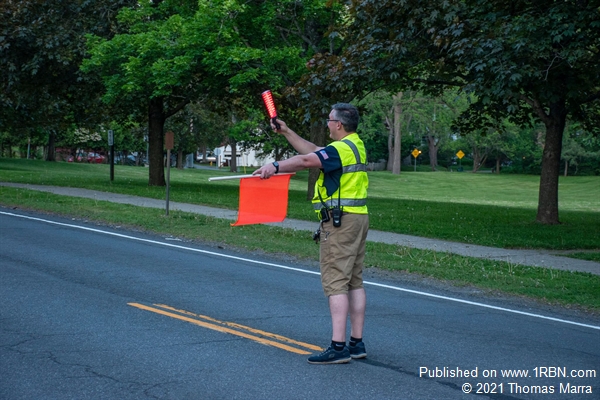 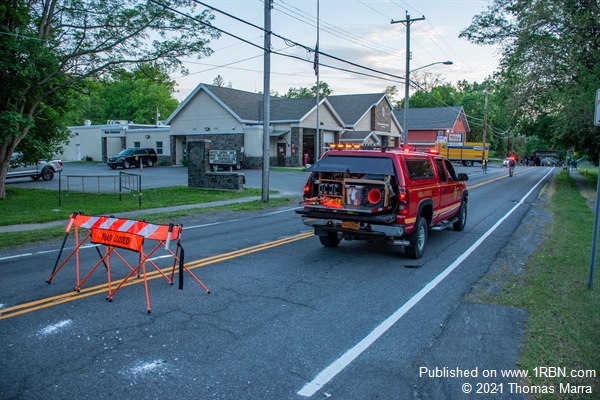 A truck hit the Albany County Rail Trail Bridge on New Scotland Road for the second time in two days.

The Slingerlands Fire Department was dispatched with Bethlehem Police for a box truck that struck the bridge around 7:22 p.m. on Saturday, May 22.

A Penske rental truck was travelling eastbound on New Scotland Road when it struck the bridge, according to a statement released from Bethlehem Police.

The impact caused the entire roof and a side portion of the truck to be completely ripped off and scattered in the roadway, with a large piece of debris on the sidewalk.

The driver of the truck was charged with failing to obey a traffic control device, the statement said.

There were no reported injuries at the scene.

The road was closed at Kenwood Avenue to Surrey Mall for several hours while crews were working on cleanup and removing the vehicle.

Firefighters helped clean up some of the debris while awaiting the arrival of Robert’s Towing, who removed the vehicle from the scene.

Police say representatives from Albany County Public Works were at the scene to survey the damage and deemed it safe.

This was the second incident over the weekend with another truck that struck the overpass Friday night.

A tractor trailer had struck the bridge around 9:00 p.m. Friday night, also without any reported injuries.

Chief Craig Sleurs of Slingerlands Fire says the bridge is sometimes hit anywhere from two or three times per year.

Out of all the times this bridge has been hit, there haven’t been any injuries reported as a result.

“I think that when all the litigation gets done, Albany County can take the bridge down and alleviate the problem,” Sleurs said.