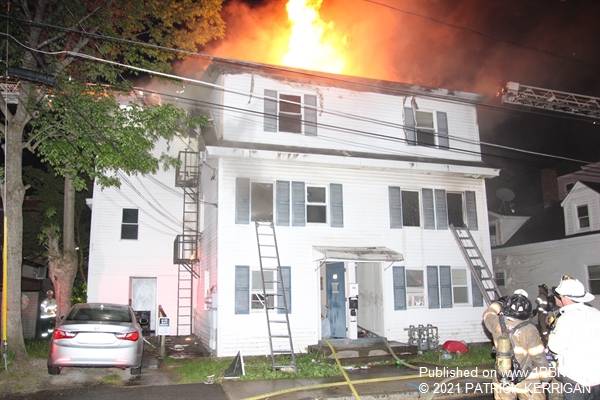 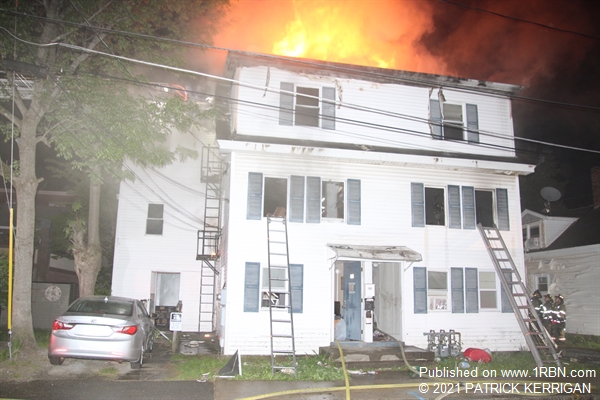 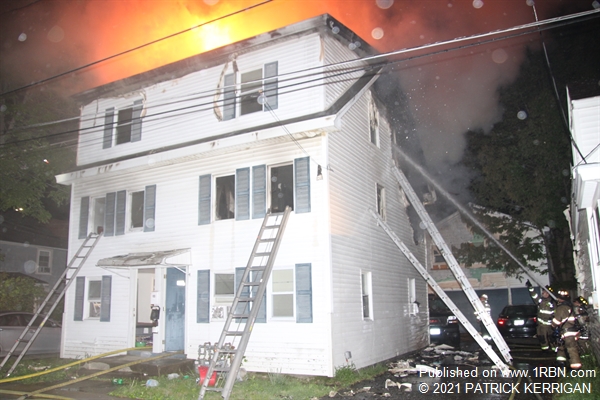 NASHUA, NH - Shortly before 11:30 P.M. on May 20th, Nashua Fire Alarm began receiving calls for a fire on Cedar Street, with people reportedly trapped. L1 arrived and Captain Finnerty reported heavy smoke showing with people on the fire escapes and ordered a second-alarm. Heavy fire was venting out of the 'Charlie'/'Delta' side of the building. Crews made an aggressive interior attack and had the fire knocked down in a short amount of time. Ladder companies ventilated and conducted searches. A third-alarm was struck due to heavy fire in the loft, bringing in mutual aid companies to the scene.