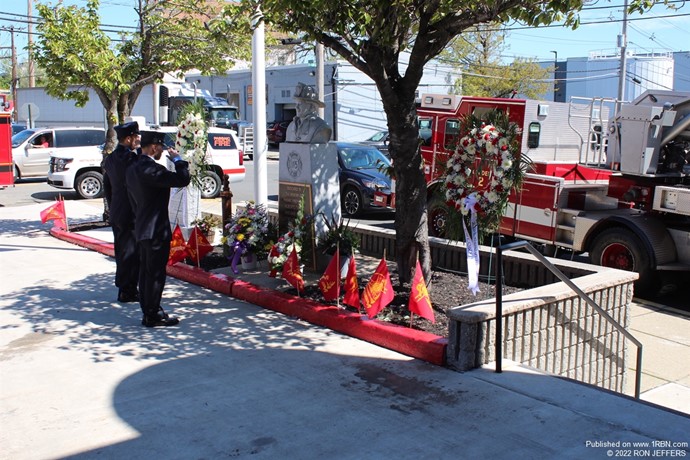 Photo by RON JEFFERSFlowers and wreaths were placed at the monuments representing the Passaic Fire Department's 12 fallen heroes during the department ceremony on May 9th. 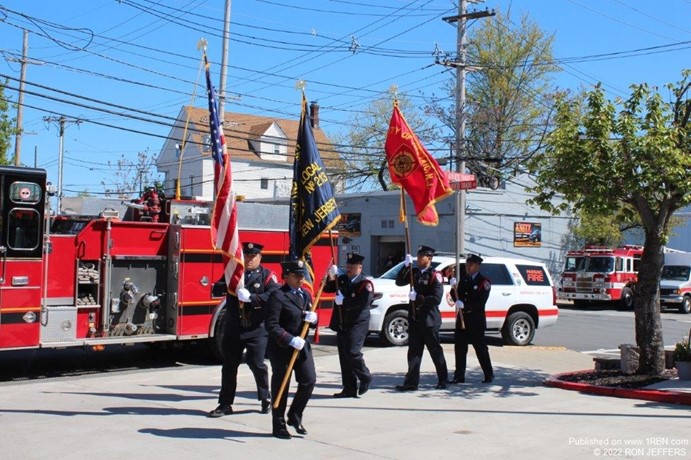 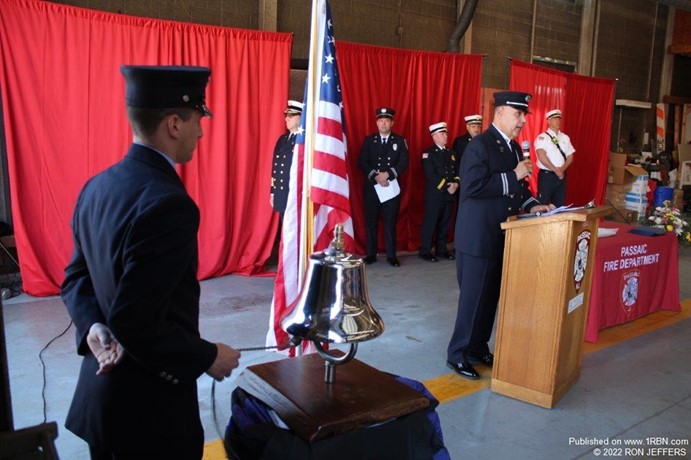 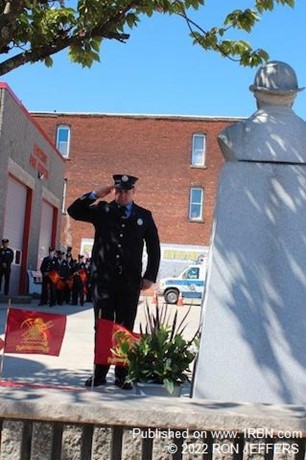 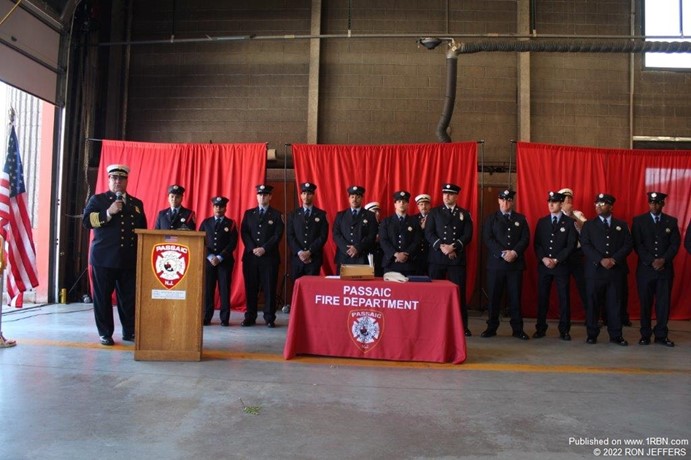 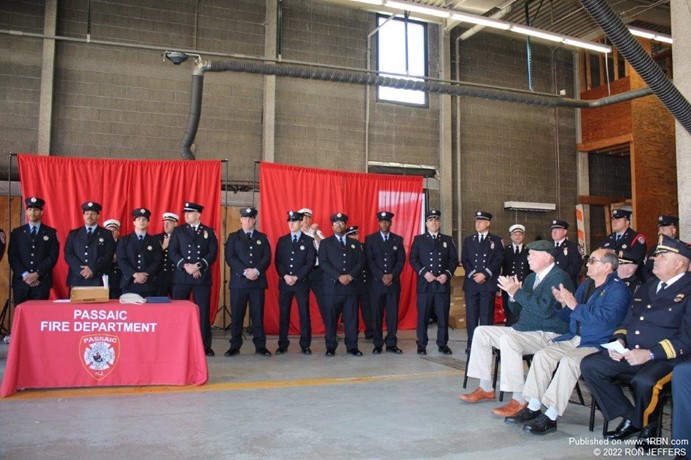 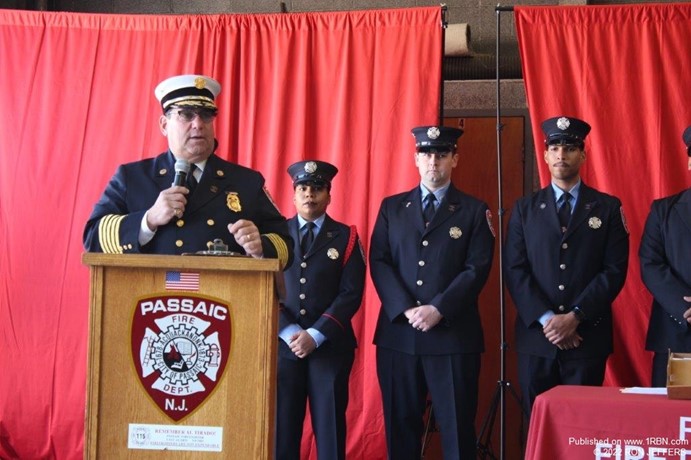 PASSAIC, NJ - On the morning of May 9th, the city fire department, and local officials, assembled at Fire Headquarters on Hope Avenue for their annual memorial services for twelve members that died in the line-of-duty.

Flowers and Memorial Wreaths were placed at the monuments representing the fallen heroes, outside, along the side of the apparatus apron.

This year, the department's award ceremony was also added. It had been on hold due to COVID-19. Firefighters were recognized for their life-saving actions of civilians and fellow firefighters. This included incidents involving fires, storms and floods.

All members of Tour 4 were recognized for their actions during Hurricane Ida on September 1st, 2021.

Many family members and friends of the department were in attendance at the memorial. To sum it up, while talking about the Department and its members, Chief Trentacost added that this was “... a lot more than a job".