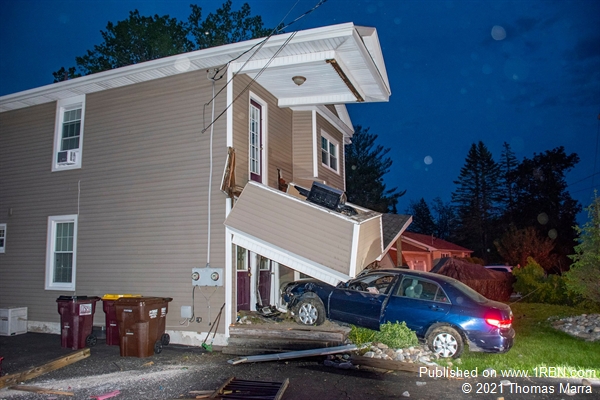 Photo by Thomas MarraA balcony fell onto a car after a driver fell asleep at the wheel and crashed into a house in Glenmont. 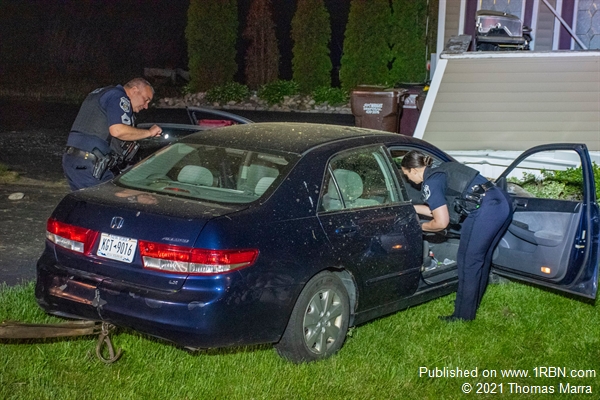 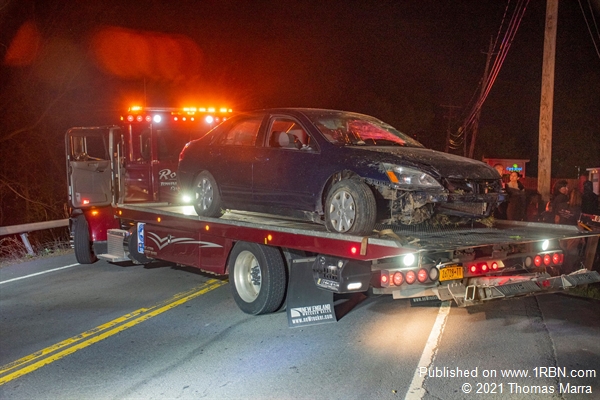 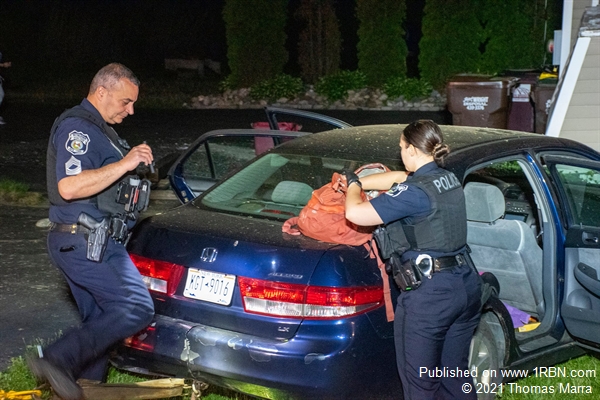 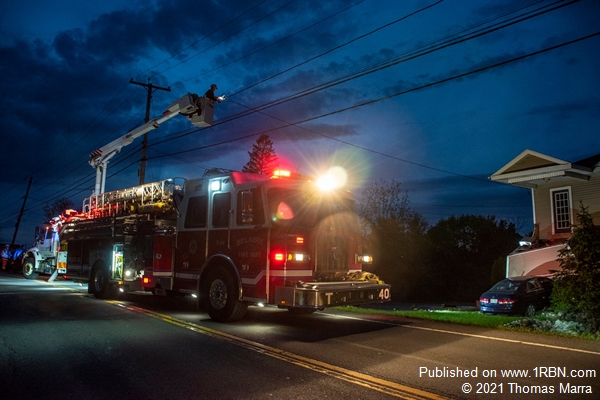 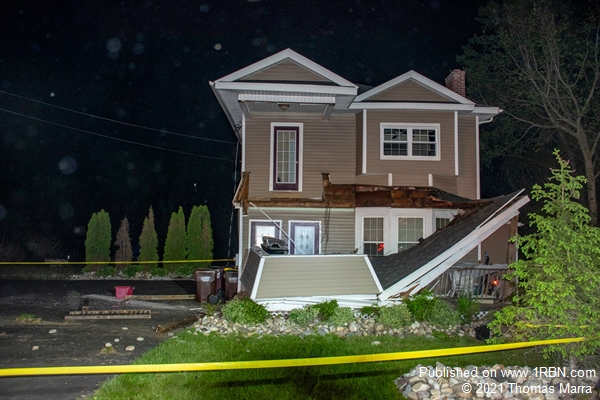 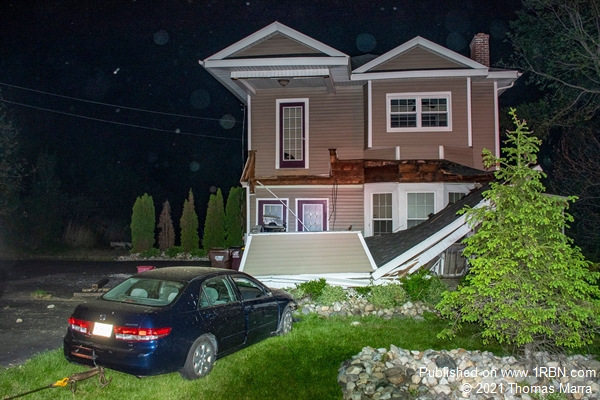 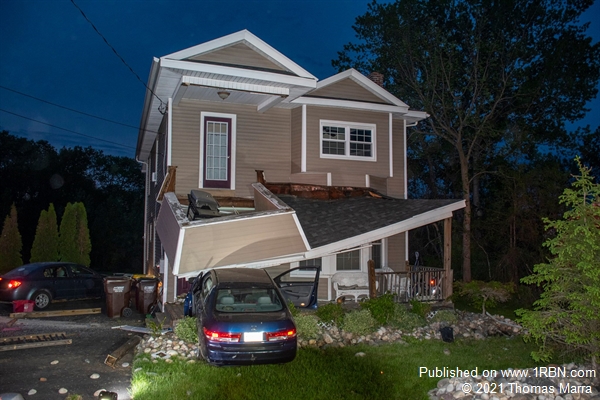 GLENMONT, NY - Several people were displaced after a car crashed into their Glenmont home Saturday evening, May 15th, causing the front balcony to fall from the second floor.

Emergency crews were dispatched to 105 Corning Hill Road in Glenmont just before 7:45 P.M. for a car that had crashed into a home.

The car was traveling westbound on Corning Hill Road, according to Cmdr. James Rexford of Bethlehem Police.

The car left the roadway and crashed into the front support beams on the home, causing the balcony to fall from the second floor and onto the car.

Selkirk Fire, Delmar-Bethlehem EMS, Albany County Paramedics and Bethlehem Police responded to the scene. Firefighters removed a propane tank from the gas grill that was on the balcony as a precaution for when the balcony moved as the car was being towed.

National Grid responded to the scene to cut the power and repair a line that was damaged from the crash.

Rexford says the driver stated he fell asleep behind the wheel leading up to the crash. He added that the driver was issued a traffic ticket for moving from a lane unsafely. Rexford said the house is a two-family house and both families were displaced as a result from the crash.

He said the Red Cross provided assistance to those residents who were displaced.

The residents of the home were not injured from the incident.

Crews stood by while the car was being towed out from under the balcony.

Corning Hill Road was closed while crews operated at the incident and was reopened a few hours later.