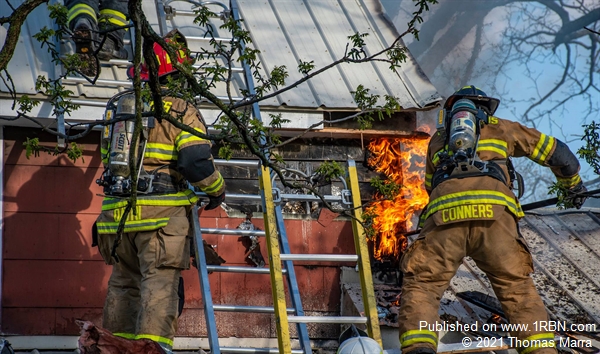 Photo by Thomas MarraFirefighters chase a difficult fire at a home with a metal roof. 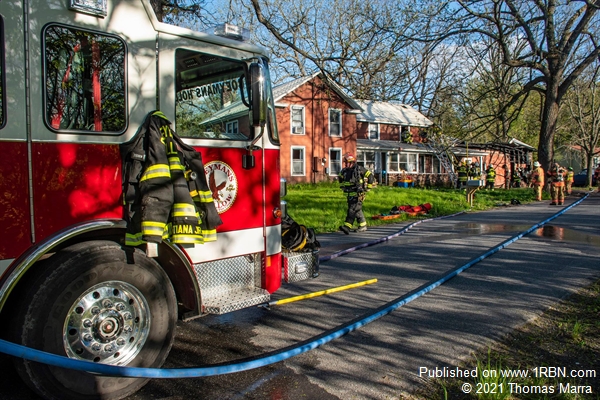 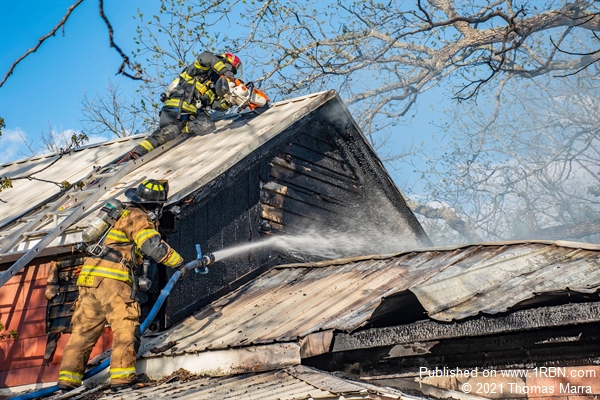 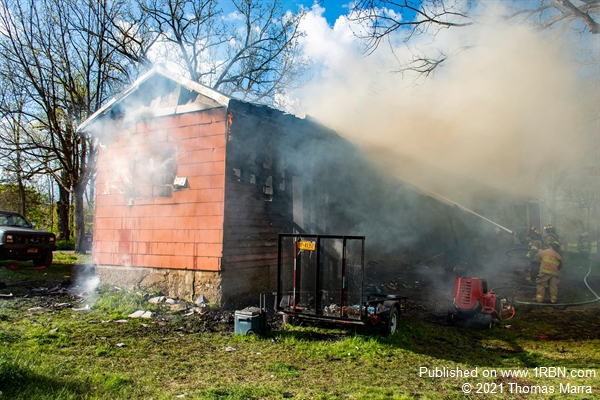 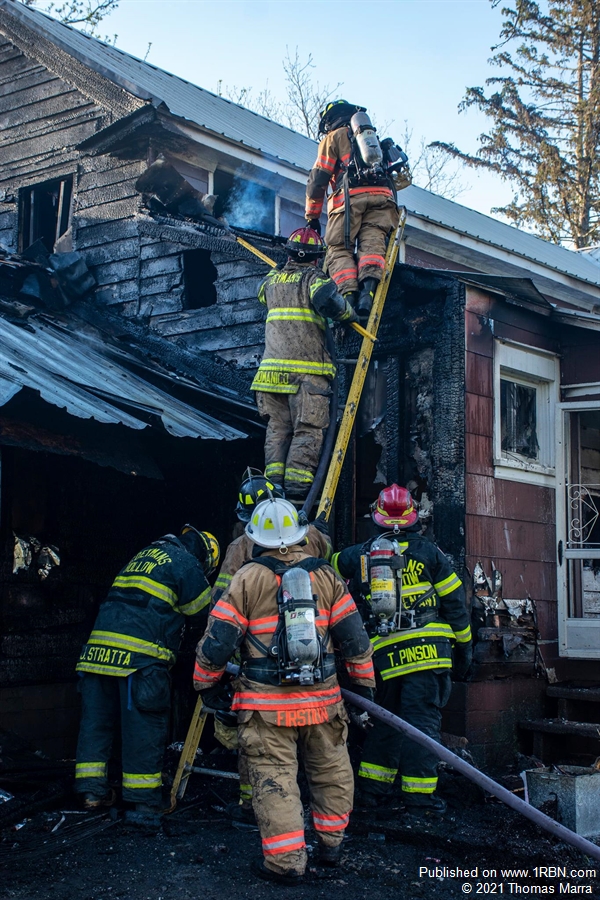 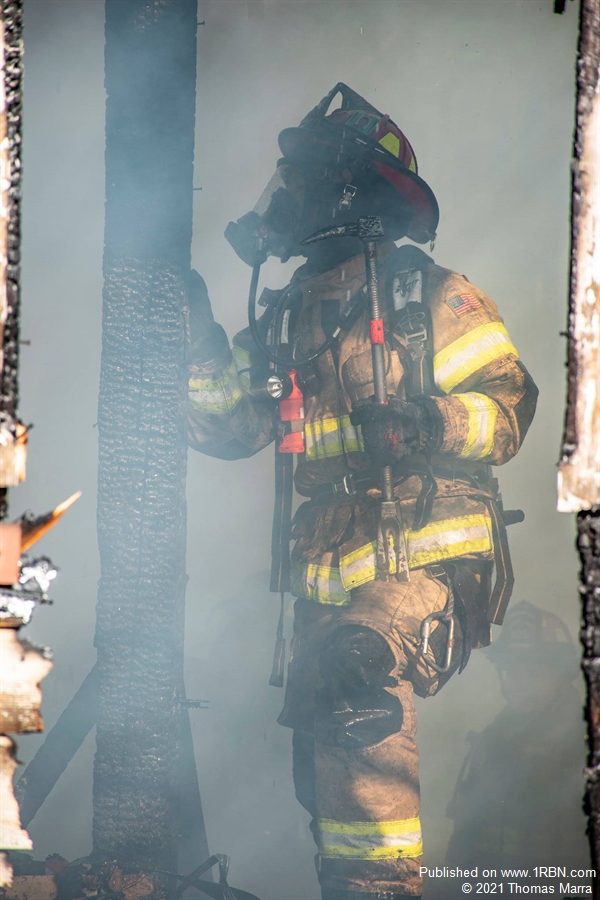 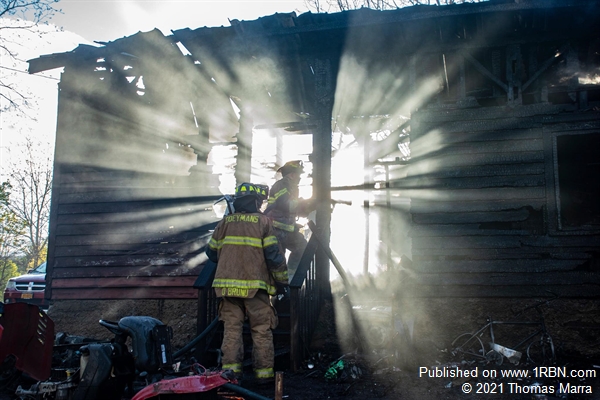 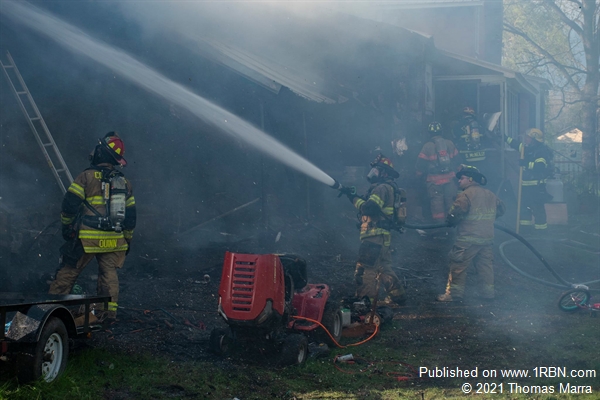 COEYMANS HOLLOW, NY - Several people have been displaced following a structure fire in Coeymans Hollow on Wednesday, May 12th. Fire crews were dispatched to 5 Biechman Road at 5:40 P.M. for a reported bedroom on fire.

“I found heavy fire in one of the apartments,” said Chief Bill Kapusta of Coeymans Hollow Fire, who was first to arrive on the scene. The structure consisted of two separate apartments, one of which firefighters were able to save from the fire.

Chief Kapusta said there was heavy fire consuming Apt. B when he first arrived, as well as a large propane tank in the rear of the structure that was also fueling the fire. The first arriving truck initially deployed three hose lines before a fourth was deployed as well.

The structure was an older house, and Kapusta said the fire spread in the basement, the first floor and the second floor of the building.

“We were able to stop it from making its way into the second apartment,” Kapusta said. “But there is smoke damage in there and our crews are taking things out of there trying to recover some of the property.”

Crews had difficulty getting the fire extinguished due to the home receiving recent renovations, as well as a metal roof adding to the challenges. The bulk of the fire was knocked down in approximately 30 minutes, according to Kapusta, and an hour of hitting hotspots to ensure the fire was extinguished.

Kapusta said both apartments were occupied at the time of the fire, but everyone was able to safely make it out after residents in the main fire apartment alerted the other apartment of the fire.

Kapusta said the apartment that had minimal damage had two adult occupants and the other apartment had two adults and three children. He said he believes all pets also made it out, except for a few chickens that did not make it.

The Red Cross was contacted to assist the families displaced by the fire.

The Town of Coeymans Fire Investigation Team was on the scene investigating the cause of the fire, which appears to be electrical at this time. There were no injuries reported on the scene.