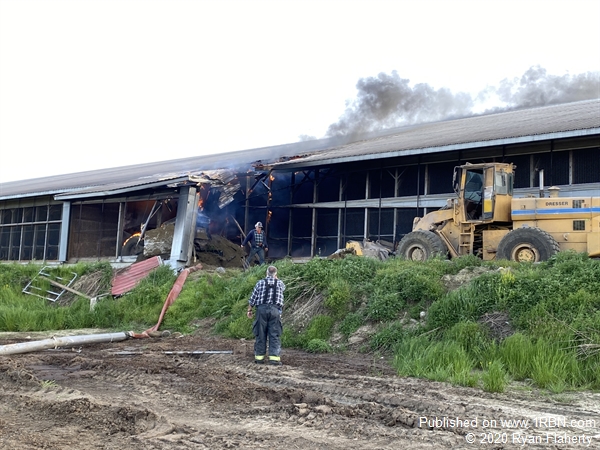 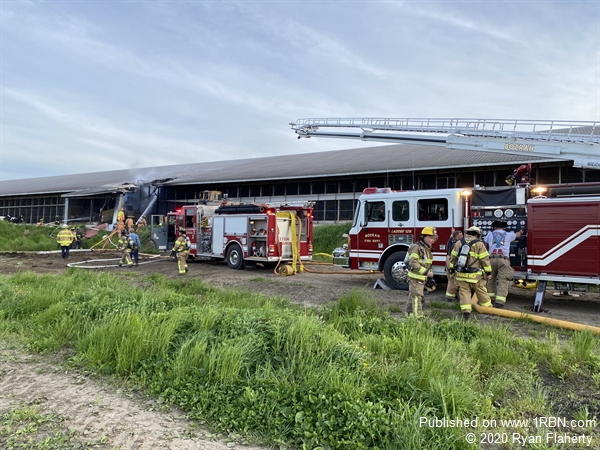 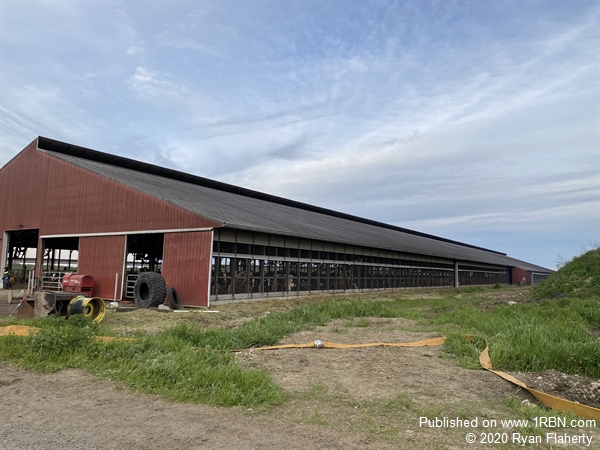 Photo by Ryan FlahertyThis is a large open cow barn. 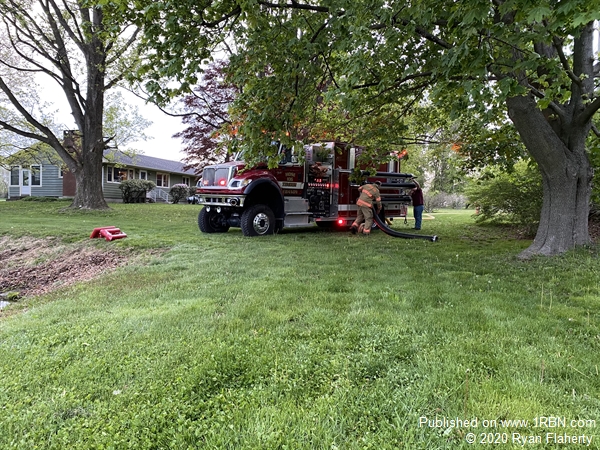 Franklin, CT - At 6:33 P.M. on Tuesday, May 19th, the Franklin Fire Department was dispatched to 393 Lebanon Road, at Cushman’s Farm, for a tractor fire in a cow barn.

At 6:35 P.M., WW Dispatch began taking calls saying that the barn was on fire so it was upgraded to a first-alarm, bringing in Lebanon, Bozrah and Yantic. Bozrah Car 26 arrived at 6:42 P.M. and reported a working fire in the rear of a large barn with hundreds of cows roaming the property. The farmer used a loader to dump a large pile of dirt on the front of the tractor, which slowed the fire’s progression.

Lebanon Engine 206 arrived at 6:46 P.M. and put a one-and-three-quarter inch cross lay and a blitz fire into service. Ladder 126 arrived second and laid 1,000-feet of five-inch down the driveway to the rear of the barn and gave Engine 206 their tank water. Franklin Engine 225 arrived next and gave Lebanon their 1,000-gallons.

Yantic’s Engine 33 finished Bozrah’s lay back out to the street and set up as the drop site engine. Franklin Tanker 125 positioned in the rear and nursed the first arriving companies while Lebanon’s Hose Tender 106 reverse laid to a pond 1,200-feet down the road and established a draft.

The fire was under control in about 30 minutes. Tankers from Baltic, Bozrah, Lebanon, Windham Center and East Great Plain sat in staging but were not utilized. Luckily, no cows or people were injured at the incident.