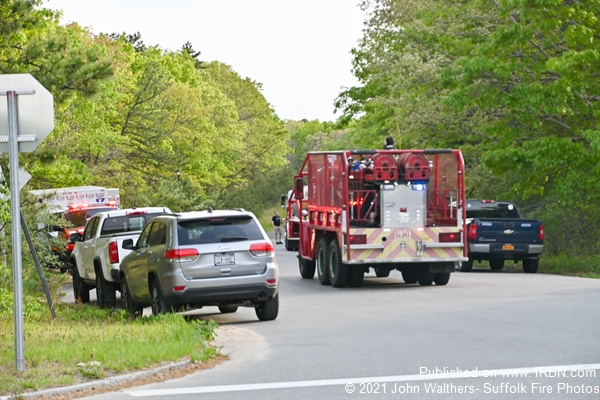 Photo by John Walthers- Suffolk Fire PhotosA command Post / Stagging area is established to battle a large brush fire in Calverton on Toppings Path off Edwards Ave. Manorville FD was in charge of scene and multiple mutual aids were called in. 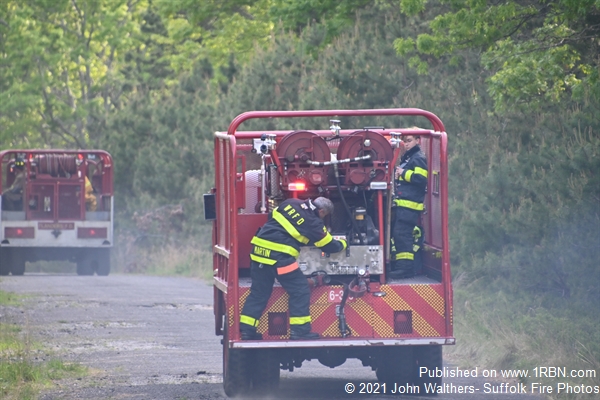 Photo by John Walthers- Suffolk Fire PhotosWading River Firefighters Prepare to go into the woods and assist Manorville at a brush fire. 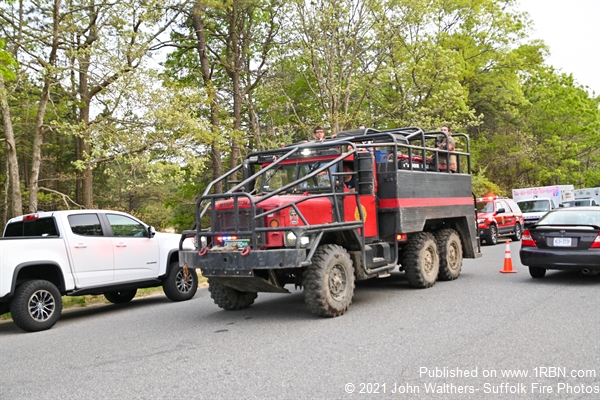 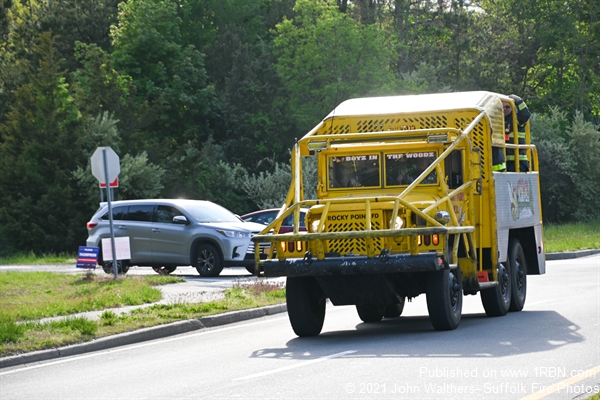 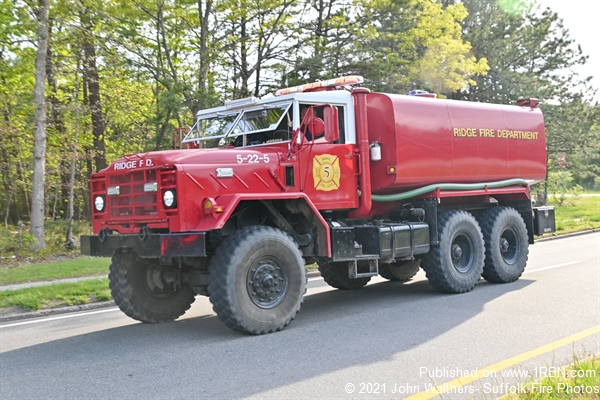 Manorville NY- On Sunday May 16th at about 4:20 PM the Manorville Fire Department was activated for a chief’s investigation of smoke in the area of Halsey Manor Rd & Connecticut Ave. The first responding chief requested county to activate the alarm as a general alarm due to heavy smoke being seen. Within minutes multiple units were on the road responding in and investigating with the chiefs. Firefighters were able to locate the area of the fire and command established a staging area / access point on Toppings Path off Edwards ave in Calverton. Mutual aid was requested from Riverhead FD for 1 Brush Truck and a tanker as well as additional support resources including Fire Police for Traffic Control.

Aviation was requested from Suffolk Police to do fly overs to get a better Idea of Size up. Firefighters entered the woods on brush trucks from Manorville and Riverhead and began to attack the fire and as aviation was reporting it to be close to 10 acres burning. Due to the size of the fire additional mutual aids continued to be brought in for Brush Trucks ( GI’s) and a hand full of tankers to help with water supplying as needed. Firefighters worked the blaze for several hours and had an extensive mop up.
Resources that went to the scene included the Following FD’s: Manorville, Riverhead, Wading River , Flanders , Center Moriches, Ridge , Eastport, Rocky Point. EMS/ Rehab Support was provided on scene by Manorville Ambulance, Riverhead Volunteer Ambulance and Flanders Northampton Volunteer ambulance. Resources were also on location from the Suffolk County and 5th Division Fire Coordinators as well as Brookhaven Town Fire Marshals office.