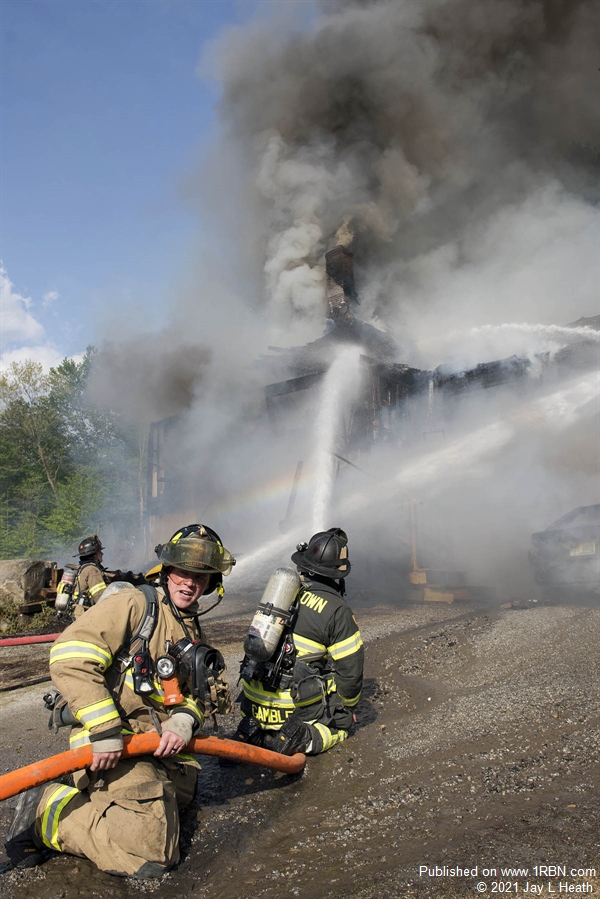 Photo by Jay L Heath Firefighters battle the fire with numerous hose lines as fire burns through the roof. 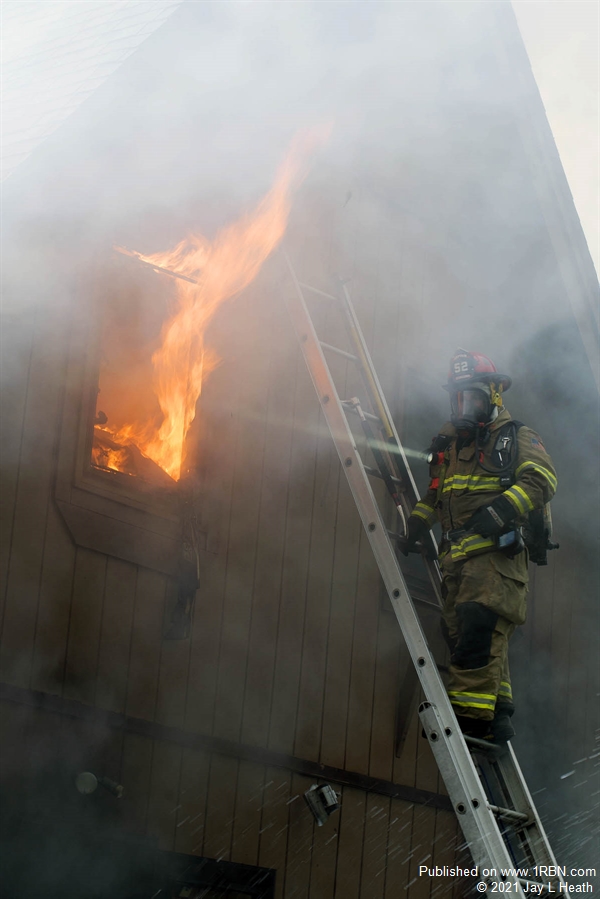 Photo by Jay L Heath A firefighter vents the rear of the house. 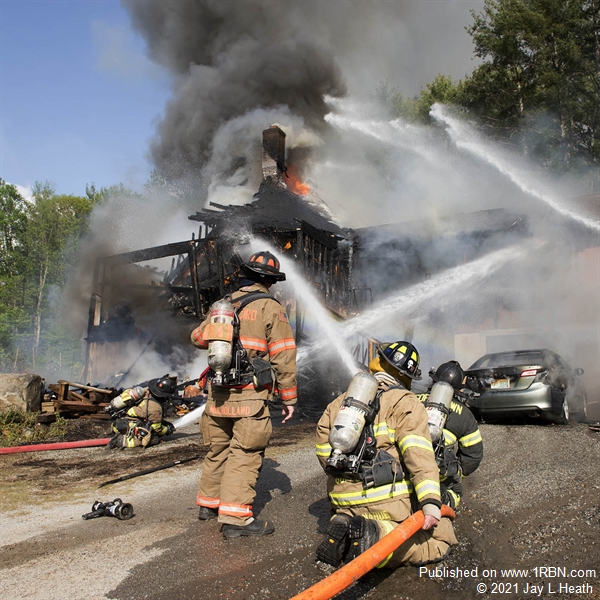 Photo by Jay L Heath The large house was completely destroyed by the fire. 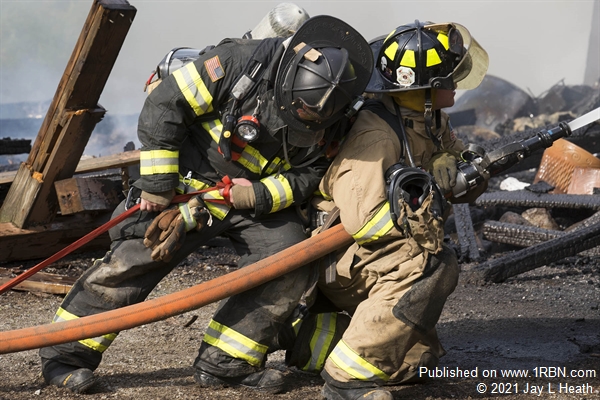 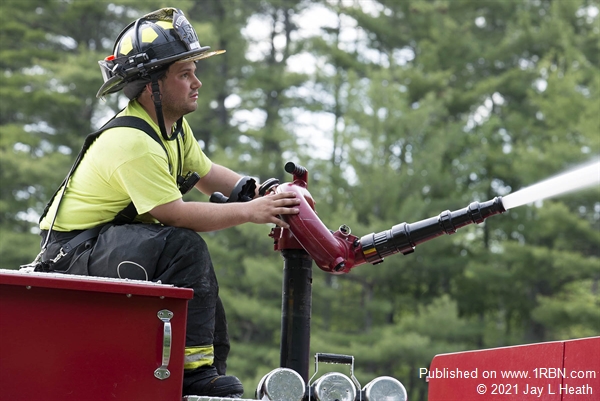 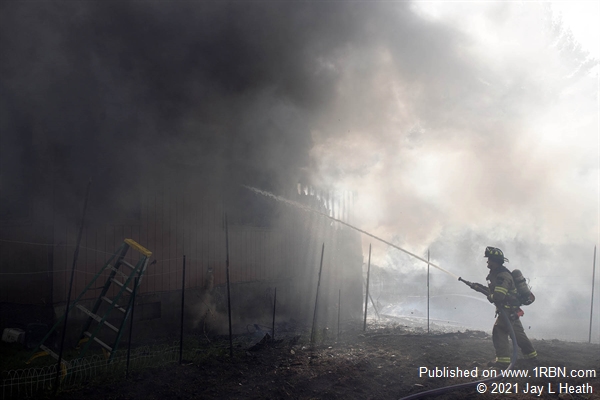 Photo by Jay L HeathHeavy smoke is banked down as a Concord firefighter works a hose line into the house. 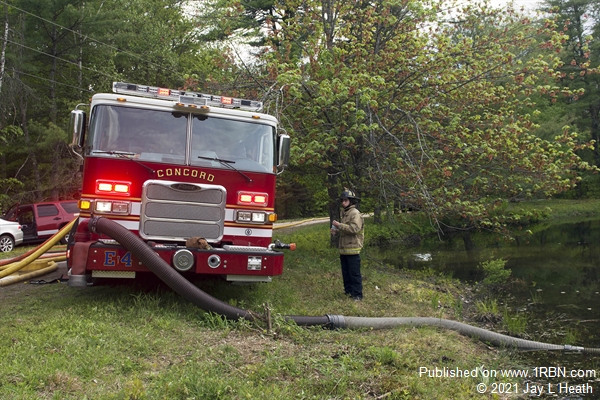 Photo by Jay L Heath Concord Engine 4 drafts from a nearby pond for water supply, 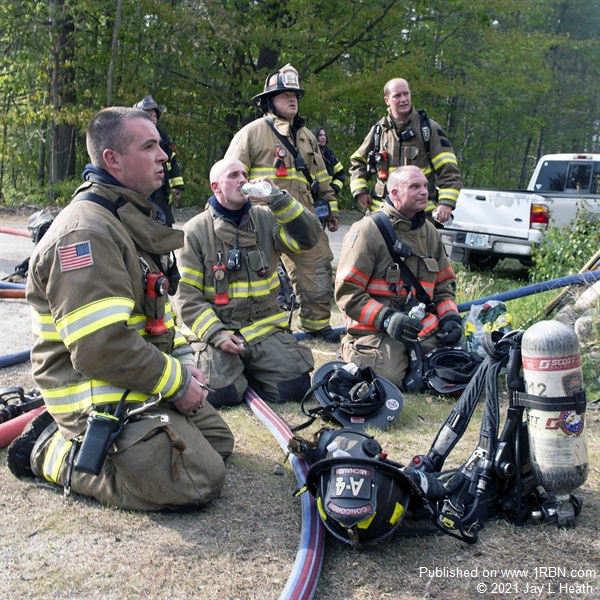 DUNBARTON, NH - On May 18th, Dunbarton FD along with automatic mutual aid from Concord and Bow was dispatched for a house fire on Jean Drive around 4:39 P.M. Concord Fire Alarm started to receive numerous calls for the house fire and updated companies that the residents all evacuated out of the house.

A second-alarm was transmitted immediately, bringing in numerous tankers for water supply. No one was injured, said Dunbarton Fire Chief Jonathan Wiggin. Along with the second-alarm, a special call for a brush response was needed to simultaneously fight the stubborn house fire and the flames that had spread to the woods, about 50-feet from the home. Residents initially tried to fight the fire with a fire extinguisher and garden house as flames spread quickly.

"The fire was already pretty advanced when the homeowner discovered it,"said Chief Wiggin. "The whole front of the house was fully involved when first due firefighters arrived."

Firefighters left the scene at 2:00 A.M., and returned in the morning to extinguish pockets of fire as the house had collapsed into the basement. Firefighters shuttled water in with mutual aid tankers and a nearby pond proved to be a vital water source as well.