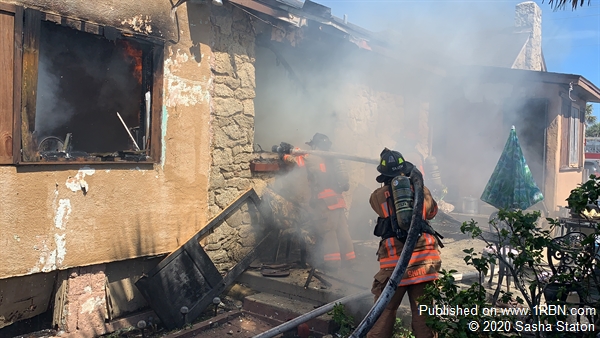 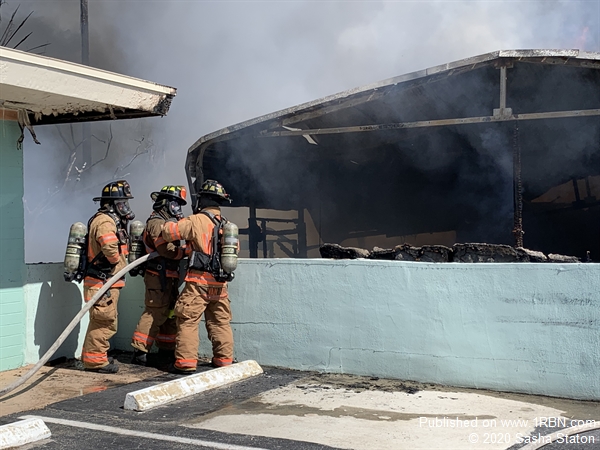 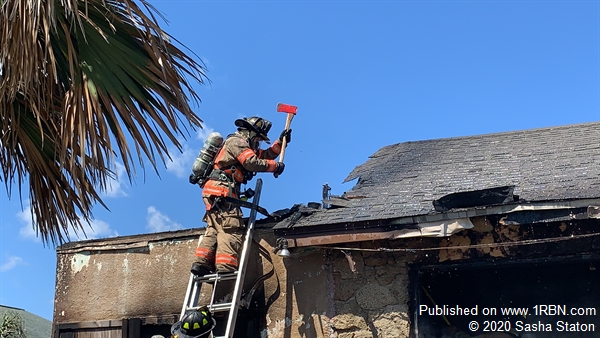 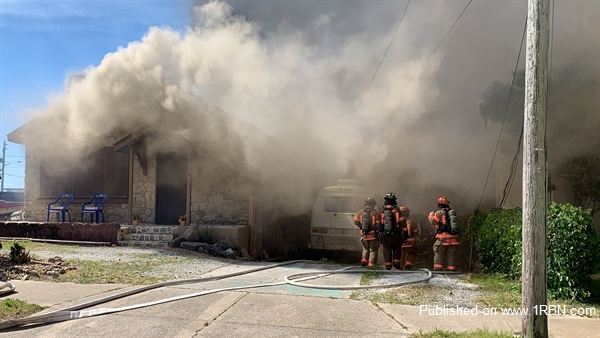 Daytona Beach, FL - A structure fire broke out on the morning of May 8th at the corner of A1A and Lenox Ave. in Daytona Beach. Multiple units from the Daytona Beach FD quickly arrived and began battling the flames that had already spread from the shed in the back of the house to the main house. Two adult residents and their dog were able to exit the house without injuries.

Although the house sustained damage from the blaze, Daytona Firefighters as well as an engine company from Daytona Beach Shores were able to keep the fire from burning the entire house. The shed and carport located in the rear of the house were a total loss.

Additionally, the end room of the Economy Inn Motel that faces the rear of the house received damage from heat and smoke to the exterior wall as well as the interior of the room.

A cause was not able to be determined on scene, and the State Fire Marshal was called to conduct an investigation. The Red Cross was also called to assist the two occupants of the house.