Vehicle Bursts into Flames After Hitting Pole in Shirley 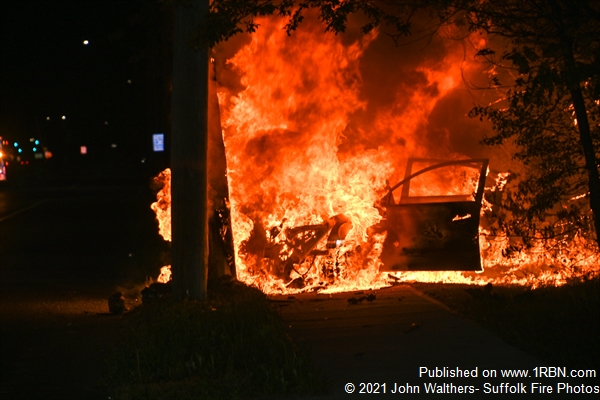 Photo by John Walthers- Suffolk Fire PhotosMastic Firefighters arrived to Find this car had burst into flames after hitting a telephone pole in Shirley on May 16th. 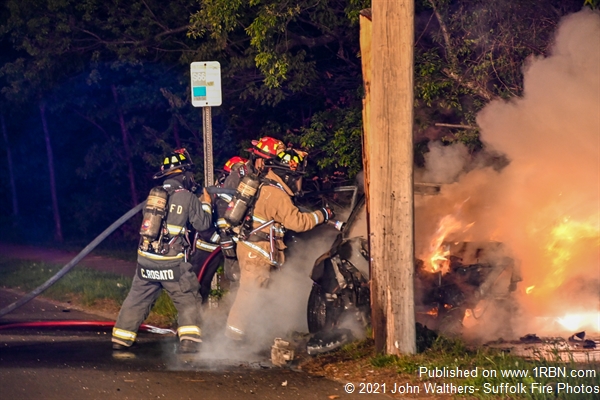 Photo by John Walthers- Suffolk Fire PhotosFirefighters work to put out this vehicle fire after a car hit a pole on May 16th. 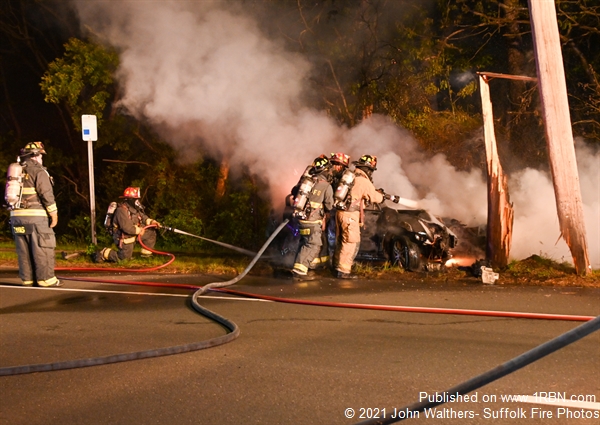 Photo by John Walthers- Suffolk Fire PhotosMastic Firefighters work to put out this vehicle fire after a car hit a pole on May 16th. 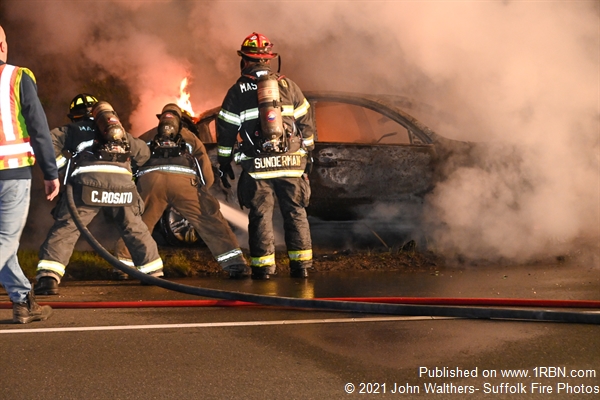 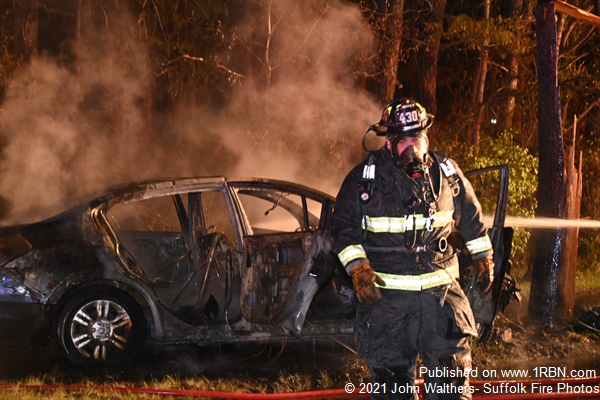 Photo by John Walthers- Suffolk Fire PhotosA mastic Firefighter at the scene of a Car VS Pole with involved auto recently. 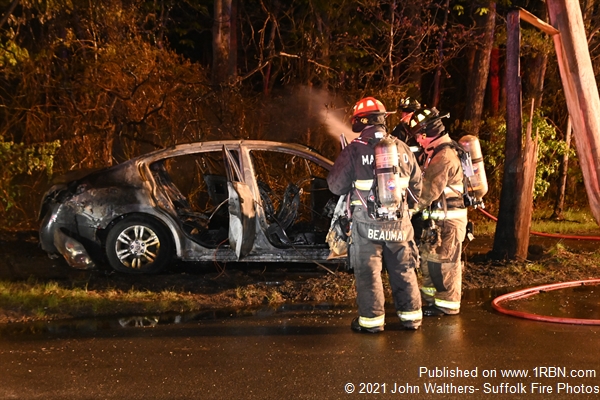 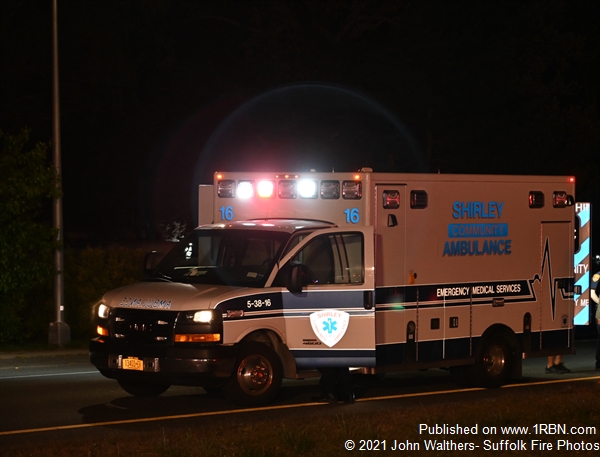 Photo by John Walthers- Suffolk Fire PhotosAmbulance Personnel Transported multiple people to local hospitals after a car struck a pole in Shirley and went up on Flames.

SHIRLEY, NY - On Sunday, May 16th just after 12:30 A.M., the Suffolk County 9-1-1 center dispatched a call to the Mastic FD, Mastic Ambulance and officers from the Suffolk Police 7th Precinct for a report of a vehicle crash with fire on the William Floyd Parkway in the northbound lanes, near Linden Lane.

Mastic FD Captain Steve Januszkiewicz (5-12-50), along with Chiefs Rudy Sunderman (5-12-30) and Gene Martucci (5-12-31), advised Fire-Com on Fres Ops 3 that they were responding to the scene. Captain Januszkiewicz arrived on scene within a short time after activation and confirmed a vehicle hit a pole, and the auto was fully involved. All occupants were out of the vehicle.

First due Engine was 5-12-1 was directed to stretch a line and go to work on the car fire. The booster line was also put into operation to assist with the firefighting operation.

Additional units responded into the scene, including Mini Pumper (5-12-5) and Rescue (5-12-10A). Crews joined up and assisted with the operation and made sure the scene was secure. Fire Police members assisted SCPD 7th Precinct with closing the northbound lanes. Multiple ambulances responded into the scene from Mastic, Mastic Beach, Shirley Ambulance Companies and Center Moriches FD.

Multiple people were taken to Long Island Community Hospital, and one was taken to Stony Brook Hospital. The condition of the people was not given.

All fire units were back in service within roughly one hour of the call being dispatched, and the scene was turned over to SCPD who waited for PSEG to arrive and tend to the severely severed pole.