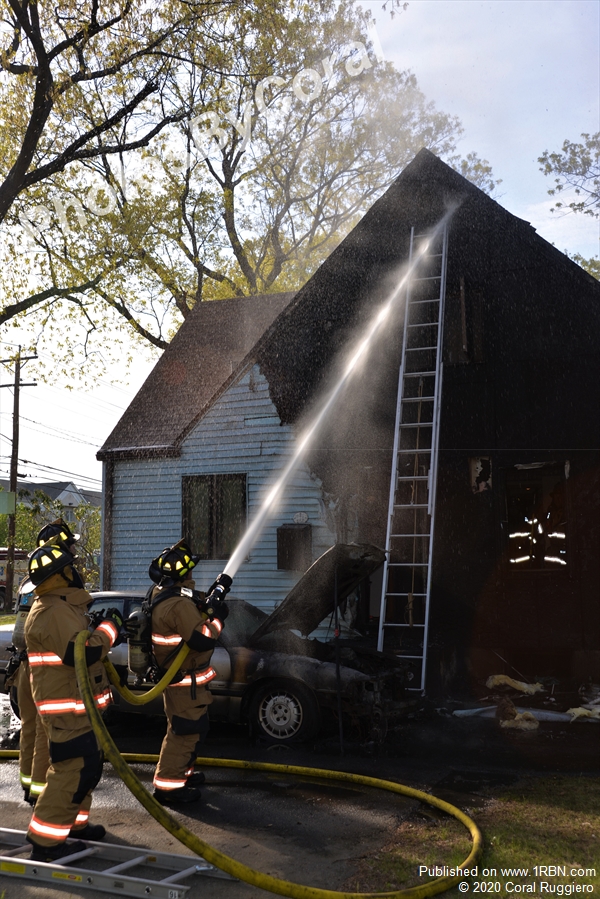 Photo by Coral RuggieroFirefighters work to douse hotspots in the attic space. 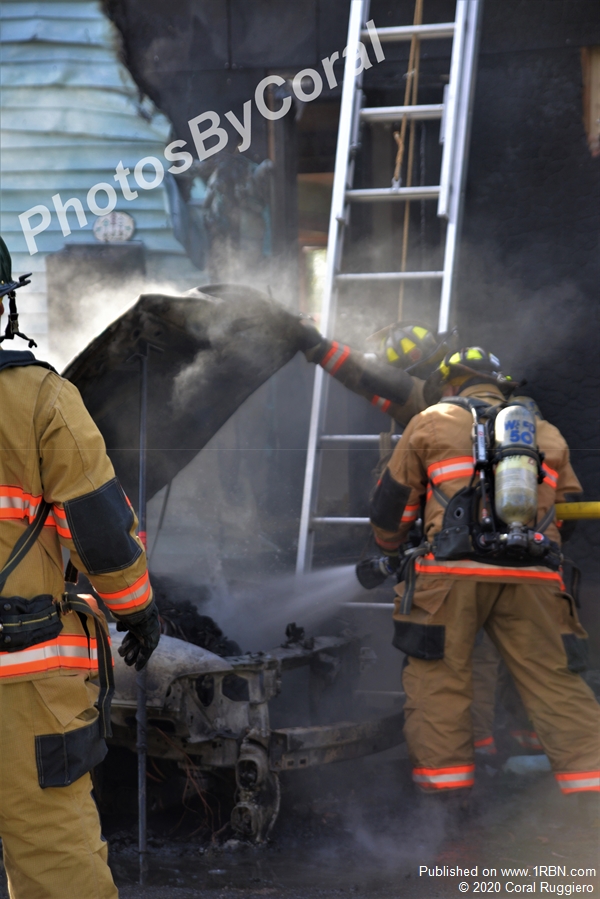 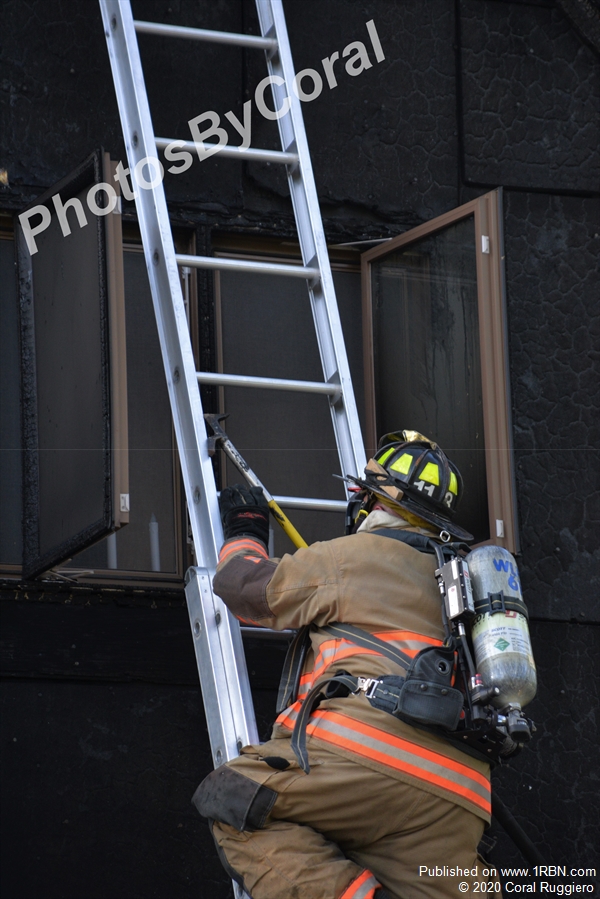 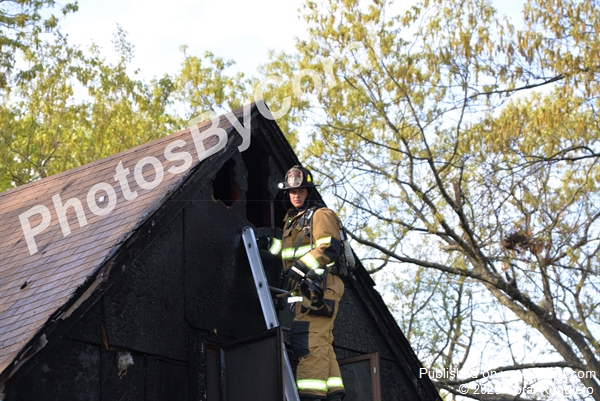 Windsor Locks, CT - On Sunday, May 17th at 5:19 P.M., the Windsor Locks Fire Department was dispatched to 54 Old County Road for a reported car fire.

Shortly after the initial dispatch, they received information that the dwelling was also involved. The residents, who were home at the time, were alerted by neighbors and able to safely escape.