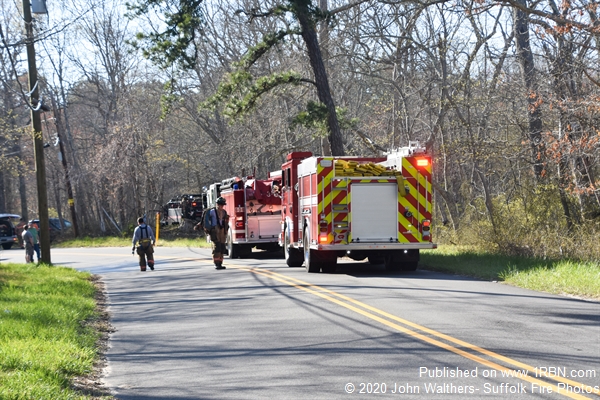 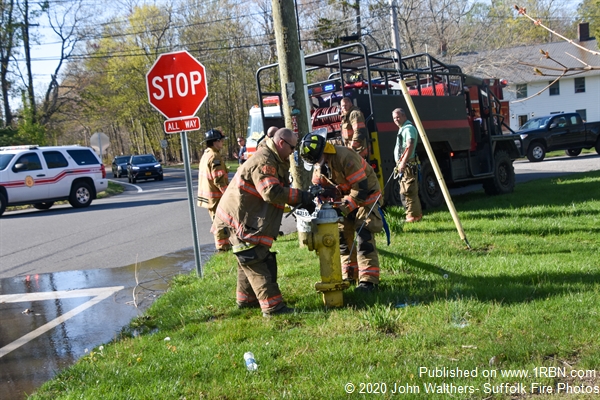 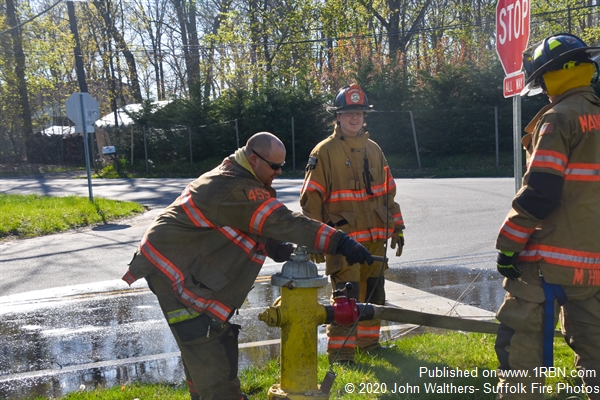 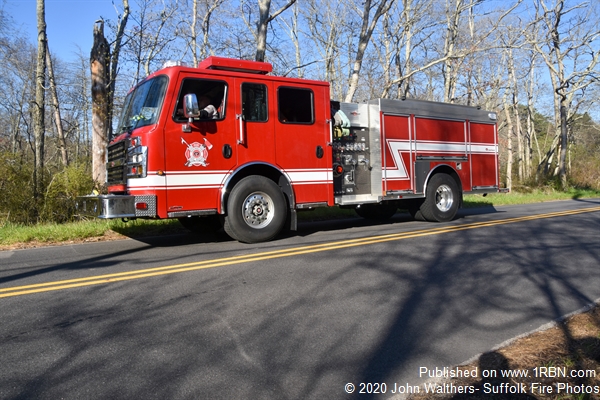 Photo by John Walthers- Suffolk Fire PhotosA Rosenbauer Engine being used by the Manorville FD is staged on North St. The Manorville FD recently took delivery of 2 engines similiar to this and has one more on the way.

Manorville, NY – On Sunday, May 3rd at about 4:42 P.M., the Manorville Fire Department was activated for a brush fire on North Street, near Wading River Road.

On arrival Chief Lindberg advised units to stage at the church on Wading River Road while he and his assistant chiefs worked to get a better location. A short time later Lindberg had located the fire and requested units to come down North Street near where they had responded to some previous fires. Engine 9 responded along with two GI’s.

The GI's were sent into the wooded area and made an aggressive attack. Due to this aggressive attack they were able to prevent the fire from spreading out of control and kept it to about an acre and a half. This area has had several fires from mid-April to mid-May, which the Forest Service and NYS DEC are currently investigating.