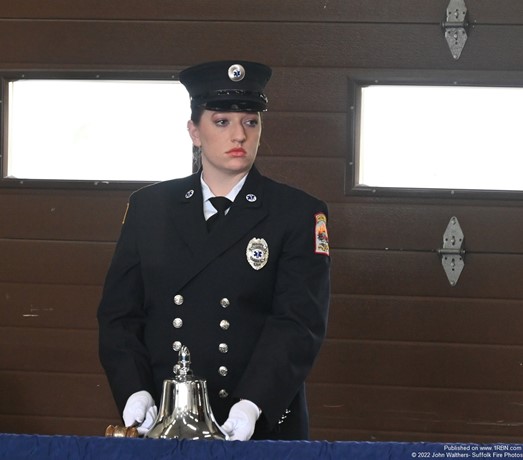 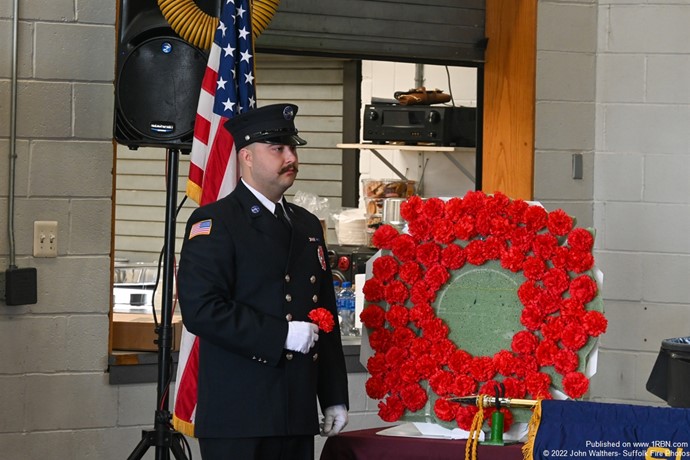 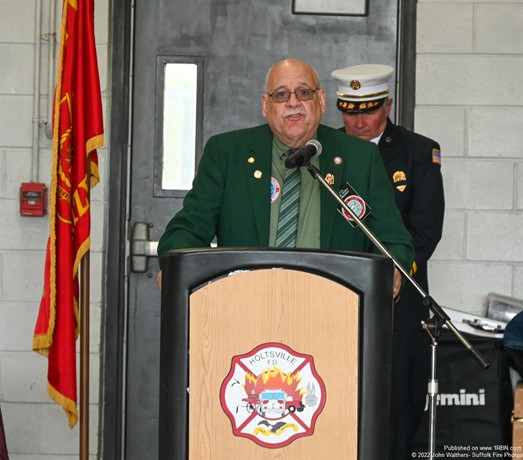 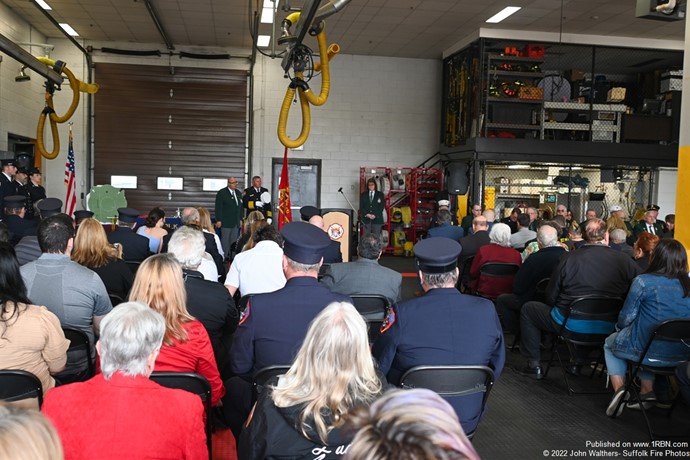 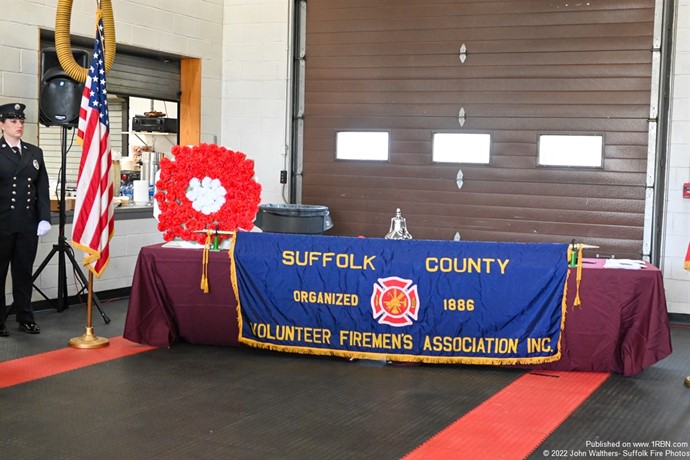 Photo by John Walthers- Suffolk Fire PhotosThe memorial tribute can be seen after the service. 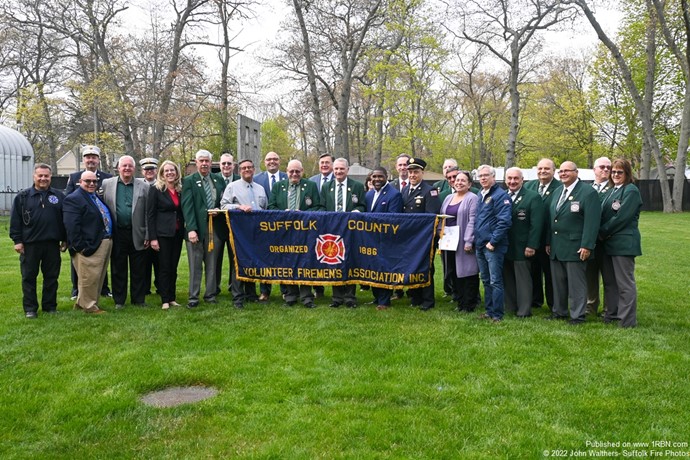 HOLTSVILLE, NY – During the first weekend of May, the Suffolk County Volunteer Firemen’s Association held its 84th annual Reverend John P. Halpin Memorial Service and reading of the names of departed firefighters and ladies auxiliary members. This year the event was graciously hosted by the Holtsville Fire Department at their headquarters.

Uniformed members of local fire departments and fire service organizations were led in via an honor guard in processional format to start the evening's services. After all members were at their designated seats, various formalities were done that are needed prior to the Chaplin doing the invocation and scripture readings.

Some closing remarks were then read and a Benediction was given by Chaplin Joseph McCarthy before the recessional hymn played and members were dismissed.