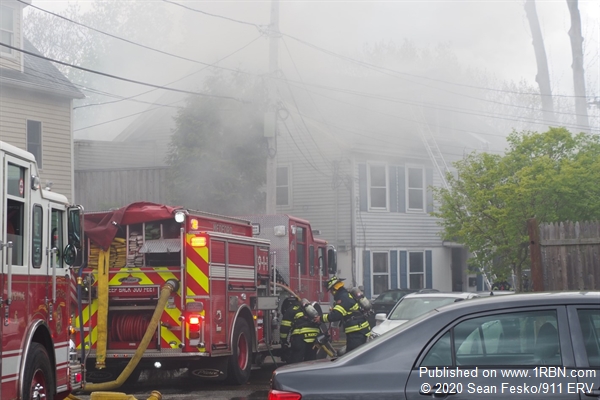 Photo by Sean Fesko/911 ERVMedford firefighters operate at a three-alarm structure fire in May 2020. 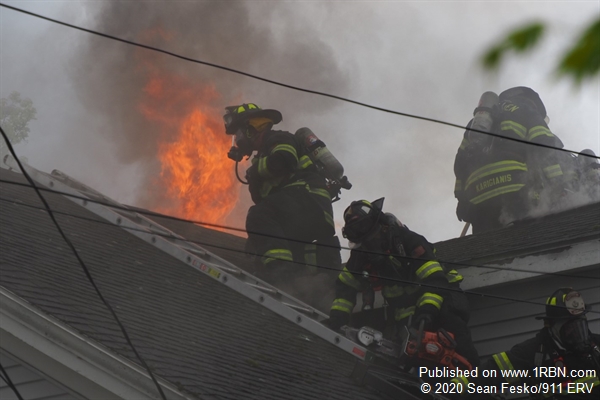 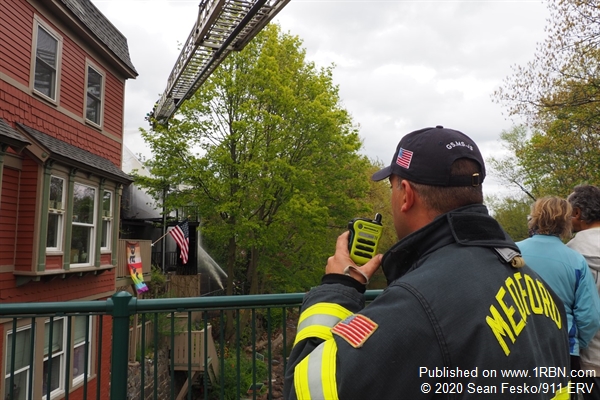 Medford, MA - On May 11th, Medford Fire Alarm dispatched companies for a report of smoke in the area of Canal Street. While en route, additional calls came in reporting a fire in the rear of a residence set alongside the Mystic River. Companies had heavy fire on arrival and immediately struck a second-alarm; a third-alarm was struck about 15 minutes later. Due to the location of the home along the river and on a dead-end section of the street, companies fought the fire streetside, in neighboring yards, and from a bridge crossing the river.