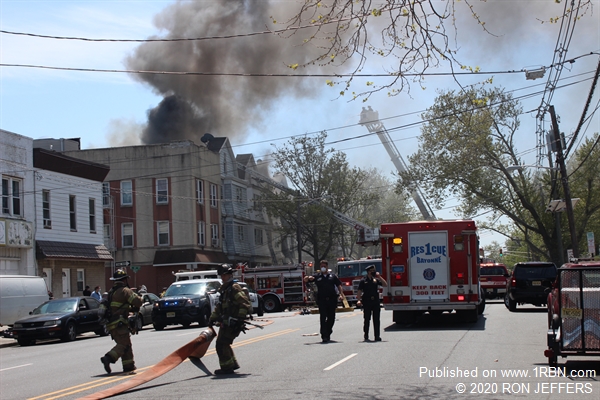 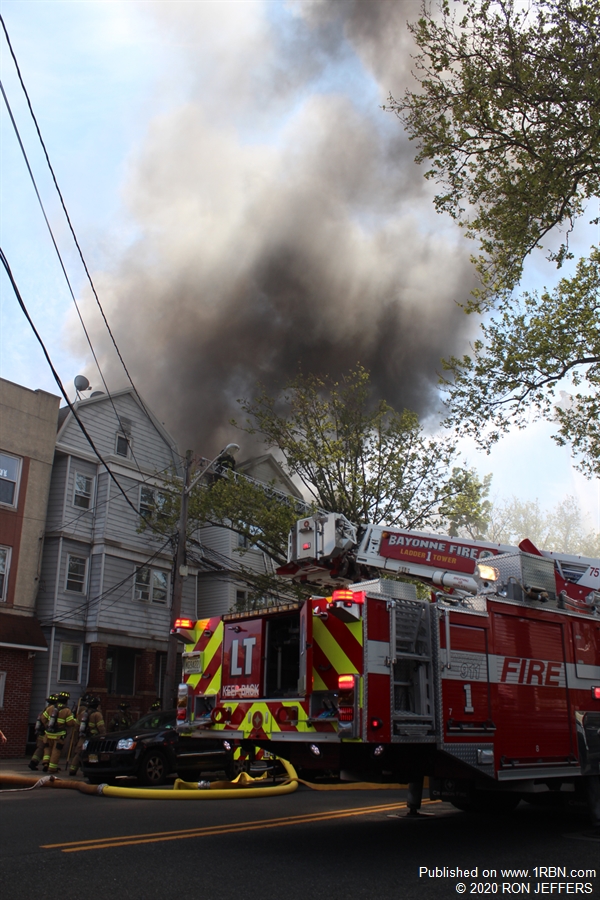 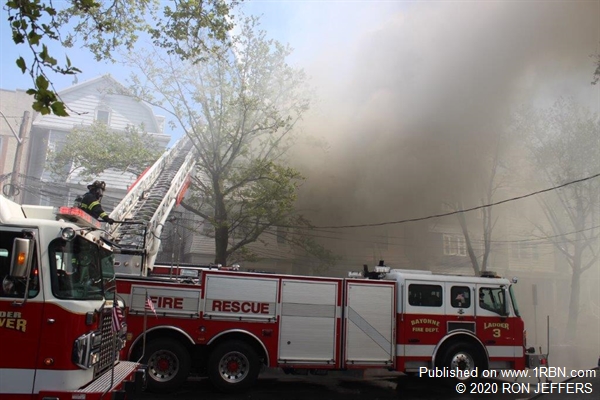 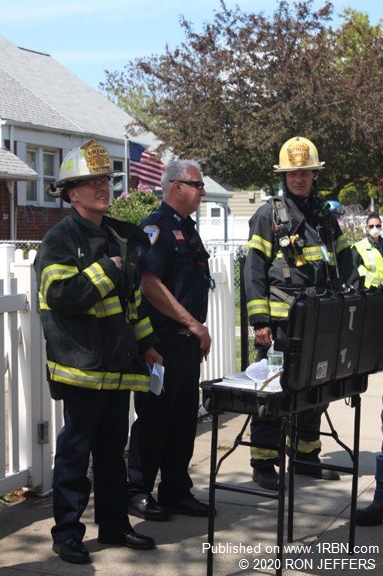 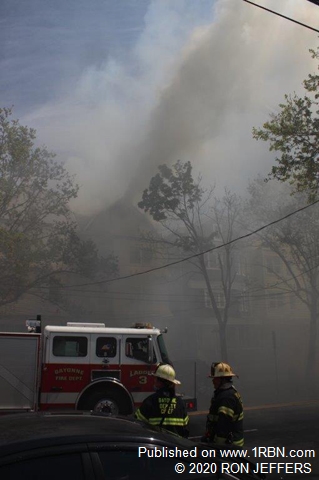 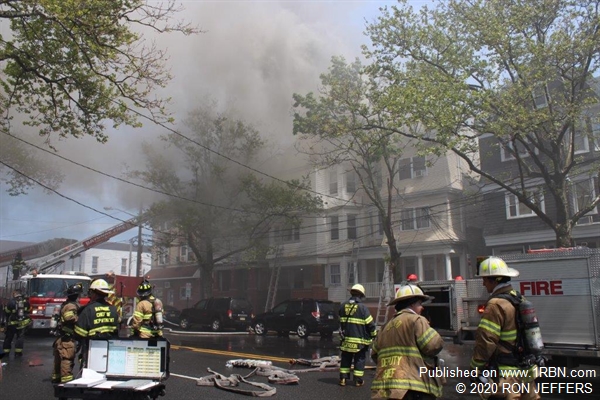 The alarm was sounded shortly before 1 p.m. for 482 Kennedy Boulevard. Firefighters found a fire on the second-floor. They began knocking down those flames; however, fire was extending up the walls into the third floor and roof area. Fire also spread to the attached dwelling on the “B” side.

A total of 4-alarms were transmitted, which brought all of Bayonne's fire companies and several from Jersey City to the scene to battle the flames. During the fire, low banking smoke also covered the boulevard obscuring the view of the burning buildings and fire apparatus. There were heavy flames venting out of the windows in the rear of the building.

Due to the dangerous conditions, firefighters operated from the exterior using numerous hand lines and two tower ladders. A partial roof collapse occurred during the blaze.

The fire was brought under control at 4 p.m., but fire companies remained on the scene to extinguish pockets of fire. Red Cross representatives were on the scene to help 52 displaced residents, and the Bayonne Fire Canteen unit set up a rehab station. In addition, fire investigators from the Hudson County Prosecutor's Officer were present to conduct an investigation.