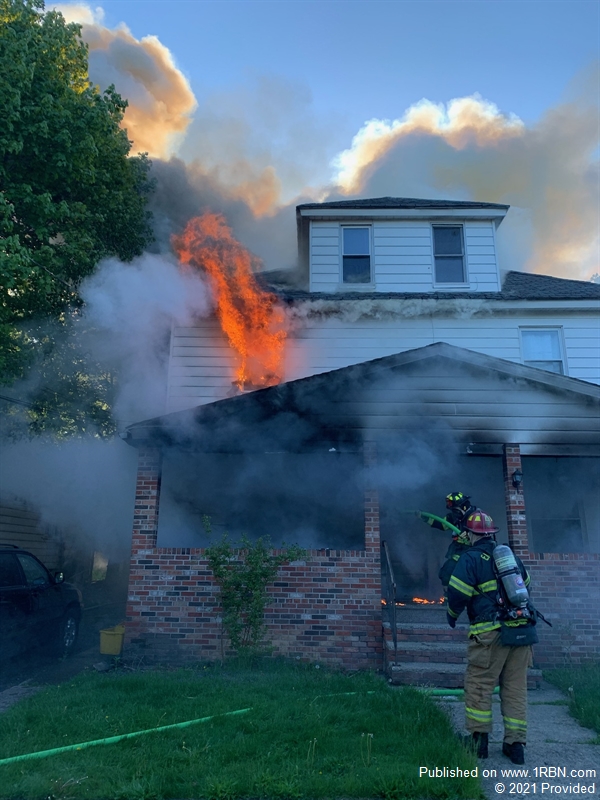 Photo by Provided'A' side of structure just as crews begin fire attack. 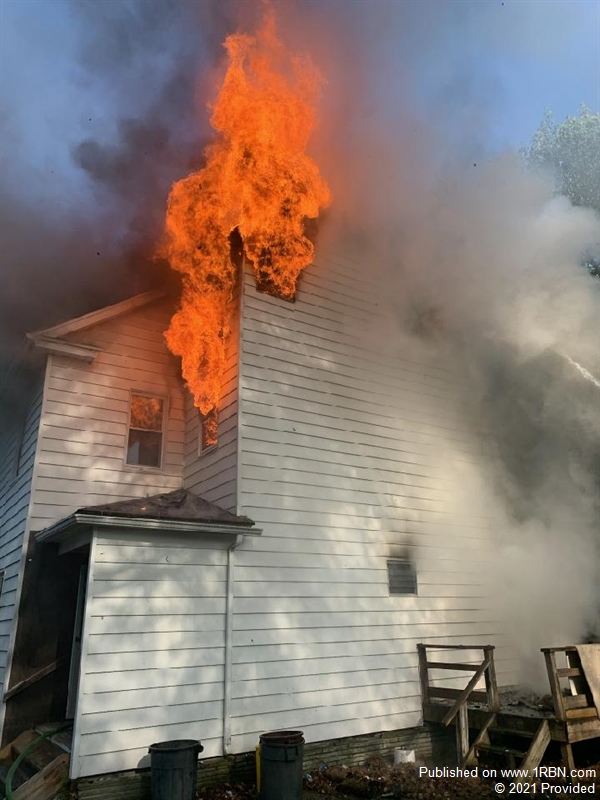 Photo by ProvidedC side of structure as crews make entry from A side. 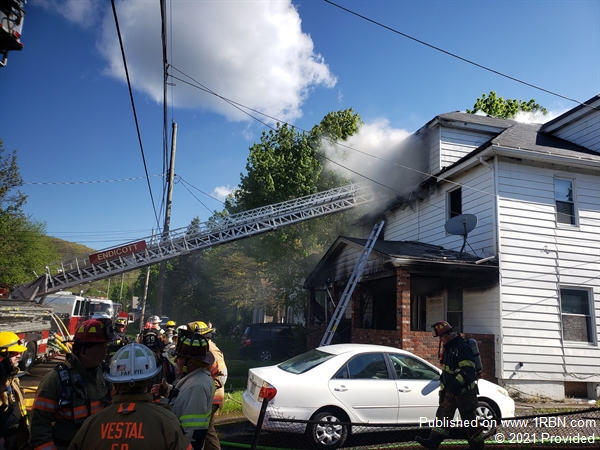 Photo by ProvidedA/D corner as crews continue to dig out hotspots. 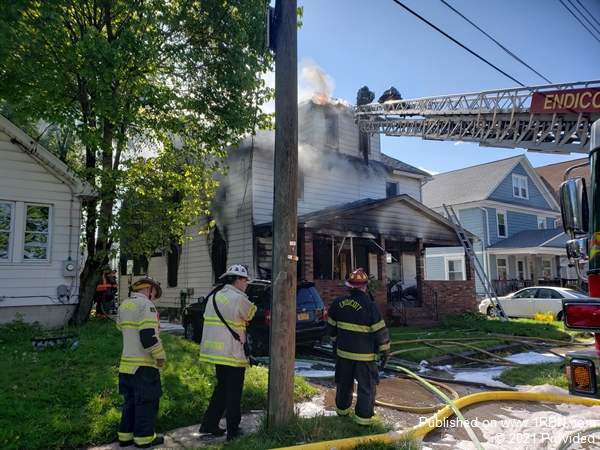 Photo by Provided'A'/'B' corner where the porch and fire escape that neighbors rescued occupants from are located. 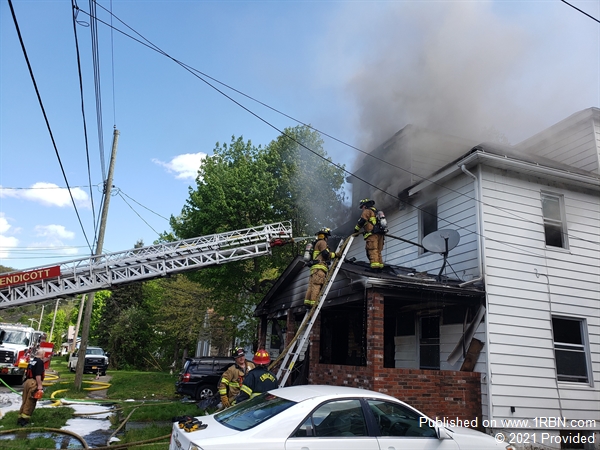 Photo by ProvidedStubborn pockets of fire still take hold in sections of the roof and dormers.

ENDICOTT, NY - Just after 8:00 A.M. on the morning of May 11th, Broome Communications dispatched the Endicott Fire Department to 103 Parsons Avenue for a reported house fire with possible entrapment. From the time units left the station a large column of black smoke could be seen and a second-alarm was requested. Quint 25 and Squad 25 arrived to find a two-and-a-half story, wood-frame, multiple-family house with heavy fire on the 'Bravo' side.

Crews immediately went to work stretching lines and beginning searches of the structure. Neighbors reported that they had rescued multiple residents off the porch roof, with another resident having jumped from the fire escape. An additional resident was still unaccounted for.

Firefighters were able to locate this resident still in their bedroom on the second floor and removed them to safety. Multiple patients were transported from the scene, but no life-threatening injuries were reported. With initial FAST team crews arriving early and being put to work to assist in suppression and search an additional FAST team was called to the scene.

Although the main body of fire was knocked down fairly early, crews continued to work for several hours chasing fire through the balloon-frame construction. Eventually dormers on the third floor collapsed, revealing pockets of fire that had been concealed under multiple layers of roofing material. Access to the second floor of the original fire apartment was difficult due to the stairwell in that apartment having burned completely through. A hole had to be made from the other apartment to gain access to that area. All units were clear of the scene at 12:24 P.M., but returned several times to confirm that there were no remaining hot spots.