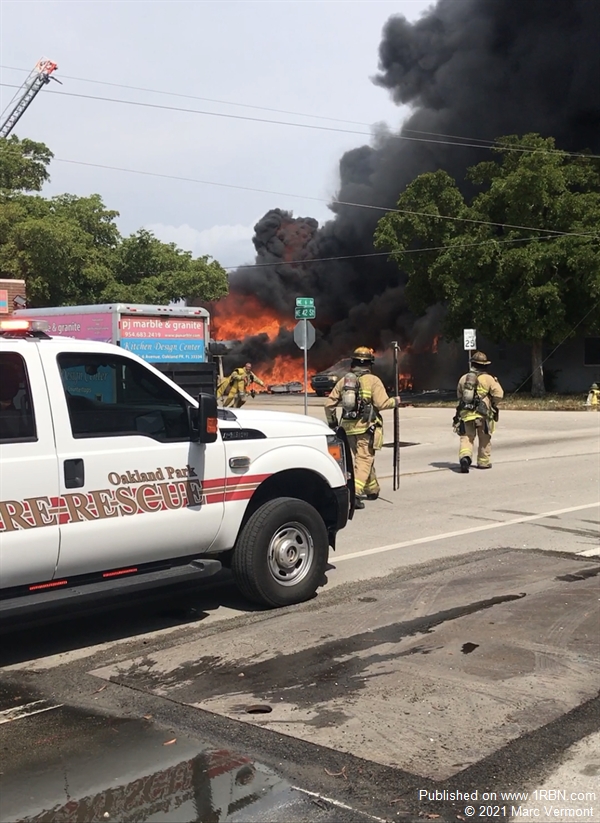 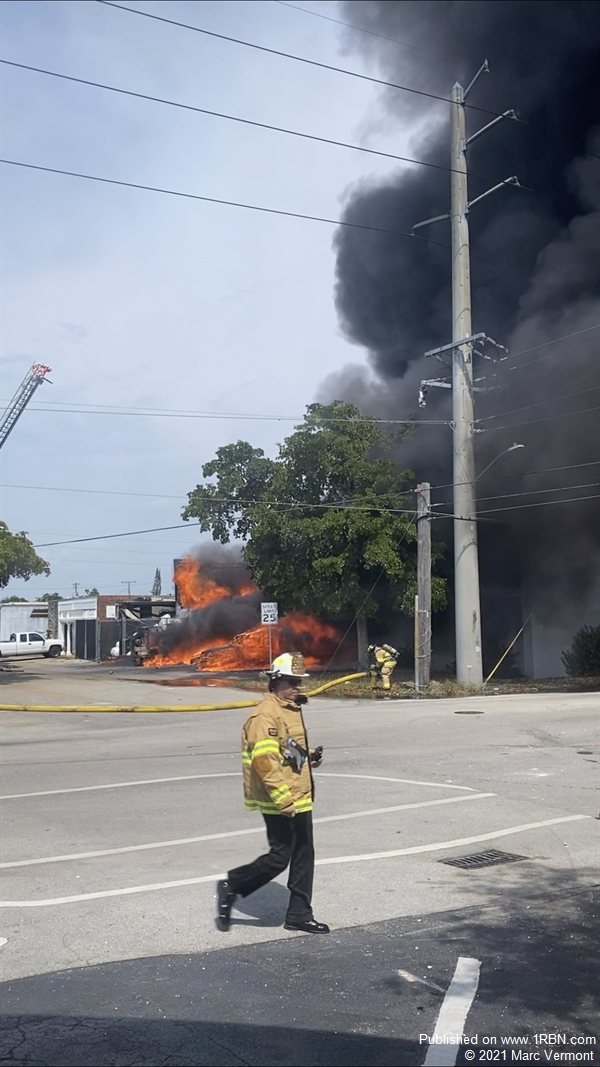 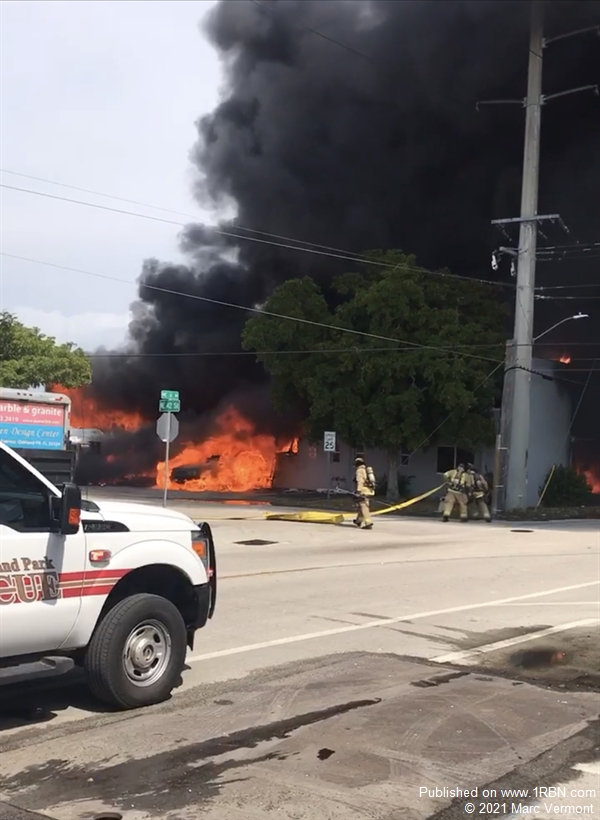 Photo by Marc VermontMaking a connection 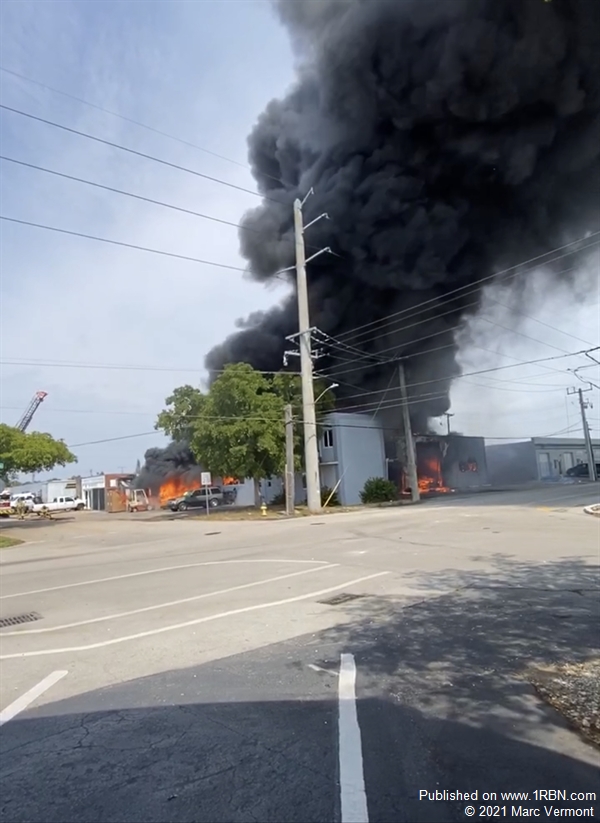 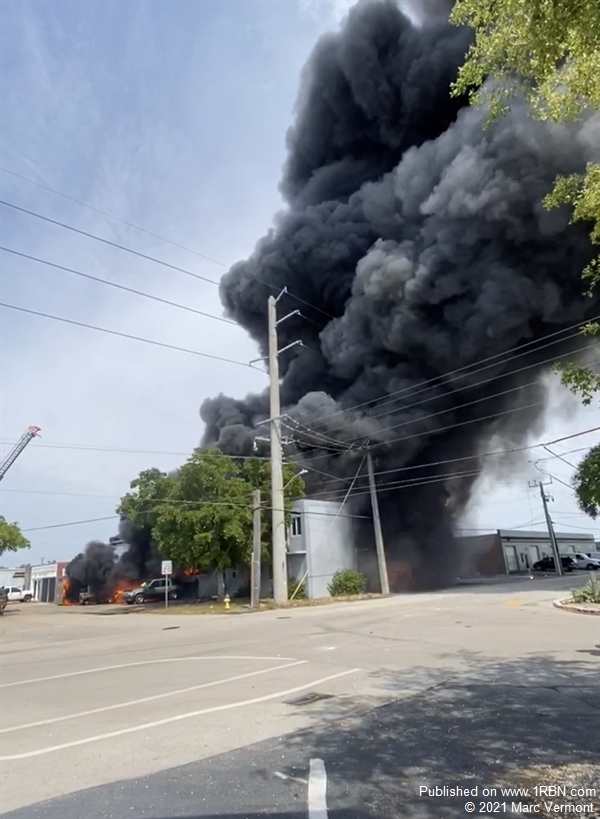 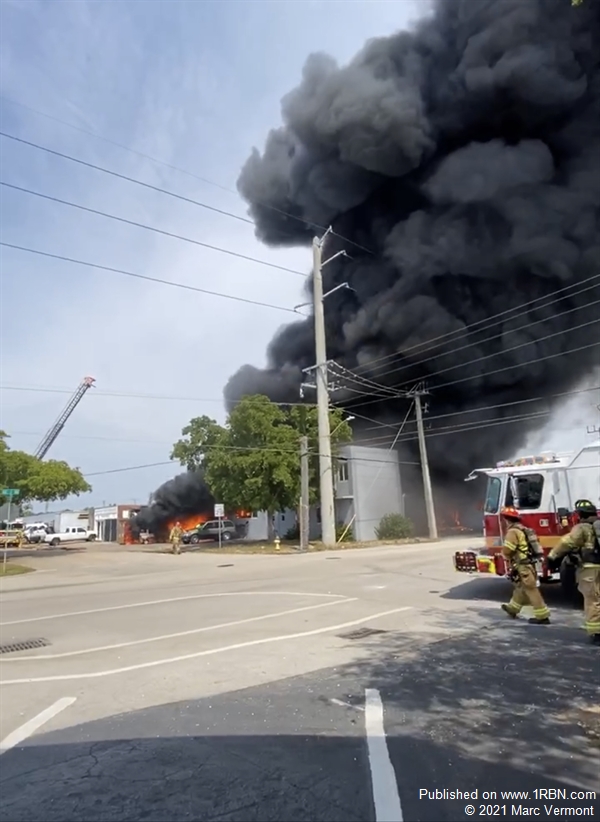 Photo by Marc VermontGetting ready for the job 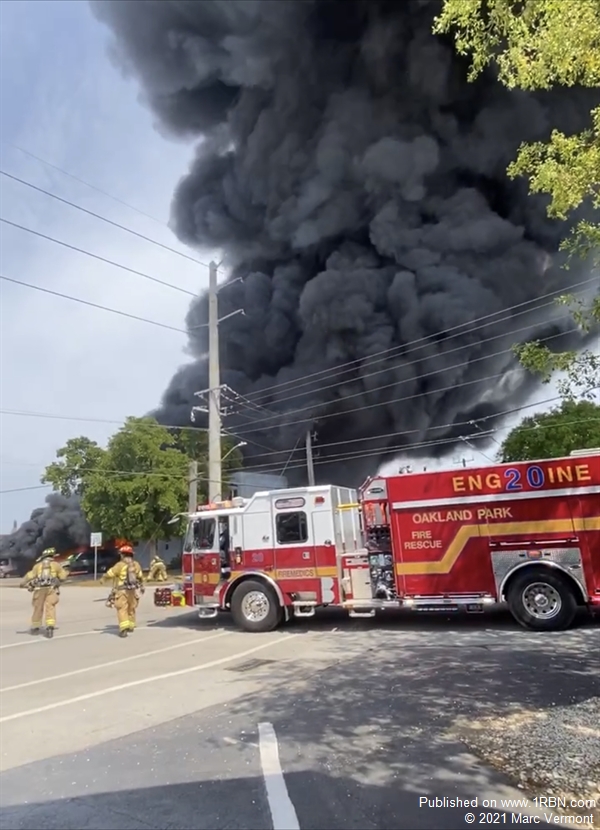 Photo by Marc VermontFirefighters in action

OAKLAND PARK, FL - At 10:53 A.M. on April 21st, Oakland Park Fire Rescue units were dispatched to a fire alarm at 4201 NW 6 Avenue. Upon exiting the station, units quickly realized that this call was not just a fire alarm after a large plume of heavy black smoke was seen from miles away in every direction.

The first arriving unit was the on-duty battalion chief, Rob Normoyle, a 28-year veteran of the fire service. Upon arrival, a second-alarm was immediately called for and a defensive attack mode was established by command. Command also received information early on that everyone had been evacuated from the building. Mutual and automatic aid units were utilized from Fort Lauderdale and Broward Sheriff's Office, Departments of Fire Rescue.

According to the report submitted by Fire Inspector Natalia Blanco-Whiteshield, the fire began when a bailing machine had an electrical malfunction and ignited the closed-cell, high-density foam. Workers attempted to extinguish the fire with three dry chem extinguishers without success. Within four minutes of the initial fire, the entire contents of the warehouse were involved. The building was engulfed in smoke and flames upon arrival and the roof had already collapsed.

Sixteen units, consisting of 45 personnel, worked in concert to safely protect exposures and extinguish the fire.