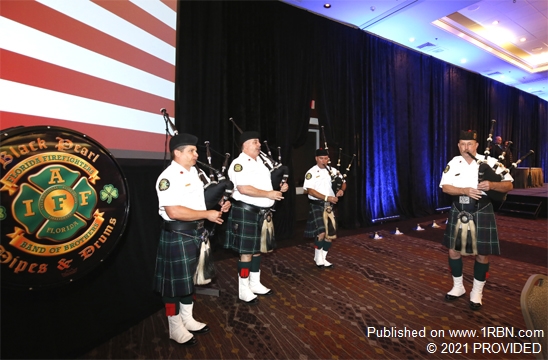 Photo by PROVIDEDPiping in: The Black Pearl Pipe and Drum Corps performs during opening ceremonies of the First There First Care Conference. 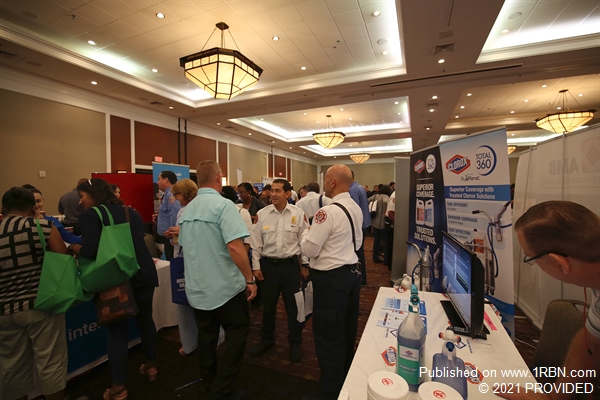 Photo by PROVIDEDLatest and greatest: The First There First Care trade show features more than 50 vendors offering the most advanced equipment and technology in the EMS and Emergency Medicine industries. 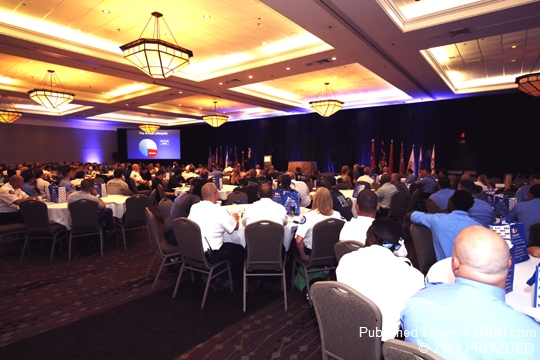 Photo by PROVIDEDCrowded house: More than 500 attendees pack the Seminole Hard Rock Hotel to listen to local “Eagle,” Dr. Peter Antevy. This year’s conference establishes an official partnership between First There-First Care and the Gathering of Eagles. Covid protocols, including social distancing, CDC guidelines, and virtual attendance will be included as part of the program. 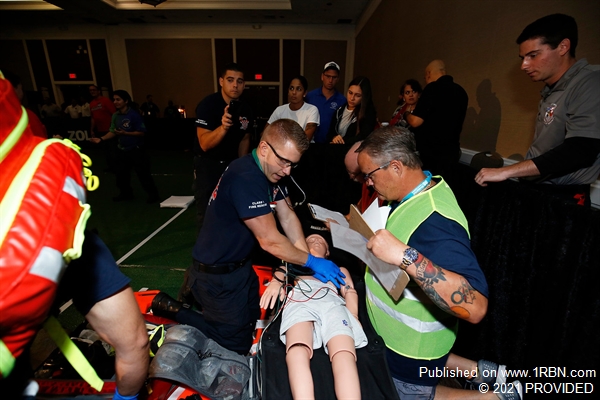 Photo by PROVIDEDTesting their mettle: ALS competition teams from all across the United States have competed in the two-day, Chief Michael Haygood, ALS Competition. Paramedics must be at the top of their game to compete at this level. 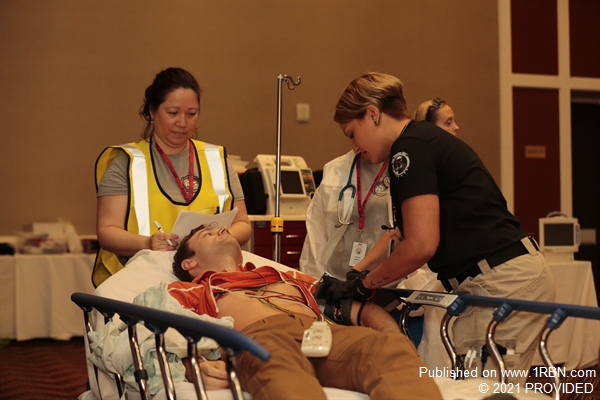 Photo by PROVIDEDOne of a kind: The First There-First Care Emergency Nursing Competition is the only one of its kind in the Country. ED nursing teams compete head to head in high stress, demanding scenarios that test the very core of their knowledge and experience. 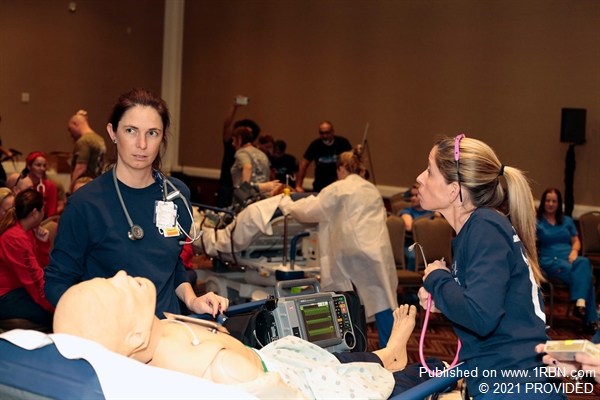 Photo by PROVIDEDOne of a kind: The First There-First Care Emergency Nursing Competition is the only one of its kind in the Country. ED nursing teams compete head to head in high stress, demanding scenarios that test the very core of their knowledge and experience.

It’s the top of the seventh, the score is tied, and the bases are loaded. The pitcher begins his windup. Suddenly, and without warning, there is a crack of thunder, a flash of lightning, and everything goes dark.

Moments later, as lights come back up, several players are down on the field; some not moving. Within minutes, a team of paramedics enter the field, set up triage and begin treating the injured. There are five patients – one in cardiac arrest, another with severe chest and hand burns, and a third seizing.

Additional units arrive, quickly treating and transporting the most seriously injured to the alerted and prepared local hospital where a team of emergency nurses and attending staff spring into action providing lifesaving, definitive therapy.

While this may seem like a scene from a crossover TV series, in fact it is the opening day of the First There First Care-Gathering of Eagles Conference (FTFC-GOE) to be held, this year, at the spectacular Hard Rock Hotel Resort and Casino in Hollywood / Ft Lauderdale, Florida.

The FTFC five-day conference, held every year in June, opens on June 14 with the Florida Resuscitation Academy and the perennially-popular ALS and Emergency Nursing competitions -- and it closes June 17 and 18 with the world-acclaimed, content-packed EMS State of the Science: Gathering of Eagles conference.

Past evaluations and attendee comments cite the FTFC conference, now in its 24th year, as featuring the highest caliber of training and education available to the EMS and emergency department communities.

This year, partnering with the globally-recognized talent of the “Eagles”, FTFC even promises to surpass its longstanding track record for being the most informative and entertaining take-home conference in the world of EMS and early emergency department care.

The Eagles team is primarily comprised of jurisdictional Metropolitan EMS Medical Directors for 50 of the nation’s largest cities and their counterparts in the UK, Europe, Australia, New Zealand and other nations as well as the medical officers from pivotal federal agencies and the leadership of major societies such as the American College of Emergency Physicians (ACEP), the National Association of EMS Physicians (NAEMSP) and Medical Directors from the National Association of EMS Officials (NAEMSO).

The week-long event features a pragmatic and user-friendly trade show as well as many pre-conference mini-sessions, progressive wellness initiatives, welcoming receptions, and a high level of EMS and Nursing CEUs -- Category I medical CMEs for the docs are also available.

The trade show features more than 50 vendors, offering the latest in prehospital and emergency department concepts and equipment which will permit additional learning and knowledge advancement for attendees.

Due to COVID-19 restrictions, last year’s in-person conference was deferred to 2021. This year, the programs are being offered both in-person and virtually, allowing attendees to participate in the entire program or select portions.

The Seminole Hard Rock Hotel and Casino provides an opulent backdrop and destination resort for this high-profile conference. While the iconic guitar-shaped hotel towers above, the resort’s convention center is a high-tech, ultra-modern venue that facilitates both high-level health safety and sound learning.

To ensure the health and safety of those attending in person, all CDC guidelines as well as Broward County, Florida’s safety protocols will be observed.

Along with joining the Gathering of Eagles, this year’s program features the two-day, Certified Emergency Nursing (CEN) course and the one-day, Florida Resuscitation Academy during its mini-sessions.

FTFC-GOE is also privileged to host the highly-touted Theater of War program. The program is long-endorsed by the U.S. Department of Defense for its effectiveness in providing insight and self-reflection for those on the front lines. The popularity of TOW has captured the attention of the EMS and EM communities with respect to its relevance for emergency caregivers in terms of crisis coping during, and after the COVID pandemic. FTFC is proud to engage the TOW and its team of Hollywood actors joining us in a very special session.