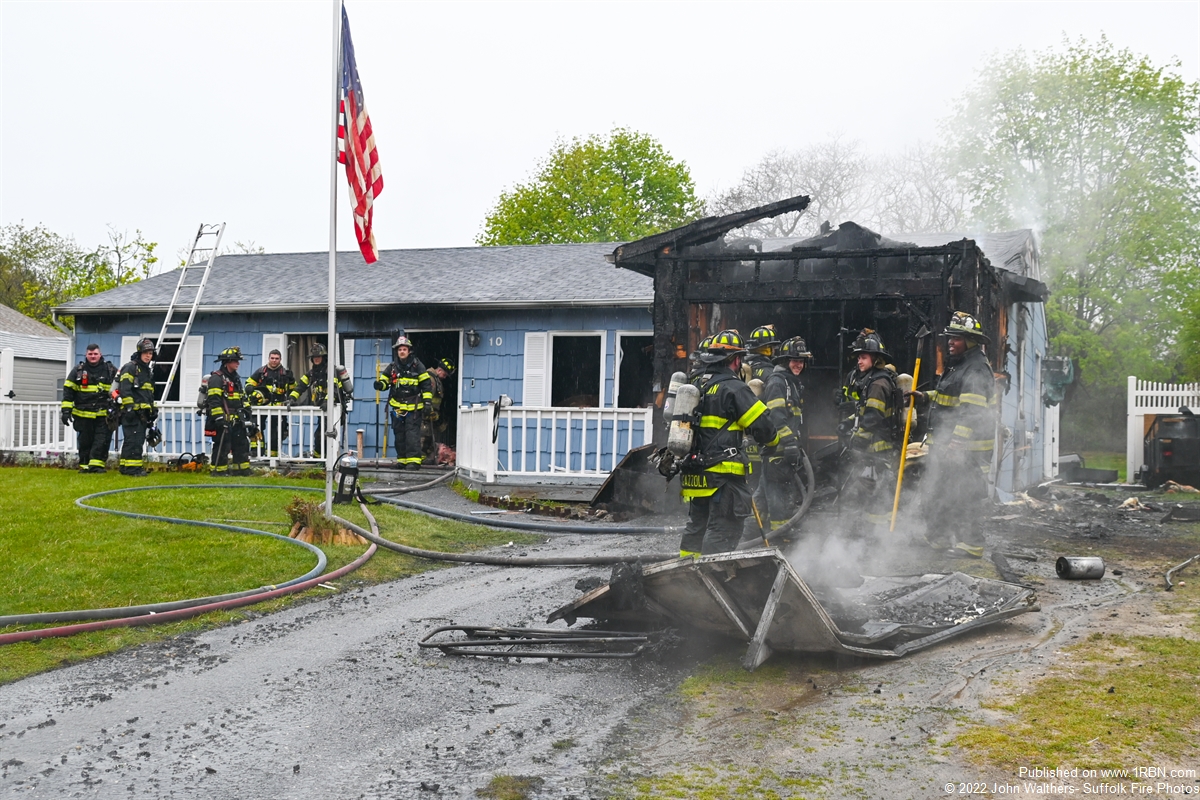 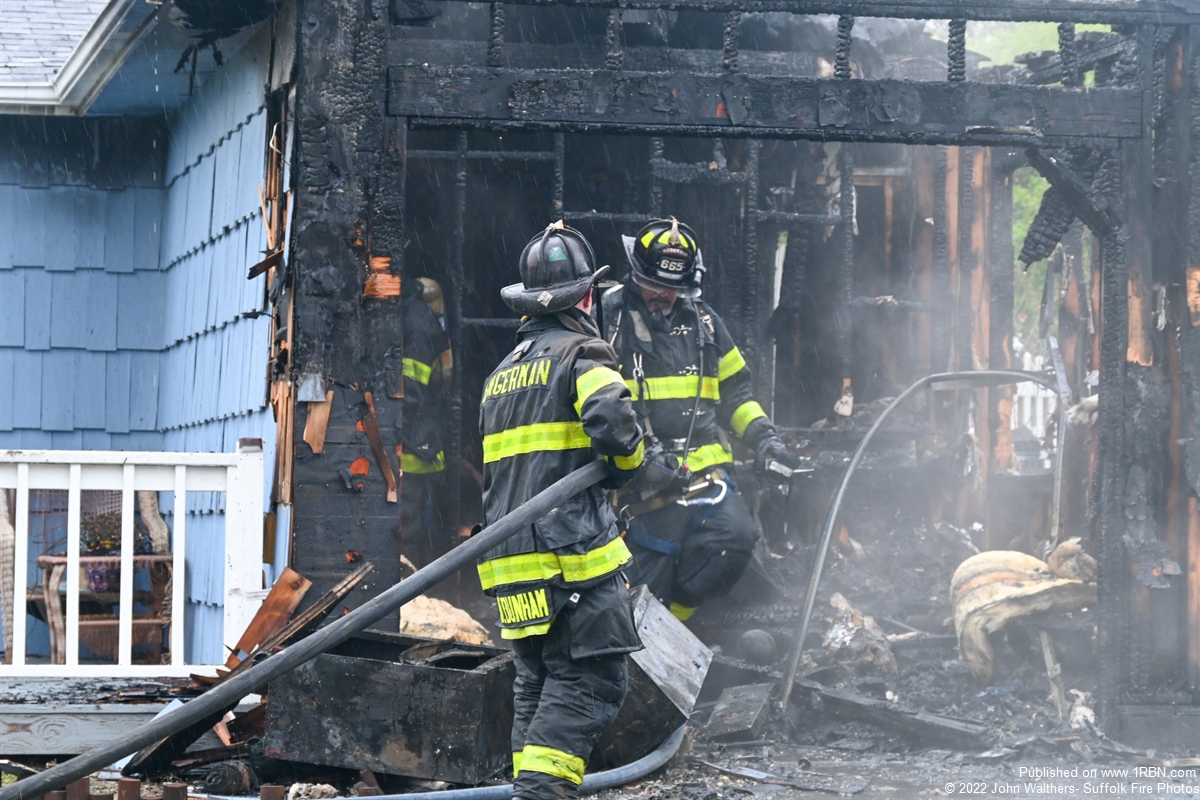 Photo by John Walthers- Suffolk Fire PhotosOn May 6th 2022 firefighters were called to Kyle St for a reported structure fire and found the garage well involved on arrival. 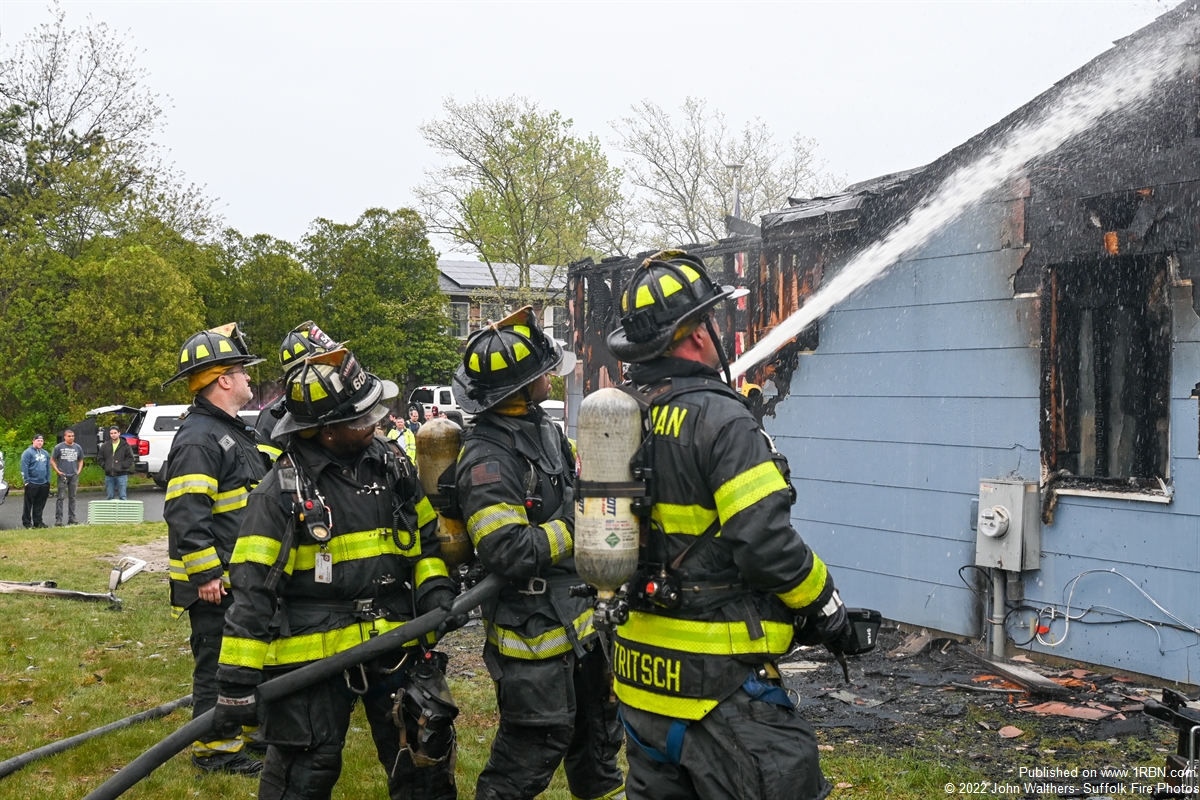 Photo by John Walthers- Suffolk Fire PhotosFirefighters work to ensure there are no hotspots after a house fire on Kyle St in North Bellport recently. 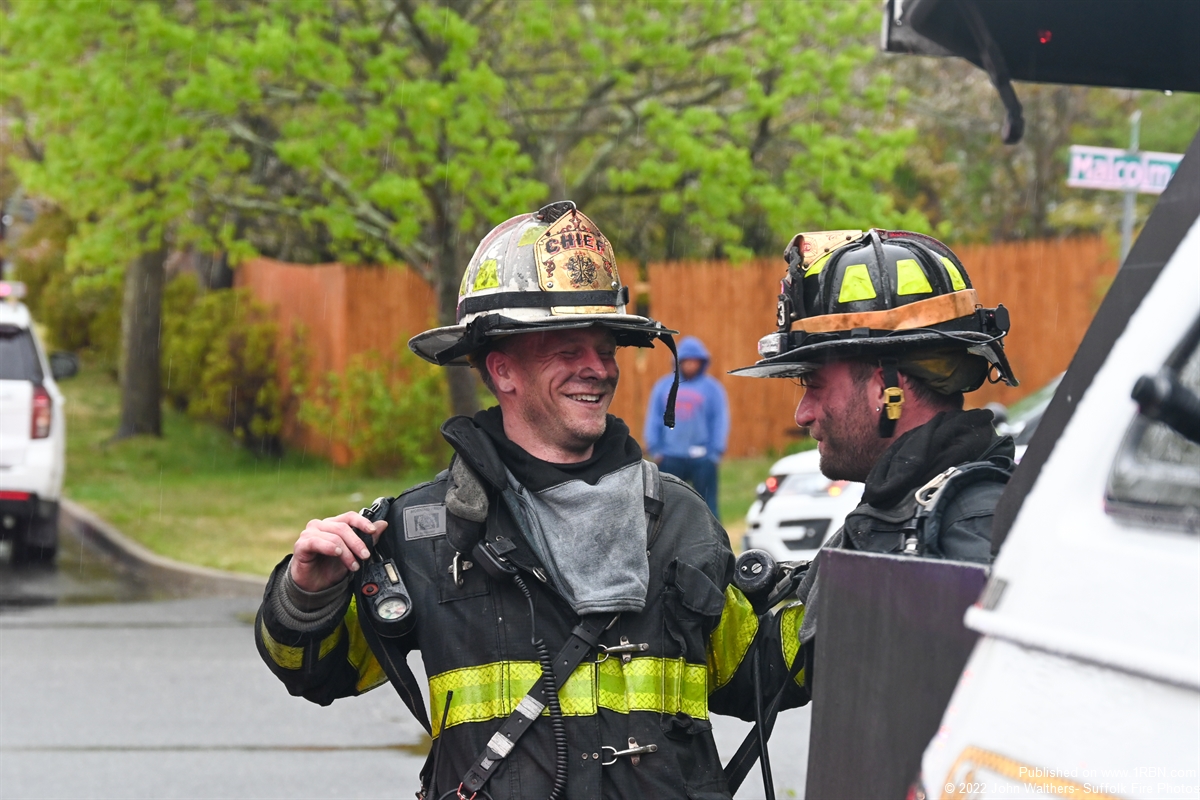 Photo by John Walthers- Suffolk Fire PhotosAssistant Chief Corey Citarella talks to one of his men after exiting the stucture at a house fire on Kyle St. 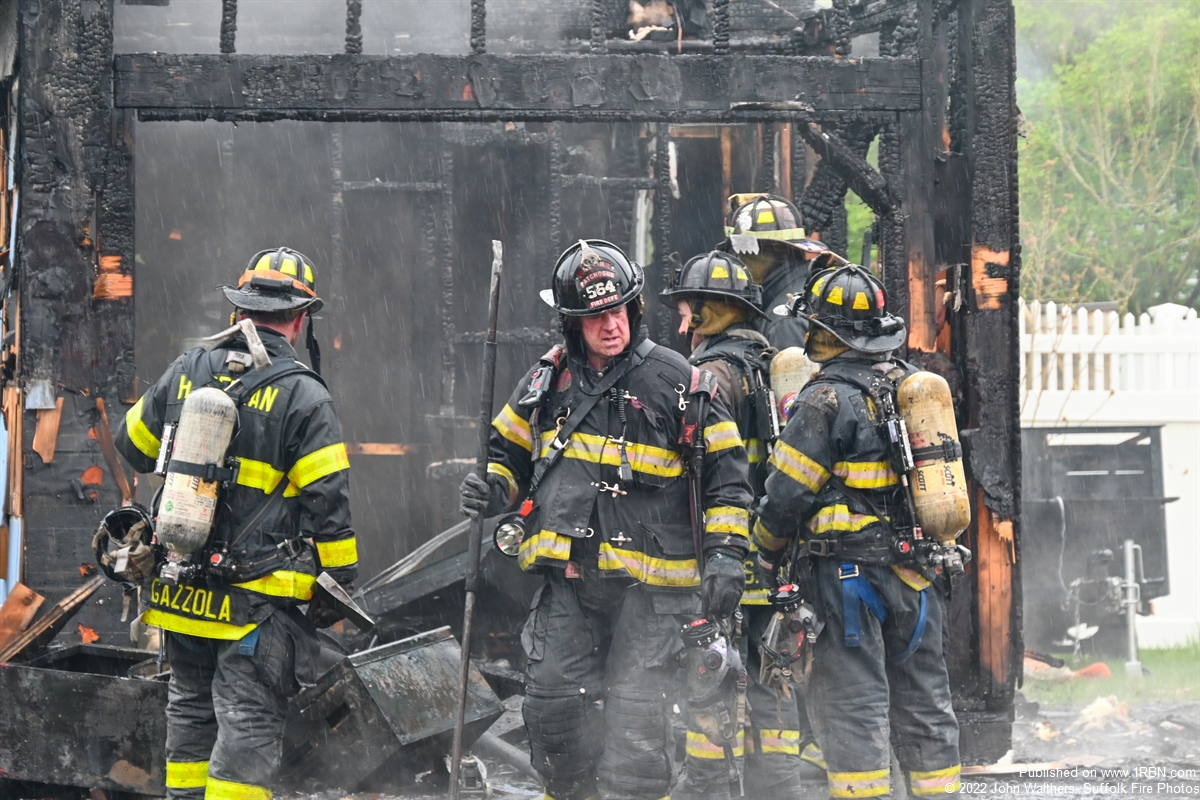 North Bellport N.Y. – On Friday May 6, 2022, at 5:12 PM the Hagerman Fire Department was dispatched to a reported structure fire on Kyle St off Malcom St. Firecom advised incoming responders that callers were stating an attached garage was on fire. On arrival of the first due chief a working fire was transmitted. Mutual aid began to quickly be requested to the scene from North Patchogue and Medford to assist.

The first due engine crews quickly began to hit the fire with tank water from handlines stretched. Though the occupants were home at the time all searches were determined to be complete and negative as the occupants were able to get out of the home. The fire was knocked down relatively quick. Companies conducted overhaul. Chief of Department Tom Dunham was in command of the incident. South Country ambulance was also on scene to assist. No injuries were reported and the Brookhaven Town Fire Marshal was notified for assistance in investigating the cause of the fire.