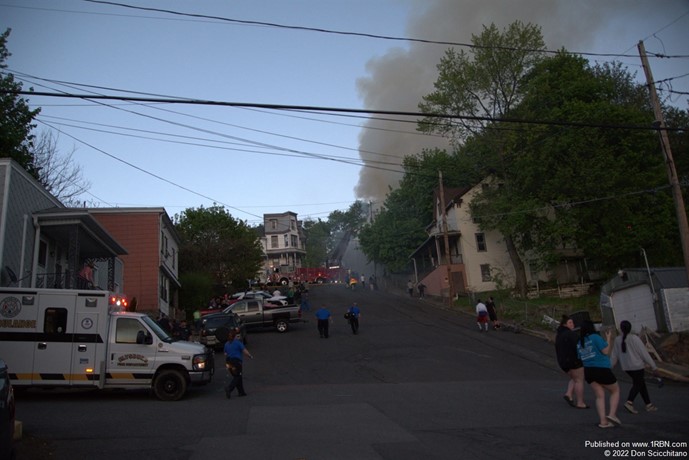 Photo by Don ScicchitanoUnits knocked most of the fire down with elevated streams. 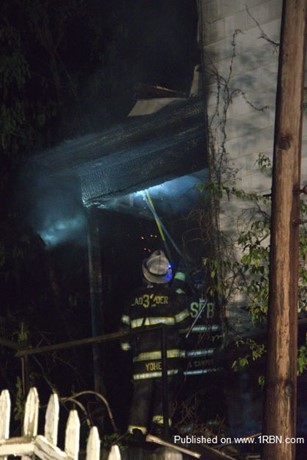 Photo by Don ScicchitanoEmbers fall from a back porch during overhaul. 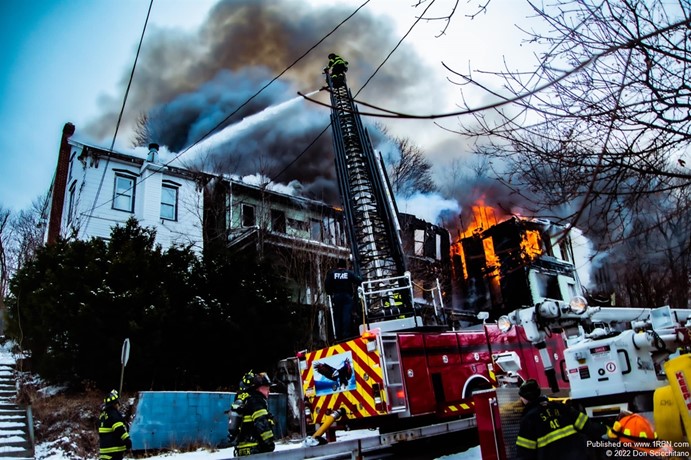 Photo by Don ScicchitanoThe previous fire from January 2022 at the abandoned row of houses.

SHAMOKIN, PA - On May 9th, Shamokin firefighters were once again called to 7th and Pine in the city for a working fire.

Units arrived to find the building, which had previously burned back in January of this year, well involved with heavy fire showing from the rear floors of the structure.

Due to the state of the building from the previous fire, the blaze was mainly fought from the exterior with master streams from Truck 32 and Squirt 34. Units are currently investigating the blaze trying to find what caused it, as there were no utilities and the building was condemned due to the previous damage from the fire in January.