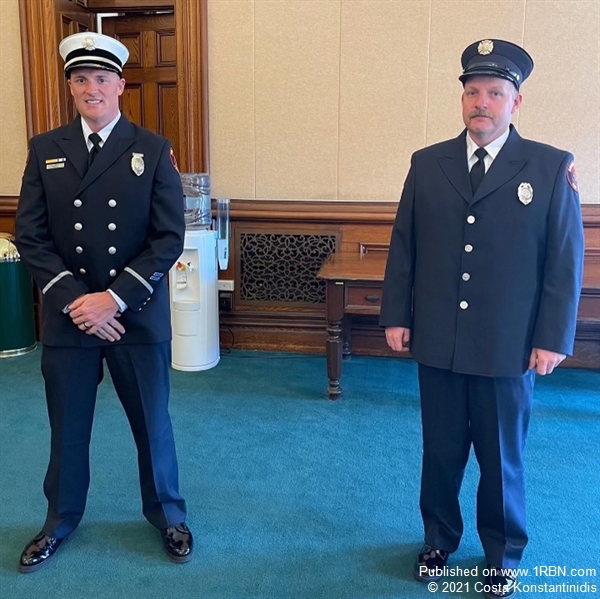 Photo by Costa Konstantinidis Lieutenant Griffin and Director Waters after being sworn in to their new positions. 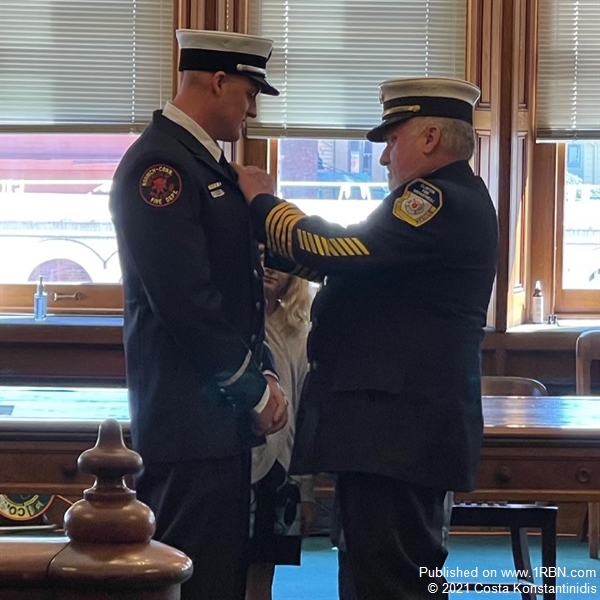 Photo by Costa KonstantinidisChief Kevin Griffin pinning the badge on his son. 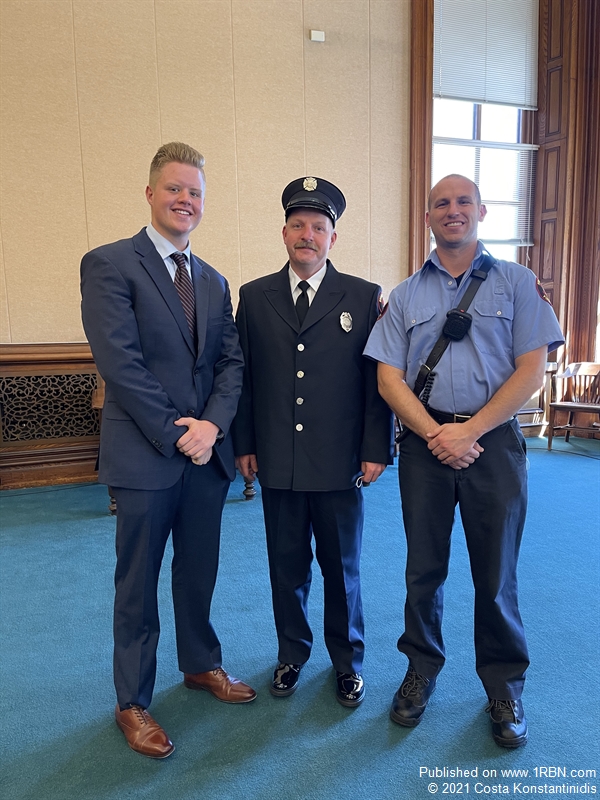 Adam Griffin, a United States Coast Guard veteran and 12 year Norwich Fireman, was promoted to lieutenant and will now be assigned to Engine 3 on Platoon Four. Lieutenant Griffin had his new badge pinned onto his uniform by his father, Kevin Griffin, a past chief from Clinton, New York.

Mark Waters, a retired battalion chief from the New London FD was sworn in as the department’s new Director of Training and Safety. He will oversee all training functions of the department, as well as respond to all major incidents as the safety officer. Director Waters had his badge pinned by his son Conrad and daughter Marissa.

We welcome you to your new roles and look forward to working with you.