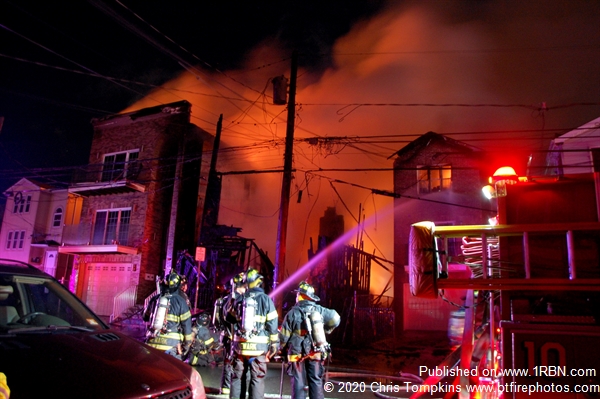 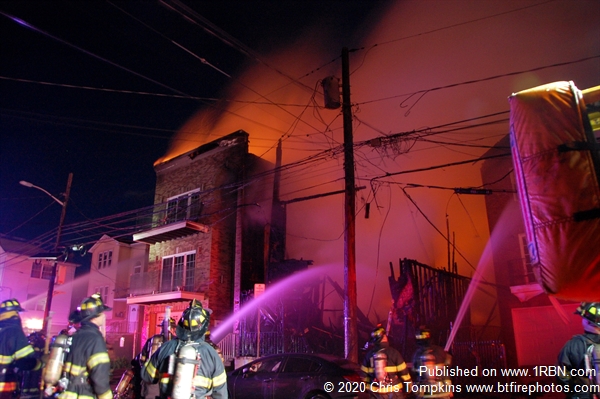 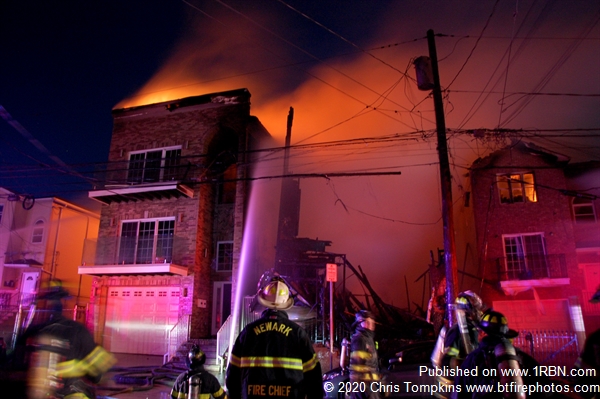 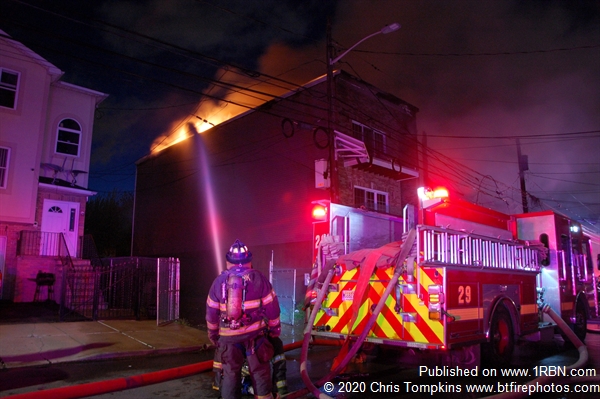 Newark, NJ - Three homes were destroyed and several others damaged in a fast-moving second-alarm fire that was fueled by high winds early Saturday morning, May 9th.

Just after 4:00 A.M., Newark firefighters were dispatched to the area of 90 Wright Street for a reported structure fire. Engine 10 quickly arrived to find a large three-story home fully involved and threatening both the 'Bravo' and 'Delta' exposures.

One deck gun, portable monitors, and multiple handlines attacked the fire, which took about an hour to bring under control. Three homes were totally destroyed and at least three others sustained damage. An additional two engines and one truck were called above the second-alarm for water supply. No injuries were reported and the fire is under investigation.