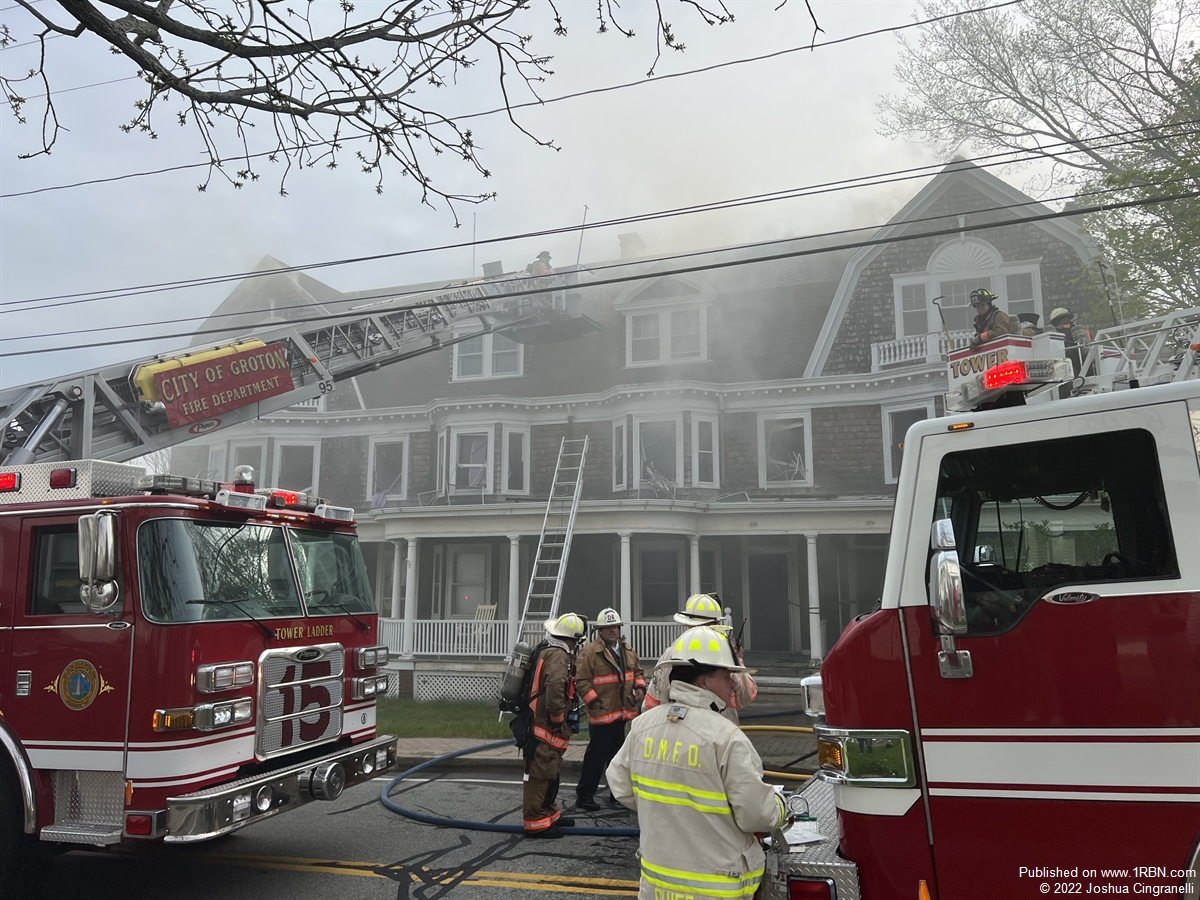 Photo by Joshua CingranelliCrews battled a basement fire in this large apartment house. 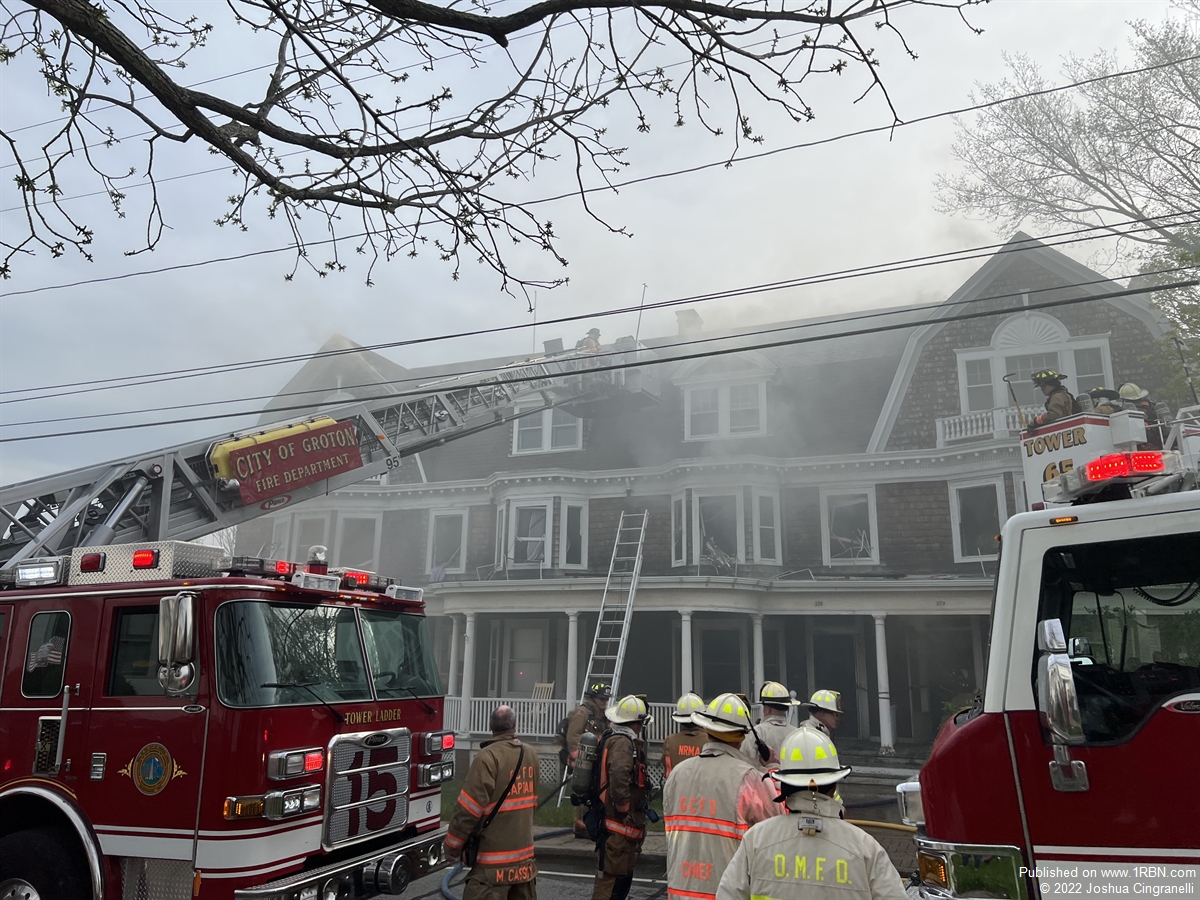 Photo by Joshua CingranelliGroton Tower 15 with Sub Base Tower 65. 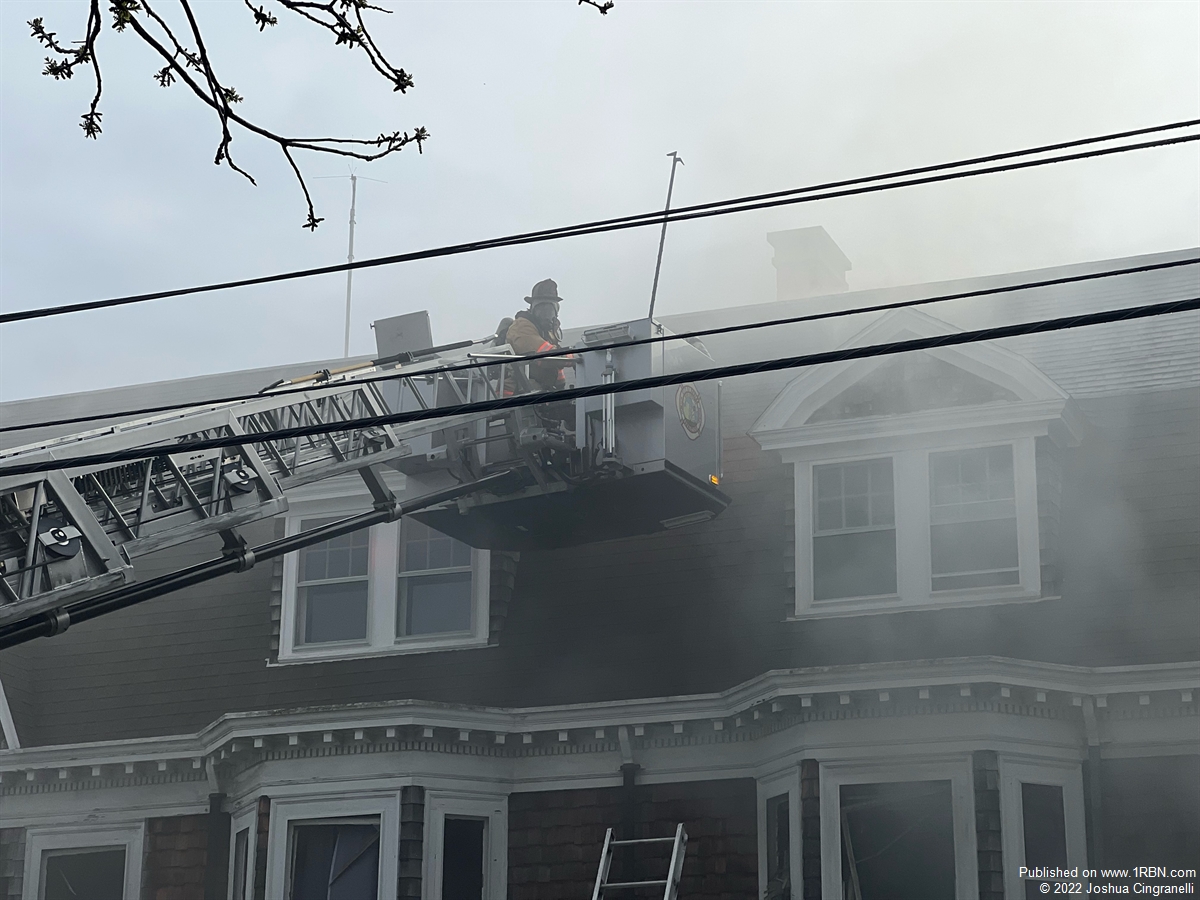 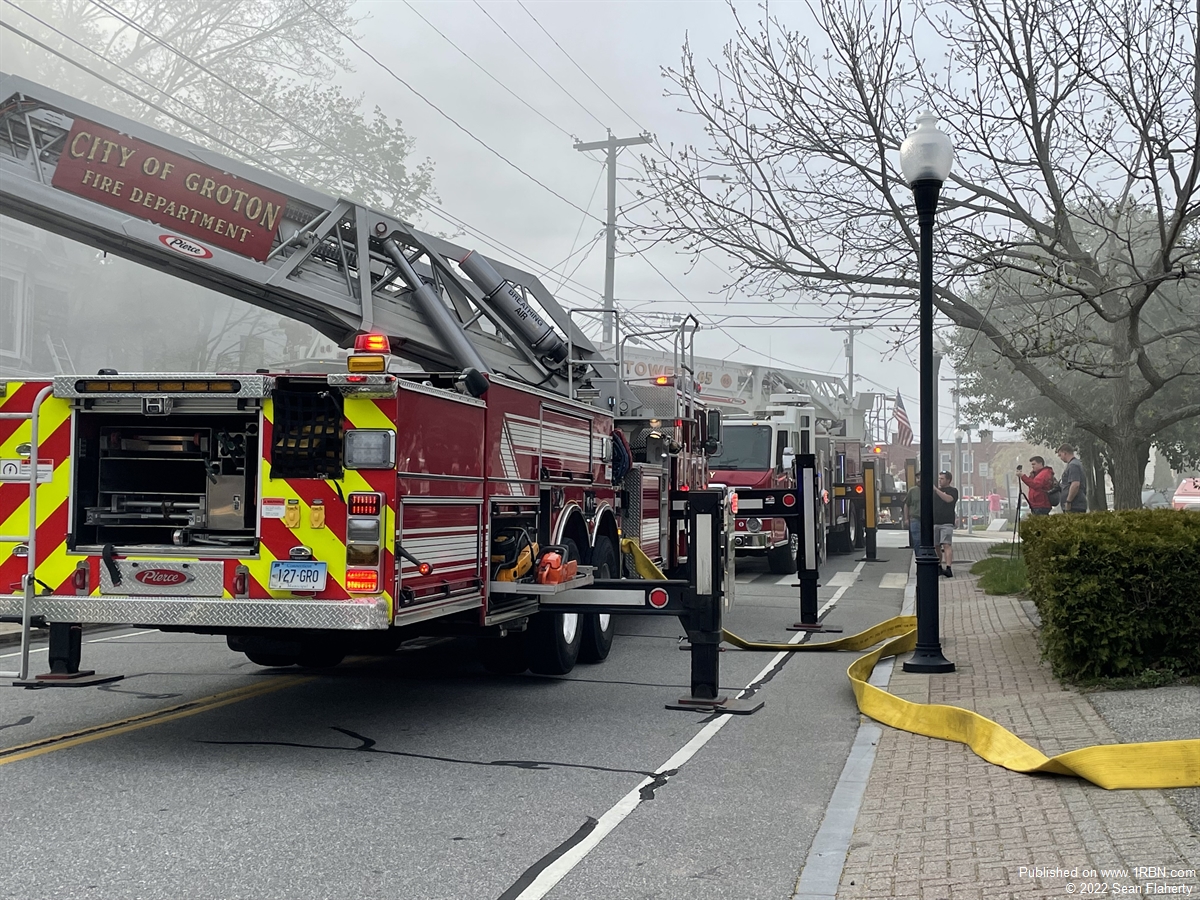 At 4:54 pm on Thursday, 5/5/2022 the City of Groton Fire Department was dispatched to 275 Thames Street for a caller reporting a small fire in the basement that she believes she put out with a hose. A minute later Groton Fire Alarm updated companies they were receiving multiple calls for smoke coming from the house and that people were possibly trapped. They upgraded to a Box Plus bringing Electric Boat Engine 12, Poquonnock Bridge Engine 32, a Mystic Engine, Old Mystic Engine, Sub Base FAST and a Groton Ambulance.

Groton Engine 11 arrived at 4:57 with smoke showing and said they had a victim out front requiring an ambulance. Their crew stretched a 1.75" hose line to the basement. G-10 transmitted the first alarm at 5:10. Command transmitted the second alarm at 5:17 which added Mystic G-51, G-55, Old Mystic G-67, Center Groton G-71, Sub Base Tower 65, Mohegan Tribal FAST, the Canteen and a Noank Engine for coverage. Towers 15 and 65 performed horizontal ventilation.

Command transmitted the third alarm at 6:00 which added Ledyard Engine 11, Gales Ferry Ladder 25, Rescue 27, Norwich FAST, an additional ambulance and a cover company from Waterford. Command reported the fire knocked down at 6:23. Rescue 27 was not able to respond so Montville’s Rescue was started and then North Stonington’s for their cascade. The Groton Fire Marshal is investigating.