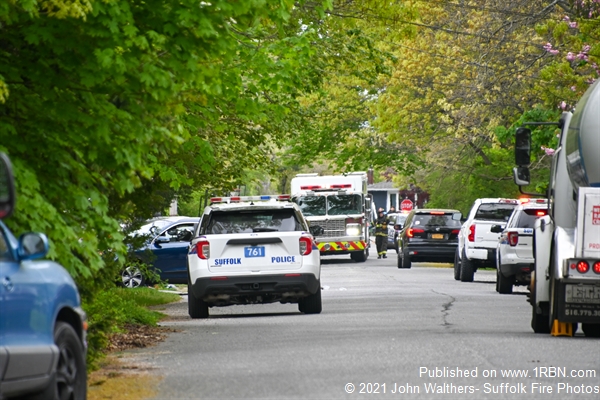 Photo by John Walthers- Suffolk Fire PhotosMastic Firefighters and Suffolk Police were on scene of this crash were a 3 y/o boy was struck by a car and killed on Floyd Rd North in Shirley. 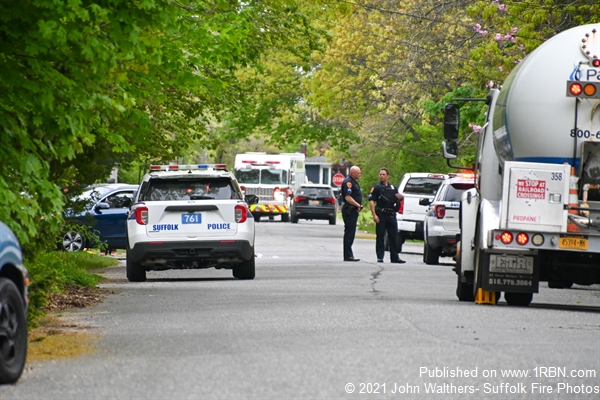 Photo by John Walthers- Suffolk Fire PhotosEmergency personnel at a fatal crash in Shirley on May 8th 2021. 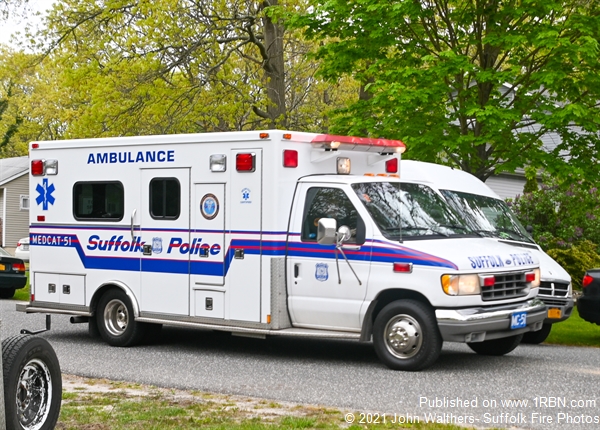 Photo by John Walthers- Suffolk Fire PhotosSuffolk County Police MEDCAT Ambulance 51 was on scene at a crash in Shirley on May 8th where a child was struck and killed. 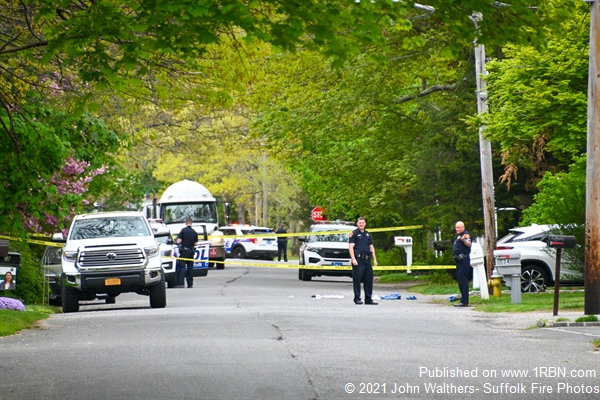 Photo by John Walthers- Suffolk Fire PhotosOfficers put up crime scene tape after a child was fatally struck by a car in Shirley.

SHIRLEY, NY - On Saturday, May 8th at about 10:30 A.M., the Suffolk County 9-1-1 center received a call for a pedestrian struck on Floyd Road North, between Hampton Ave. and Floyd Road in Shirley.

Officers from the Suffolk County Police 7th precinct, as well as resources from Mastic Ambulance and Mastic FD were dispatched to the scene. A Suffolk Police MEDCAT unit also responded to the scene to assist.

On arrival, first responders found a 3-year-old child that was hit by a vehicle as it was leaving a driveway. The child was in traumatic arrest at the time emergency personnel arrived. Captain Steve Januskewicz {5-12-50} arrived on scene and immediately requested county to upgrade the alarm from a chief’s investigation to a general alarm. Rescue truck 5-12-10 was dispatched to the scene. Mastic Assistant Chief Mike M {5-37-31} responded to the scene, as did Responder 5-37-81 and Ambulance 5-37-19.

According to Suffolk Police, the child was taken to Long Island Community Hospital in East Patchogue. He was then transferred to Stony Brook University Hospital where he died from injuries sustained. The vehicle was impounded, and further details were not available.

Police are asking anyone with information to call the Suffolk Police 7th Squad detectives at 631-852-8752.