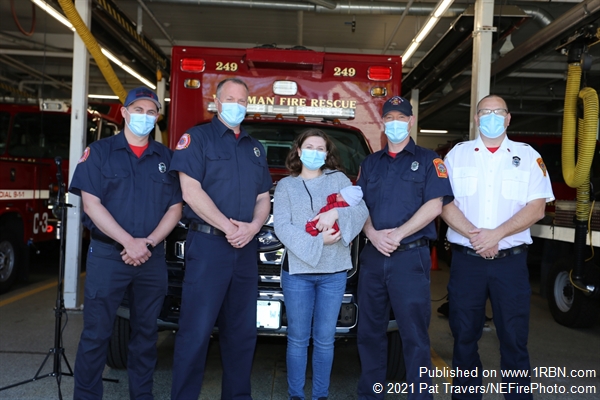 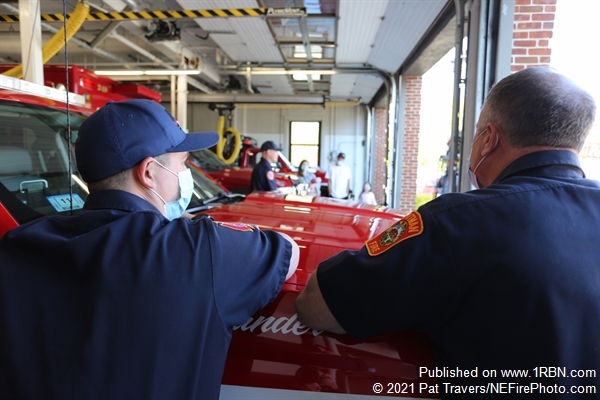 Photo by Pat Travers/NEFirePhoto.comFirefighters Chris Donahue and Scott Figgins looks on as Steven Foster and the family take questions from the media. 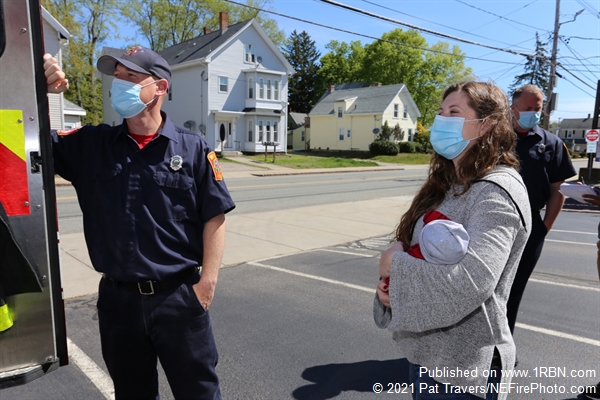 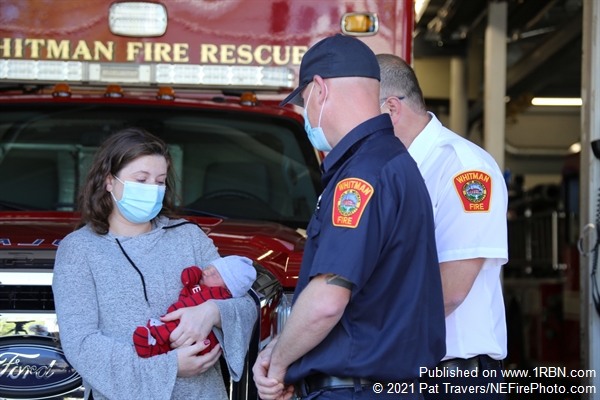 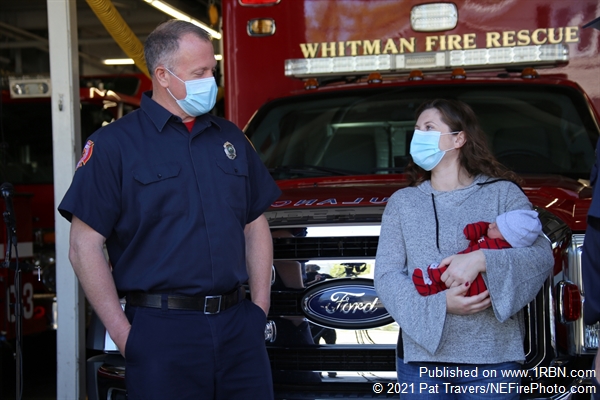 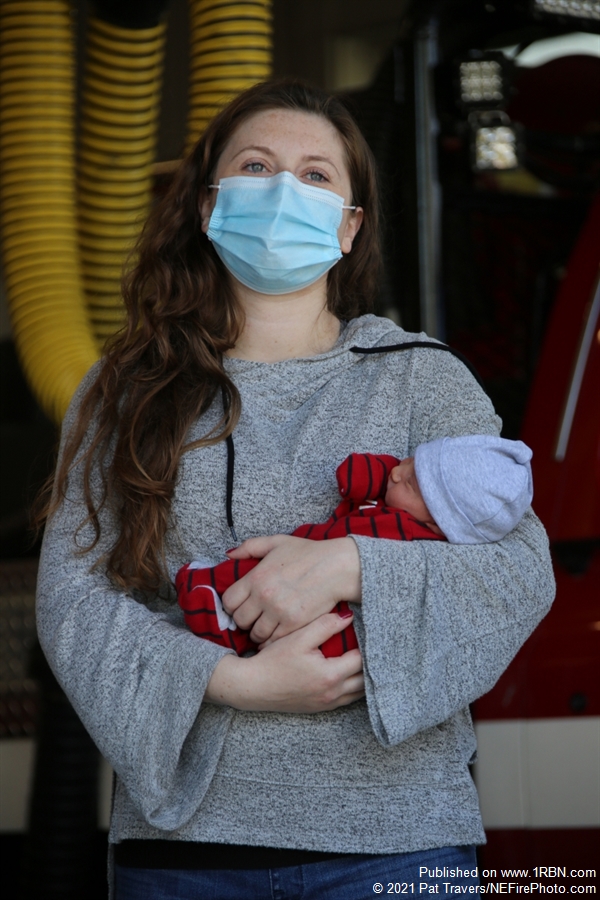 Photo by Pat Travers/NEFirePhoto.comNathan's mom Erica Rodriquez fields a couple of questions from the media while visiting firefighters. 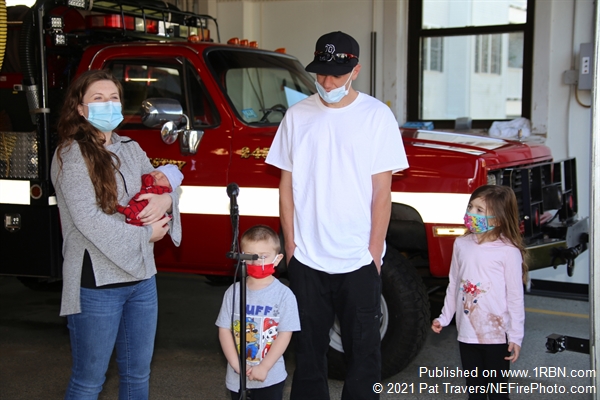 Photo by Pat Travers/NEFirePhoto.comNathan's parents and siblings fielding some questions from the media when they came visit the firehouse. 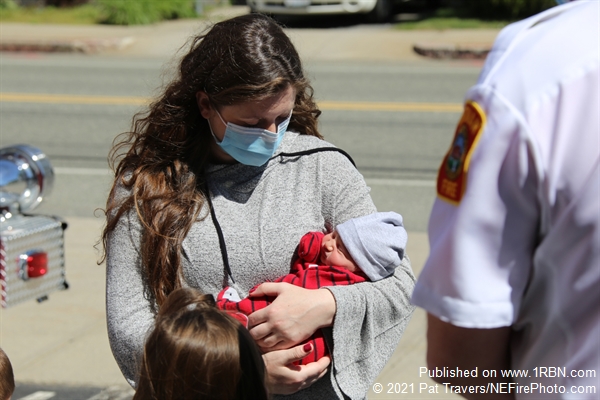 WHITMAN, MA - Around 3:58 A.M. on the morning of Wednesday, May 5th, the Whitman Fire Department responded to a nearby residence for a report of a woman in labor. When firefighters arrived, they realized quickly that the birth was imminent. Lieutenant Nick Grasso, along with Firefighters Steven Foster, Scott Figgins, Chris Donahue and Jerry Thompson, all paramedics, quickly set up a sterile area for the birth to occur.

Shortly after firefighters' arrival, at approximately 4:06 A.M., baby boy Nathan McCarthy was born in the family's house. Mom, Erica Rodriquez, and baby Nathan were then transported to the South Shore Hospital, where the birth was supposed to be taking place in about two weeks. Nathan is a healthy baby boy who weighed in at 7lbs., 9oz.

On Friday, May 7th, baby Nathan, along with father, brother and sister came into the Whitman Fire Station to visit the five firefighters who assisted in his birth. Some of the firefighters noted that this was the first field birth that they had been involved with, but their training kicked in and they were able to assist with the delivery without any problems. Firefighters and the family stated they were both happy to meet each other on Friday in a less stressful situation. The family is back home and resting comfortably.