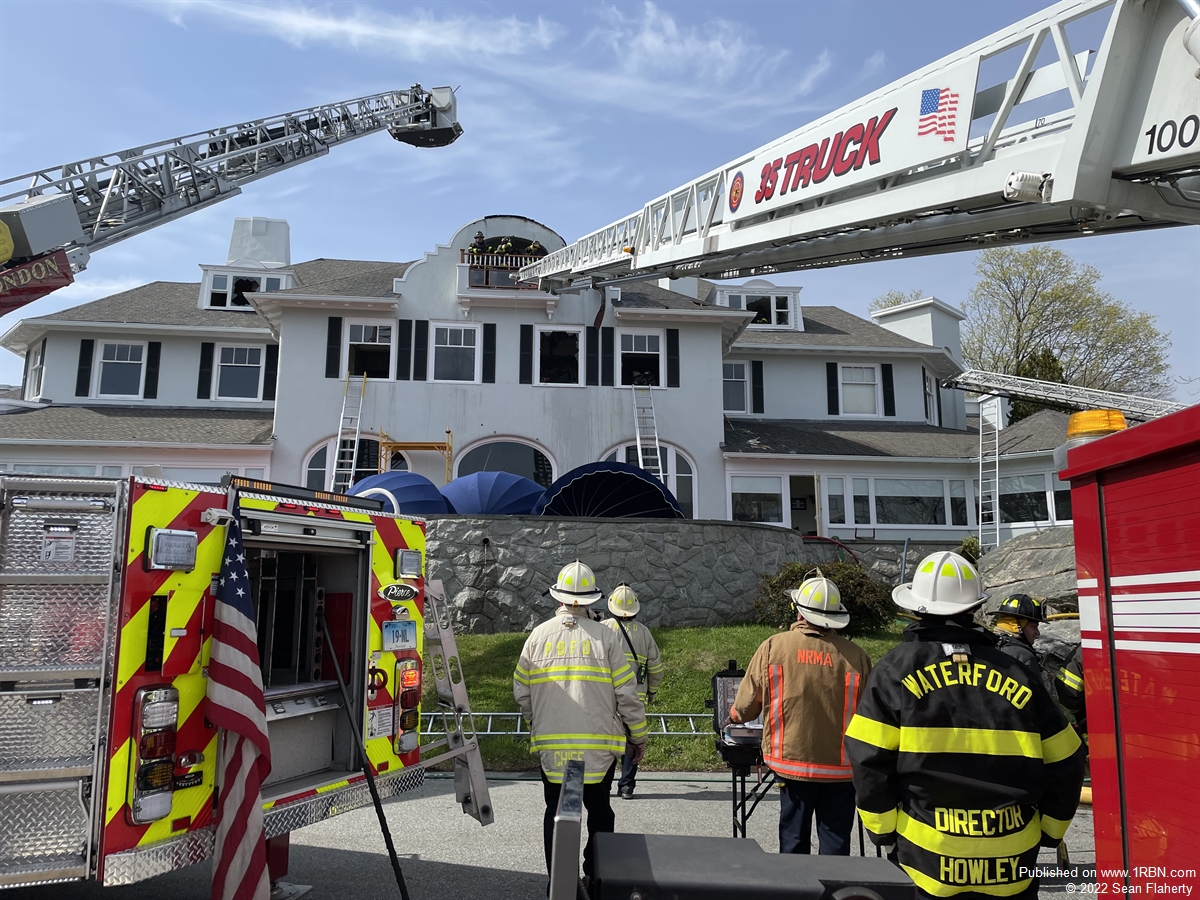 Photo by Sean FlahertyThe command post was set up in the front under Trucks 2 & 35. 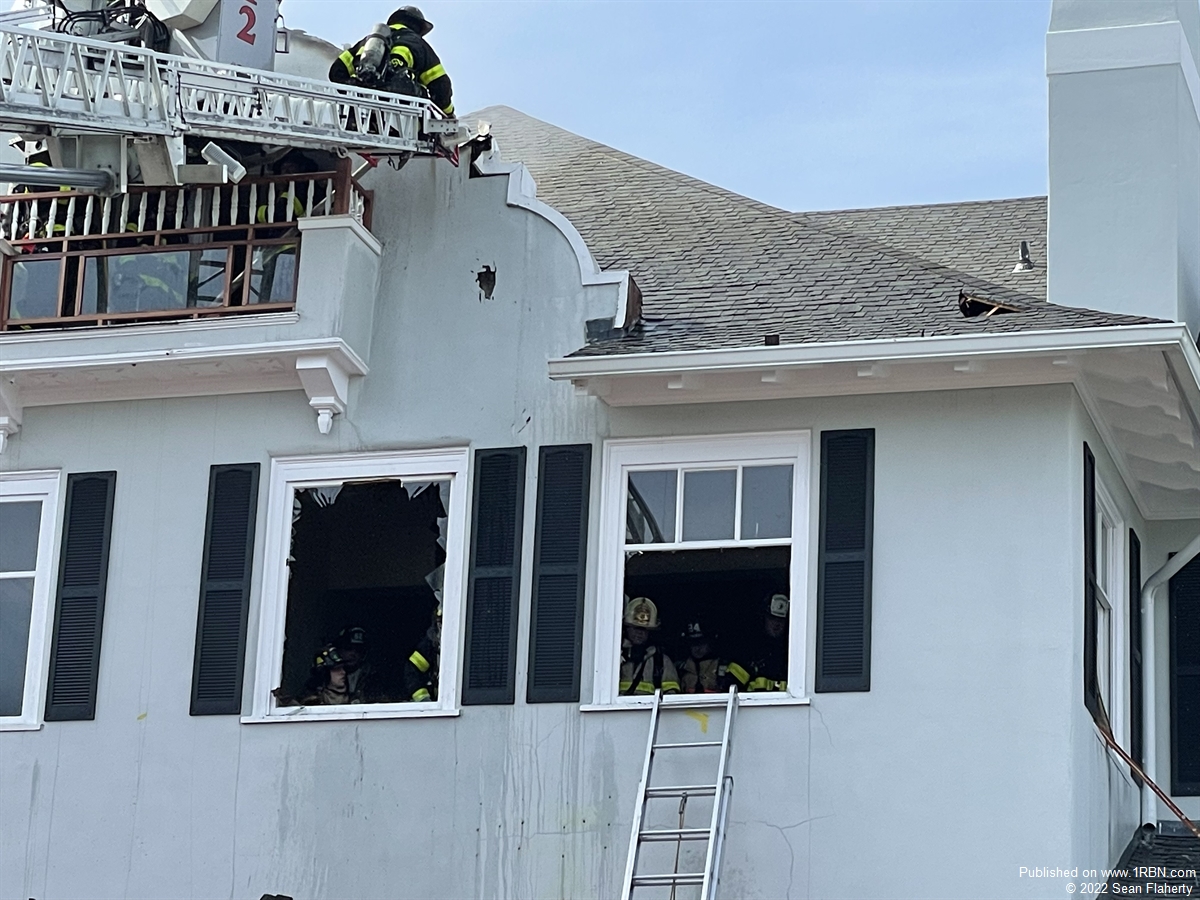 Photo by Sean FlahertyFirefighters overhauled the second and third floor while the truck companies opened the eaves and roof. 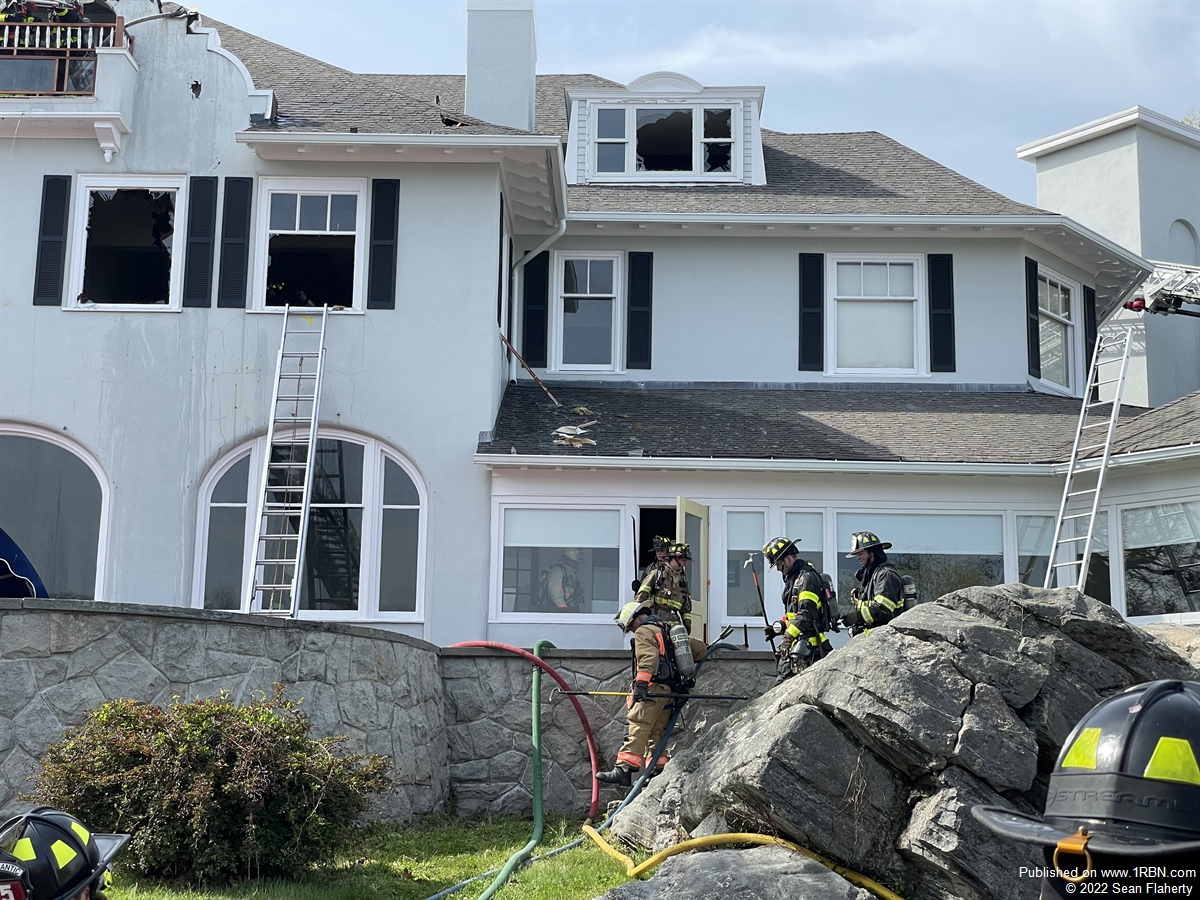 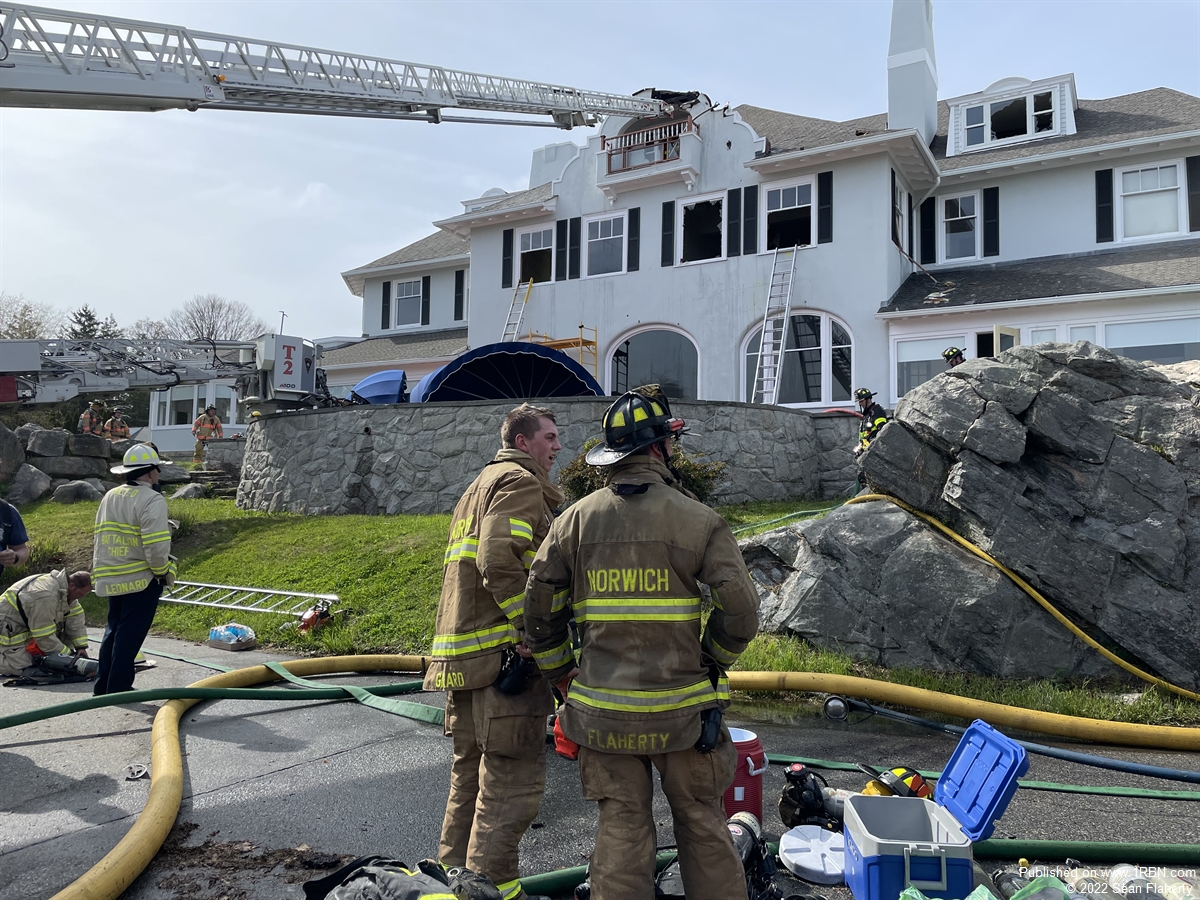 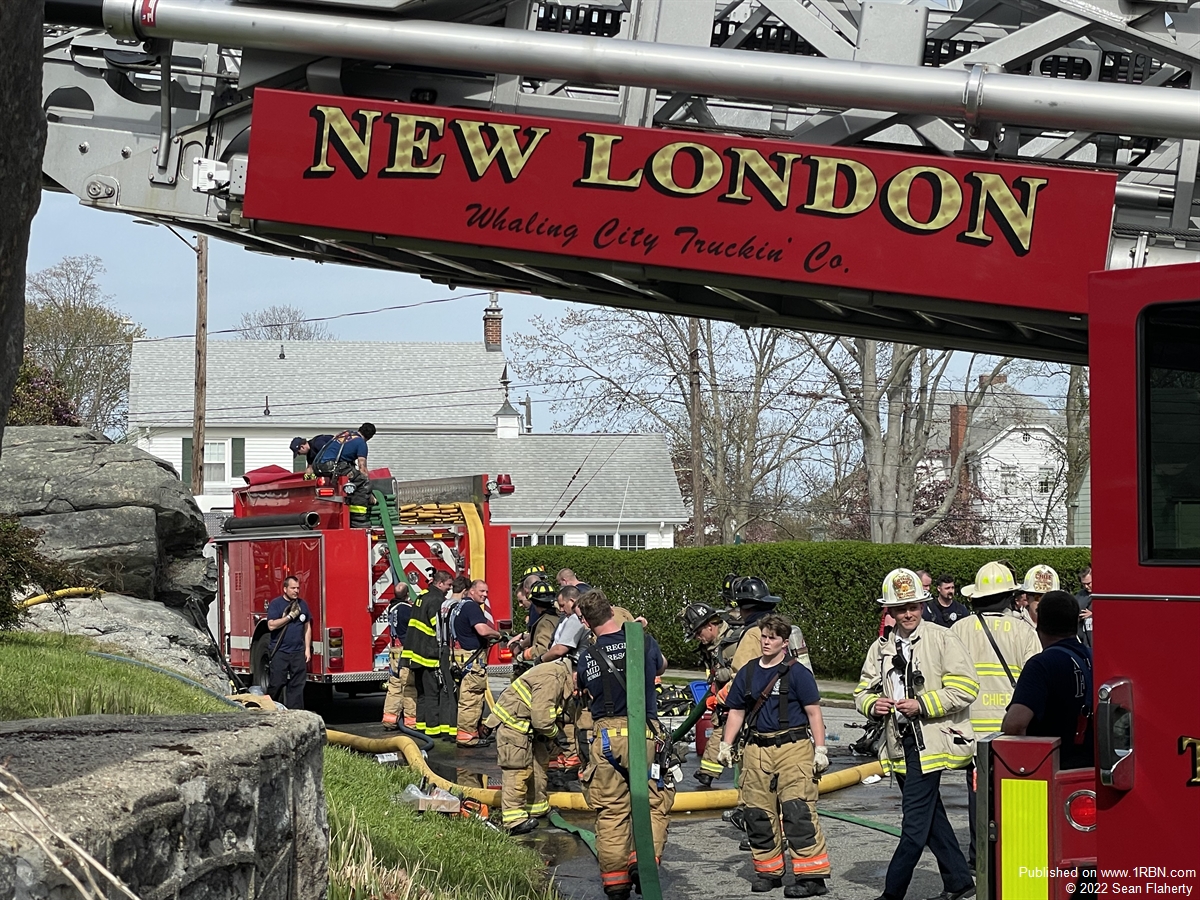 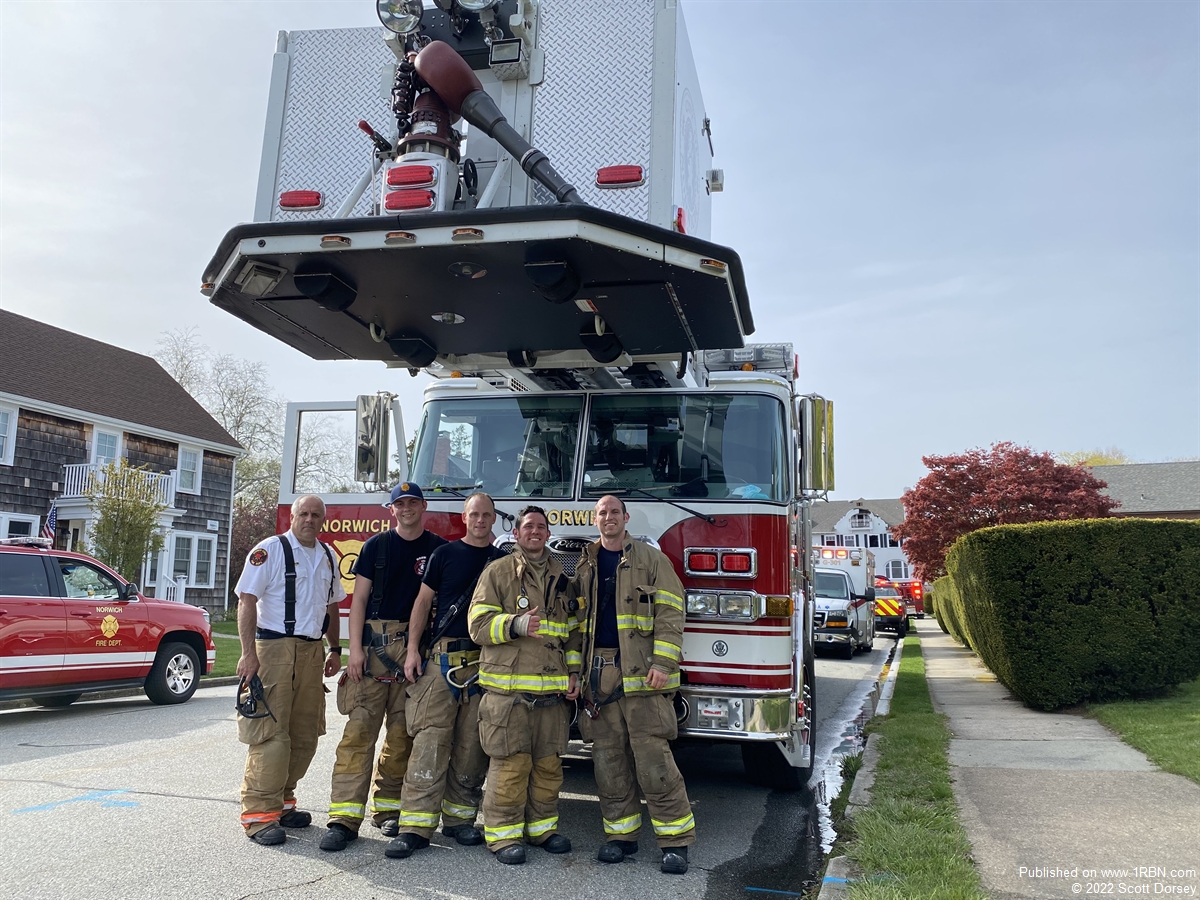 At 2:38 pm on Thursday, 5/5/2022 the New London Fire Department was dispatched to the Lighthouse Inn, 6 Guthrie Place for a structure fire. A-1 quickly signed on and requested Waterford Truck 15. Engine 3 arrived at 2:41 transmitting the working fire with smoke showing from the second floor windows and eaves which added the Submarine Base FAST. A-1 assumed command at 2:42 and added Poquonnock Bridge Truck 35 while Battalion 4 took operations. Engine 3 stretched a line to the second floor where they found fire running the walls into the third floor. Water supply was established from a hydrant on Guthrie which fed Engine 3.

Truck 2 set up in the front and performed vertical ventilation. Truck 35 backed in and flew their stick off the rear while Truck 15 positioned on the Alpha/Delta corner. Truck 3 positioned their aerial in the rear and assisted with opening up inside. The Sub Base FAST threw some ground ladders and assisted New London Firemen with getting 3 lines in operation so Norwich and Mohegan Tribal FAST were started.

New London Battalion 1 took division 2, while Battalion 2 took division 3. Crews worked extremely hard opening up the walls & flooring on the second and third floor trying to get ahead of the fire. Sub Base Tower 65 positioned on the Bravo side. Electric Boat and Oswegatchie also sent engines for manpower. Mohegan Rescue 27 provided their cascade and the Oakdale Canteen was on scene. Waterford and Groton Ambulance assisted and the New London Fire Marshal’s Office is investigating.