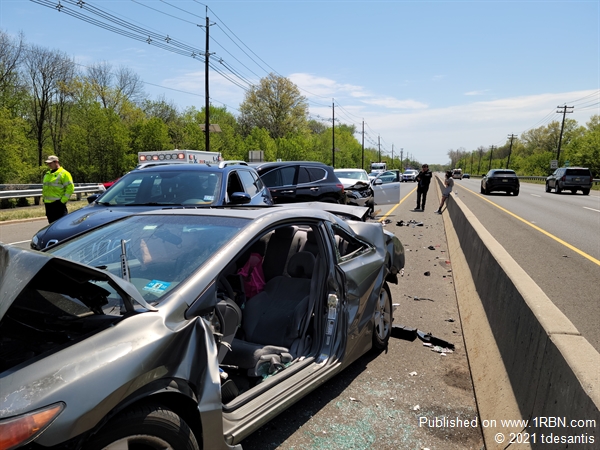 Photo by tdesantisSeveral vehicles in the left lane resulted in a closure of Rt 206 north in Raritan. 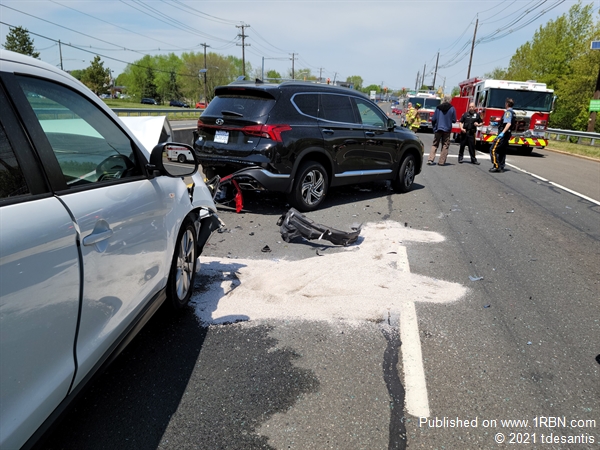 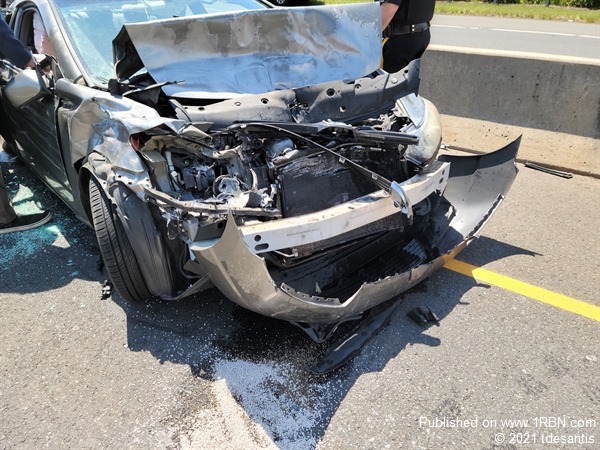 RARITAN, NJ - On Sunday, May 2nd at 12:01 P.M., the Raritan Fire Department was dispatched to Route 206 North at Orlando Drive for a multiple-car MVA, with one patient entrapped. Deputy-52 arrived and confirmed a four-car MVA with one occupant pinned in their vehicle. Engine 52-1 arrived and began extrication while Engine 52-2 prepared for extinguishment and fluid containment. Extrication was completed at the 23 minute mark. Units on scene were Chief-52, Deputy-51, Engine 52-1, Engine 52-2, Raritan Police Department, Somerville Police Department and RWJ EMS.