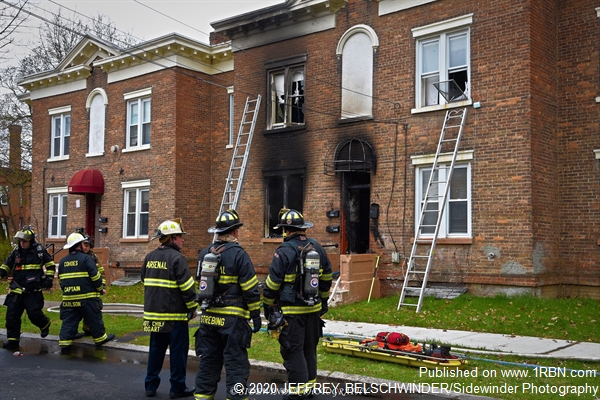 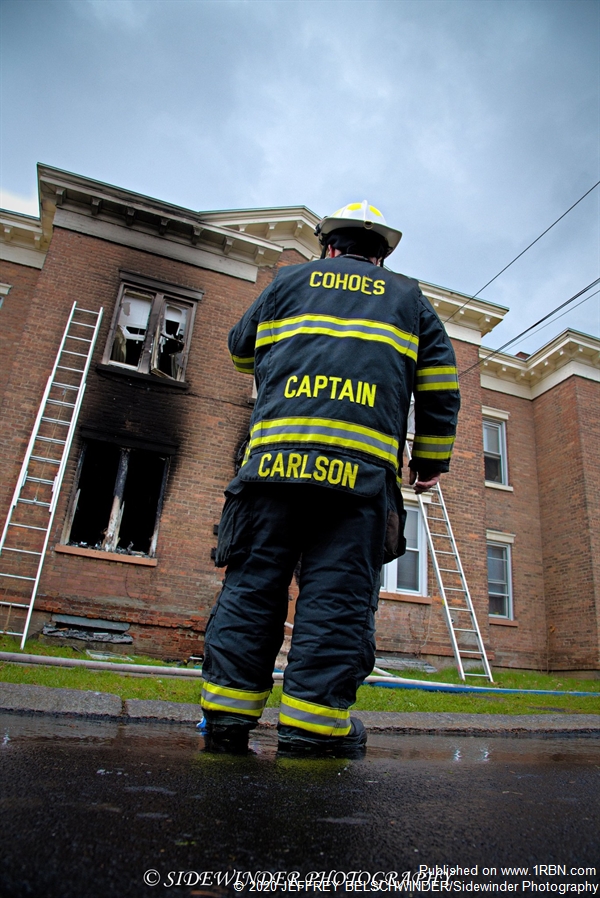 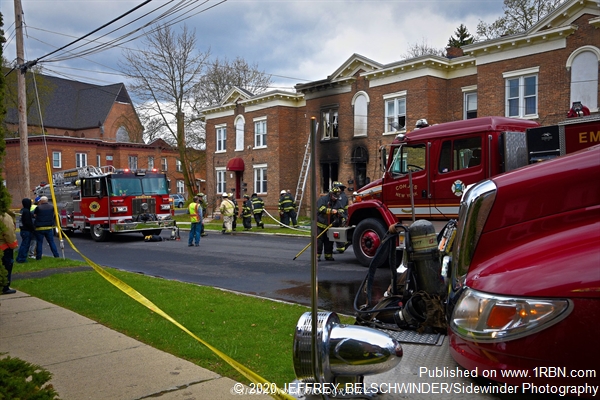 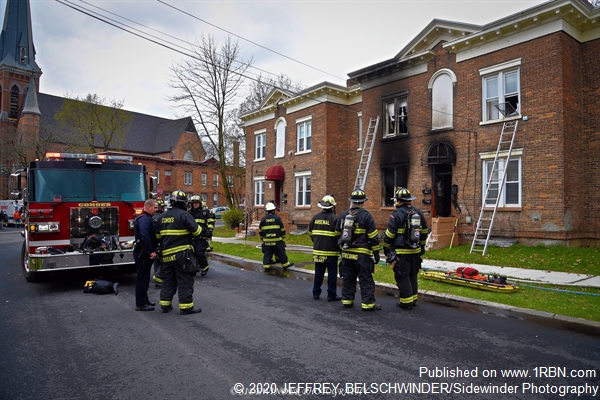 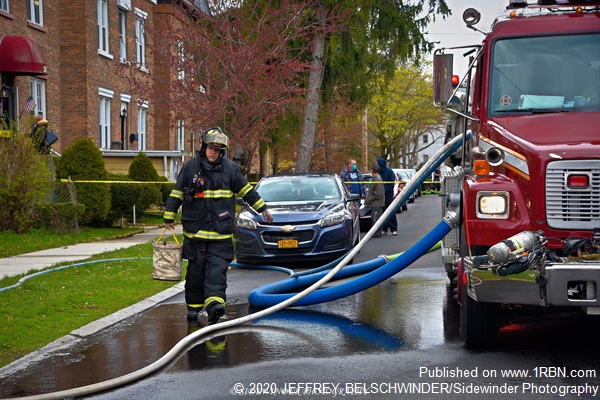 Cohoes, NY - On April 18th at 1:36 P.M., the city of Cohoes Fire and Police Departments, along with City of Watervliet, Watervliet Arsenal and Green Island Fire Departments, Colonie EMS and Empire Ambulance were dispatched to 30 Mangam Street for a structure fire with reports of a person trapped in the building.

The first arriving police unit on scene had heavy fire and smoke pushing from the first floor of the building. The officer on scene attempted to make entry to the rear of the structure, but due to the extreme heat, was pushed back out of the building. The first arriving engine on scene declared the Signal 30. The commanding officer on scene requested a recall of manpower for Cohoes, Watervliet and the Green Island Fire Department.

Firefighters on the first arriving engine immediately pulled multiple hand lines to the front door of the house, and as soon as the hose was stretched the pump operator charged the lines. Firefighters began to make an aggressive knock down and pushed into the apartment where they encountered heavy fire conditions throughout the first floor and heavy smoke throughout the structure.

Several firefighters from the next arriving truck company began the primary search for the reported trapped victim and as all of the visible fire was knocked down, crews completed the search and discovered the individual reported trapped inside. Firefighters checked for all signs of life, but the person was declared deceased.

One person on scene was transported to Samaritan Hospital for smoke inhalation. Multiple fire investigators from the New York State Homeland Security’s Office of Fire Prevention and Control arrived on scene and started their investigation.

The mayor of the city of Cohoes released a statement later in the afternoon that one adult had unfortunately perished in the fire. No firefighters were injured on scene. The cause of the fire is under investigation at this time.