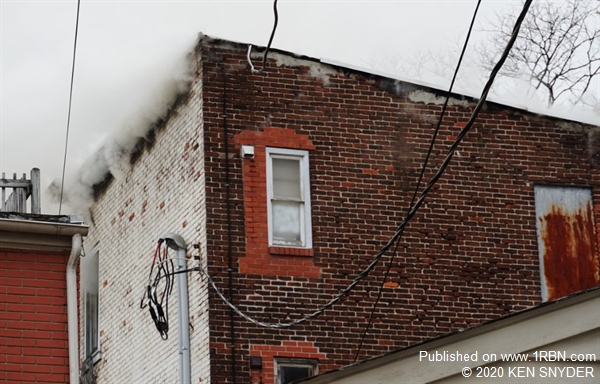 Photo by KEN SNYDERSmoke pours from the eaves on the east end of the fire buildings. 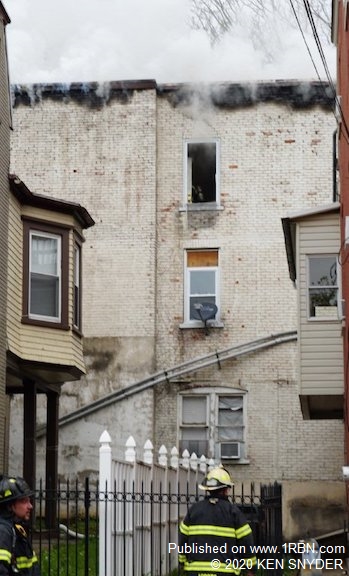 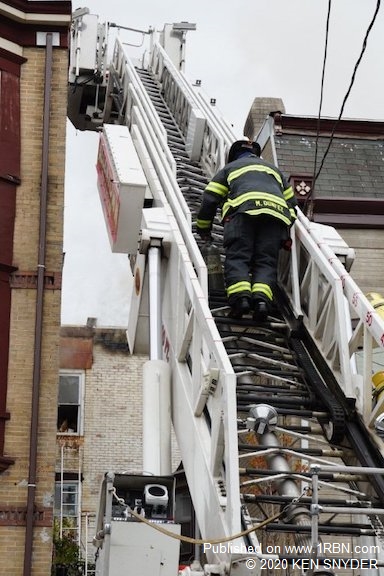 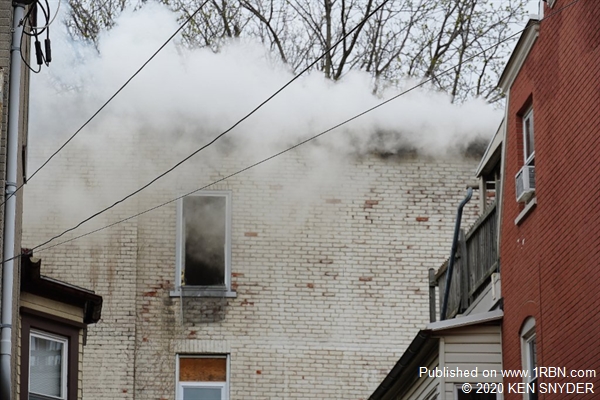 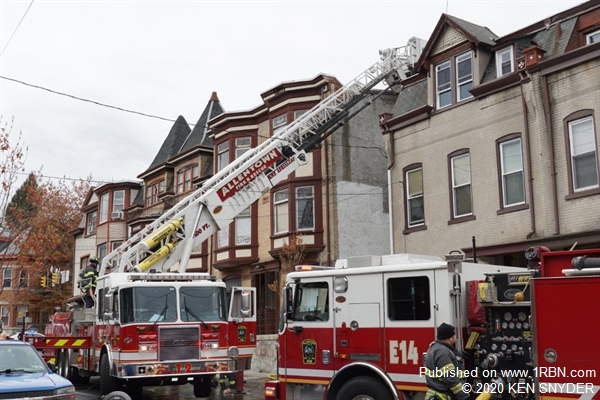 Allentown, PA - On the morning of April 23rd firefighters were dispatched to a working apartment fire located at 207 N. 8th St. To the rear of this address were three-story homes that had been converted into apartments. On arrival it was learned that all occupants had been evacuated from the buildings, freeing up the department for fire supression. The blaze went to three alarms and was centered on the third floor, along with a partial roof collapse. There was also water damage throughout the buildings. The fire caused 52 people to be relocated and there was a report of someone receiving a laceration. Careless cooking is believed to be the cause of the fire.