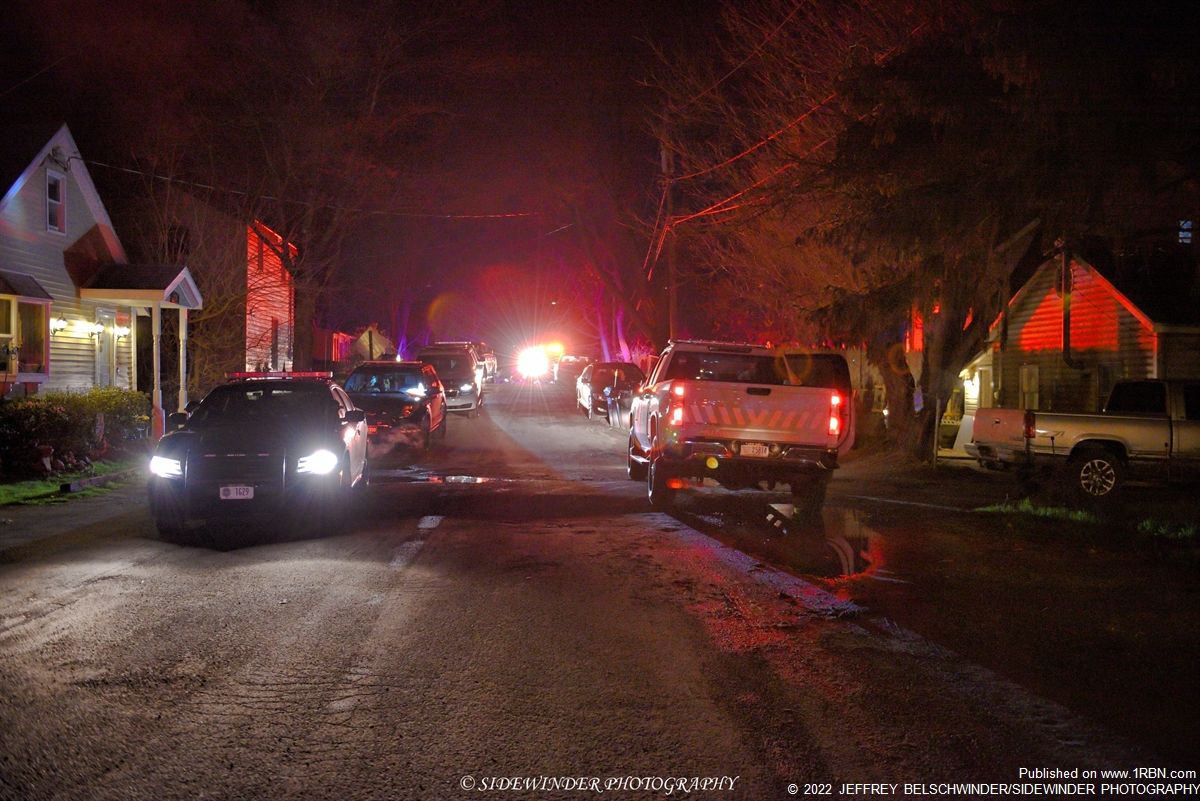 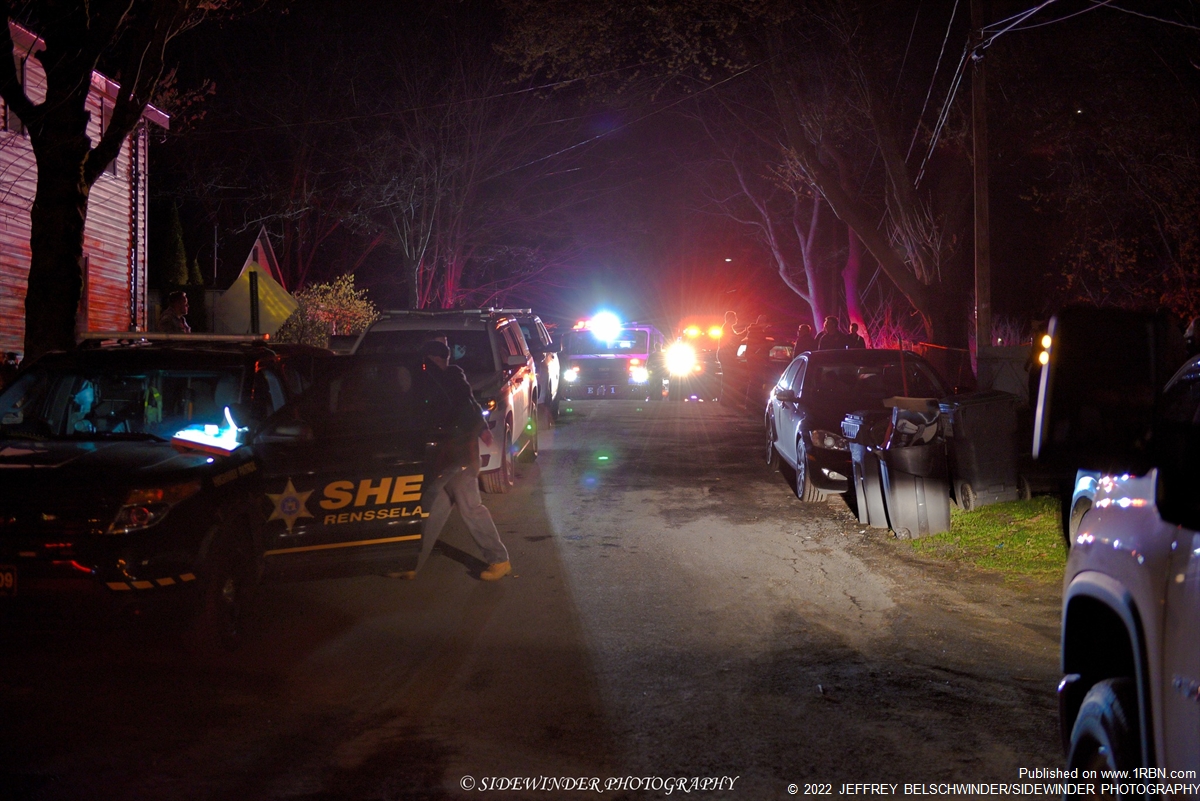 PLEASANTDALE, NY - On April 17th just before 7:10 P.M., the Rensselaer County Sheriff's Office and New York State Police were dispatched to 319 Oakhurst Street for the report of a missing three-year-old. The parents notified police that the child apparently walked out of the front door while they weren't looking.

Deputies and NYS police officers quickly arrived on scene and learned that the child’s name was Owen, and he was wearing a black and gray dinosaur shirt, sweatpants and had no shoes on when he went missing. Officers immediately began assisting the frantic parents with searching for their child.

With temperatures getting lower, officers requested additional assistance from any and all available law enforcement agencies in the county. Officers searched around the yard of the home and looked in the dark algae and leaf filled pool, but could not find the child. Neighbors heard what was going on and also sprung into action, placing a call for help out on the Pleasantdale community group social media page, requesting any available neighbors to go outside and look for the missing child. Neighbors began pouring into the streets with flashlights to help search.

The local fire chief put an emergency message through the I Am Responding system for all available manpower to respond to the station to assist with the search for the missing child. The personal vehicles of first responders poured into the firehouse with members of their family on board to help. Everyone yelled out the child’s name while searching along the creek bed, small wooded areas, the baseball field, and along River Road and New Turnpike Road. Close to 150 people or more were looking for the missing child. NYS Police aviation units then arrived on scene to assist with the search, and a request for drones and the blood hounds was made.

As one of the sheriff's office investigators searched the yard and pool of the child's home again, they noticed something in the pool that had resurfaced. The searcher grabbed a hold of the missing child and immediately pulled him from the water. Rensselaer County investigators on scene requested paramedics and the fire department to their location. Two Rensselaer County sergeants immediately began CPR on the child while Troy Police Department's sergeant called for the city of Troy fire department to be dispatched to the scene with advanced life support for the child. Hoosick Valley Ambulance was also dispatched to the scene.

Sergeants requested all responding officers to stage out on the outer roadways and to be ready to give the ambulance an escort to the hospital. Lansingburgh Engine 1 arrived on scene with their paramedics and began to provide advanced life support measures in an attempt to revive the child. The child was placed in the back of the medic rig while firefighters and paramedics continued revival efforts.

The medic rig raced towards Albany Medical Center's pediatric unit, but due to the condition of the child, they diverted to the nearest hospital which was Samaritan Hospital. Police units escorted the ambulance non-stop through the entire city of Troy, blocking roadways to get the ambulance there as quickly as possible while Rensselaer County Sharieff's office investigators remained on scene to conduct their investigation into the incident.

Unfortunately, the child did not survive. The incident is being investigated by the Rensselaer County Sheriff's office as an accidental drowning at this time.

Because this type of incident can sometimes inflict heavy trauma on first responders, a critical incident debriefing would be held for those affected. These debriefings are vital in keeping a good clean bill of mental health.

Pleasantdale Fire Department Chief Jessie Broderick stated, "I would like to extend my deepest condolences to the family, as this was an absolute tragic incident that no family should ever have to face. I also would like to give a heartfelt thank you to the entire community for coming out that evening to help locate the child. I would also like to thank the multiple law enforcement agencies, Melrose’s Acting Chief, members of the Speigletown FD, Hoosic Valley Ambulance, and the members and family members of my department for helping out, along with city of Troy’s Fire Department for providing advanced life support that evening."