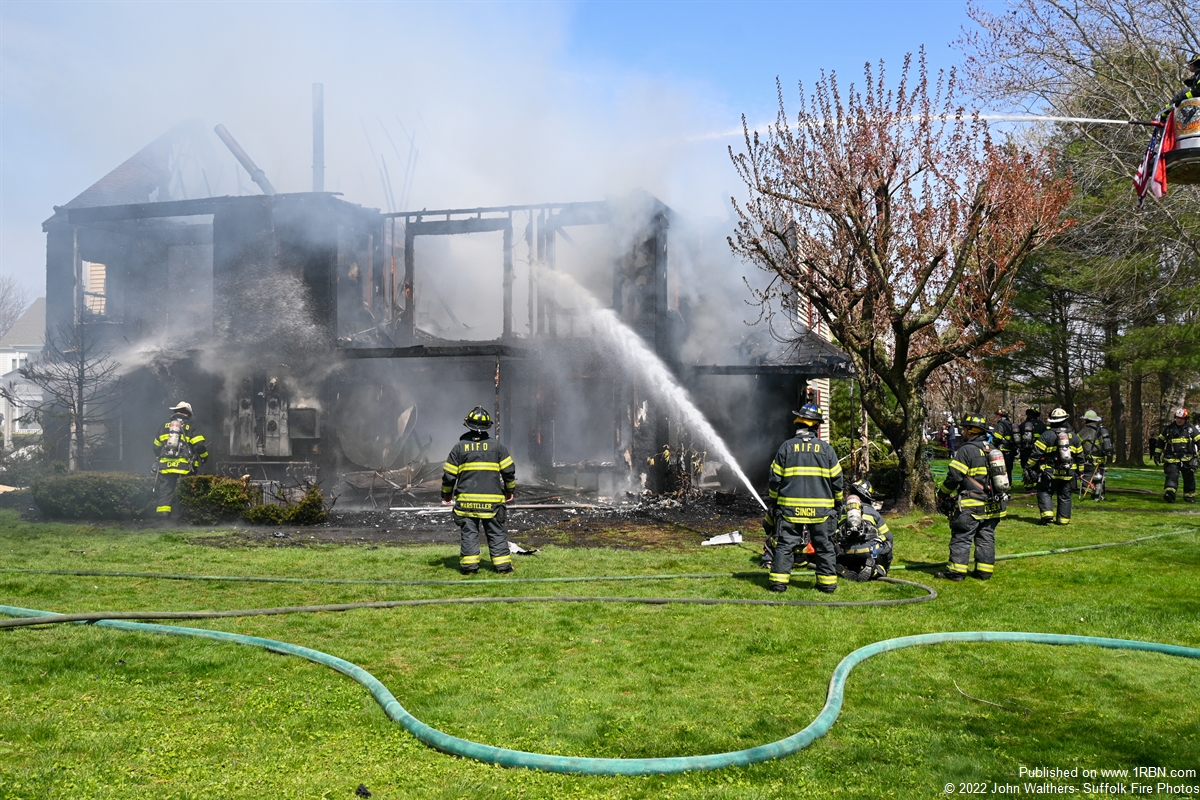 Photo by John Walthers- Suffolk Fire PhotosFirefighters from several fire departments were called out to assist the Middle Island FD at this condo fire on Fariview Circle in Fairview at Artist Lake. Twelve units were affected, and several were destroyed. 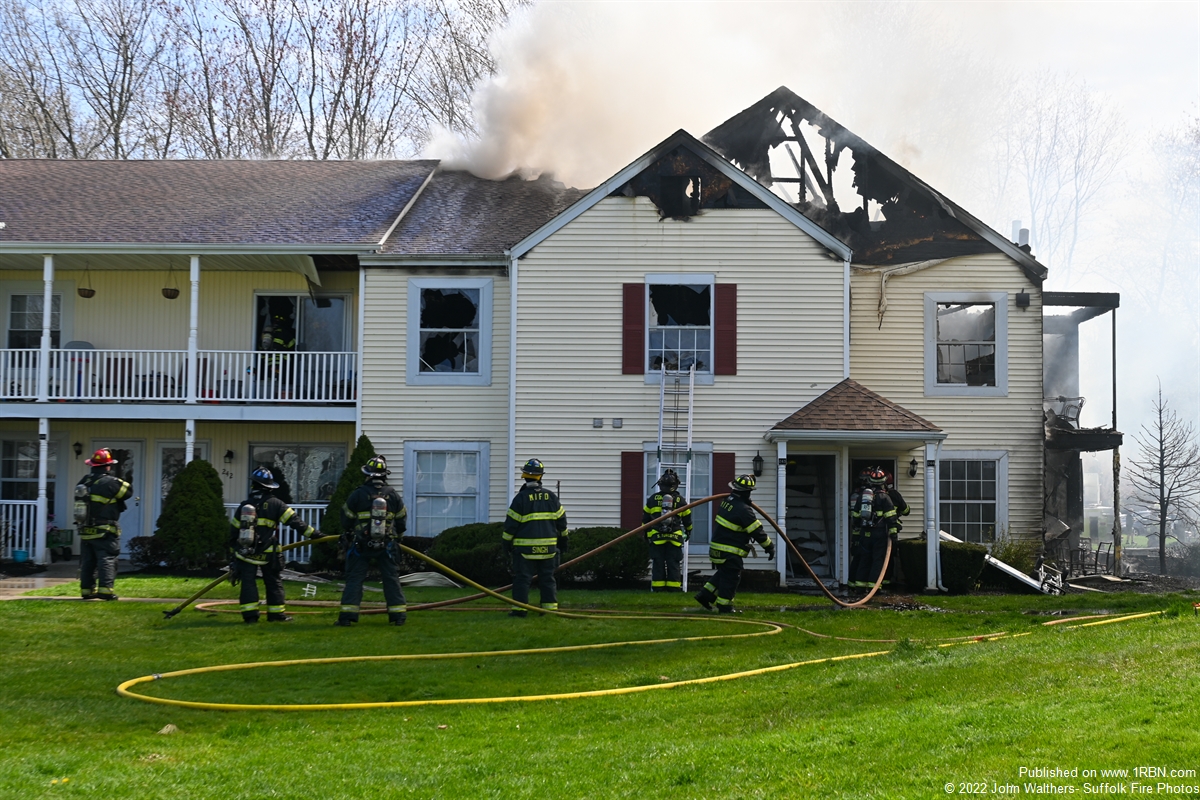 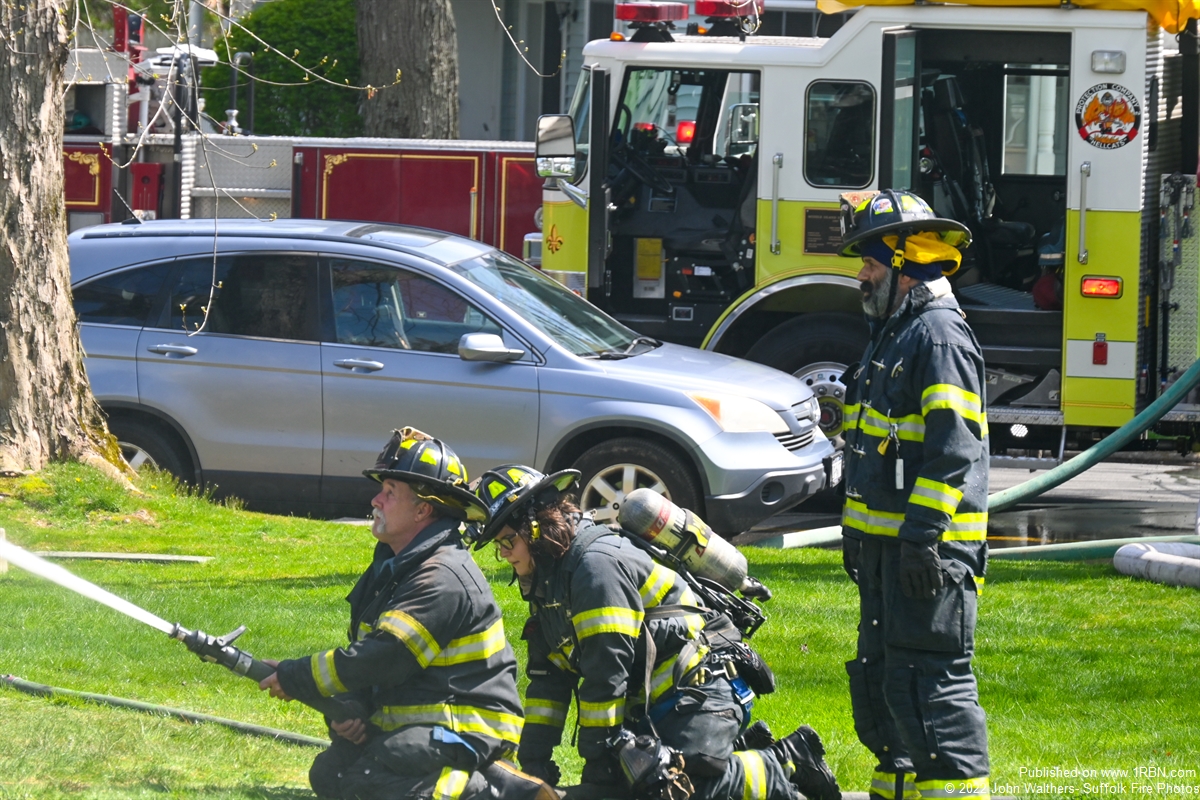 Photo by John Walthers- Suffolk Fire PhotosMultiple Handlines were placed into operation like this to supress a condo fire at Fariview at Artist Lake in Middle Island recently. 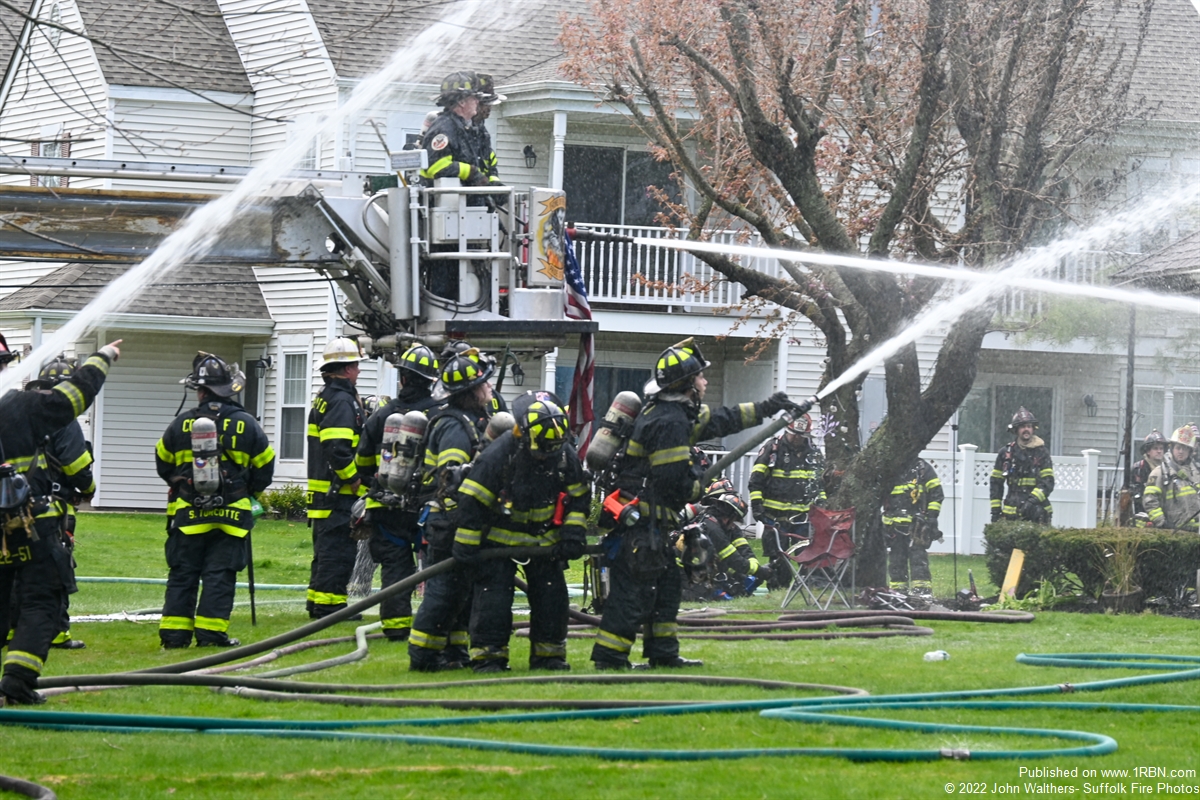 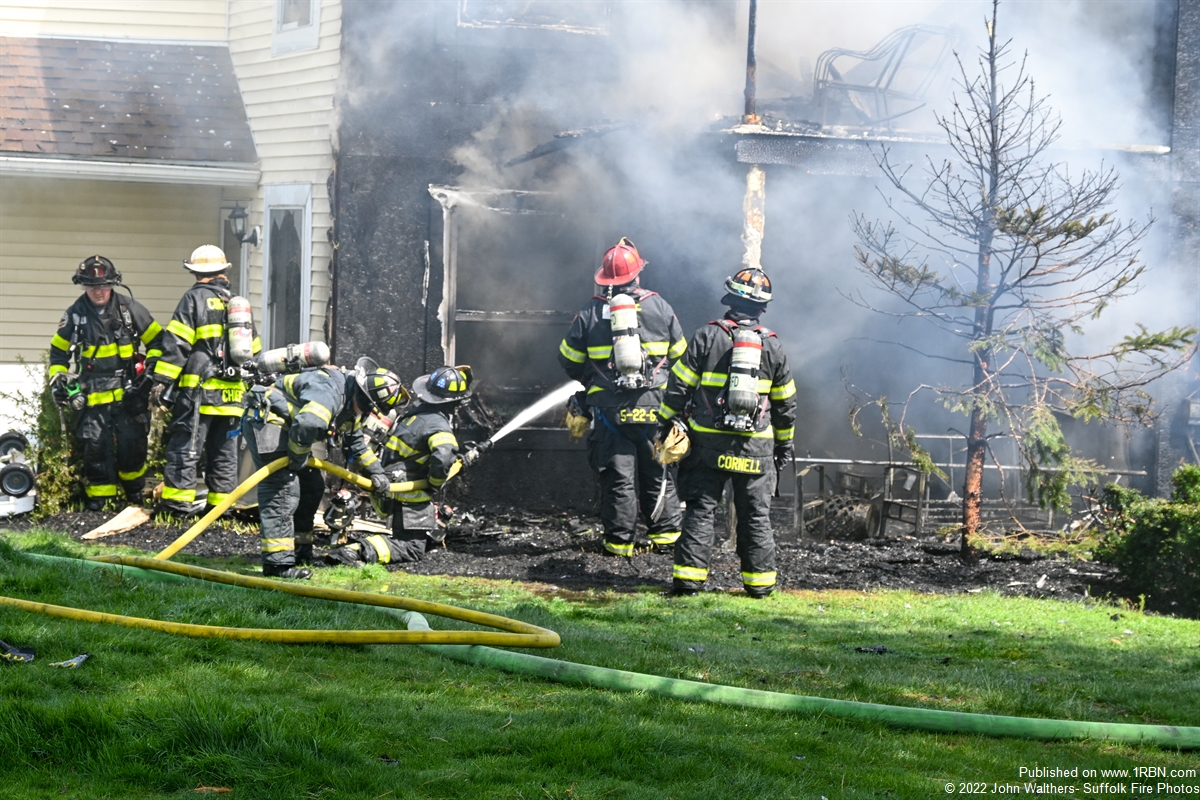 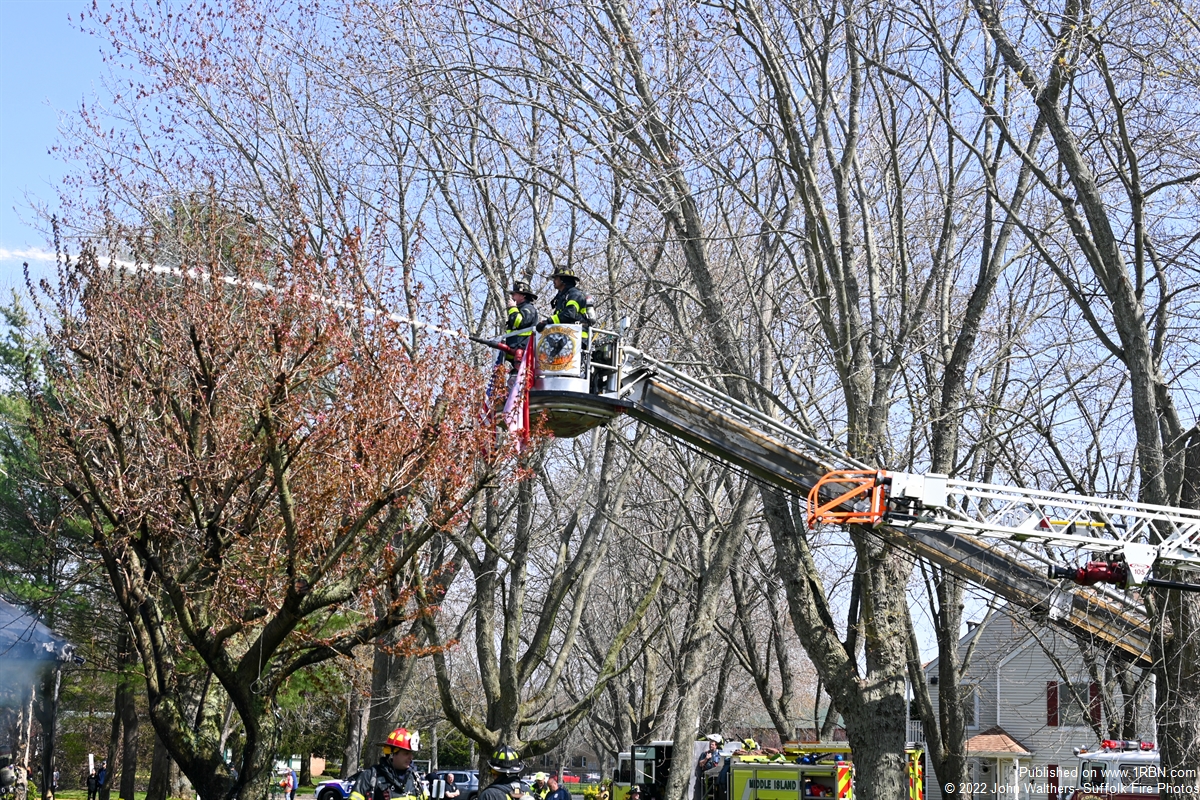 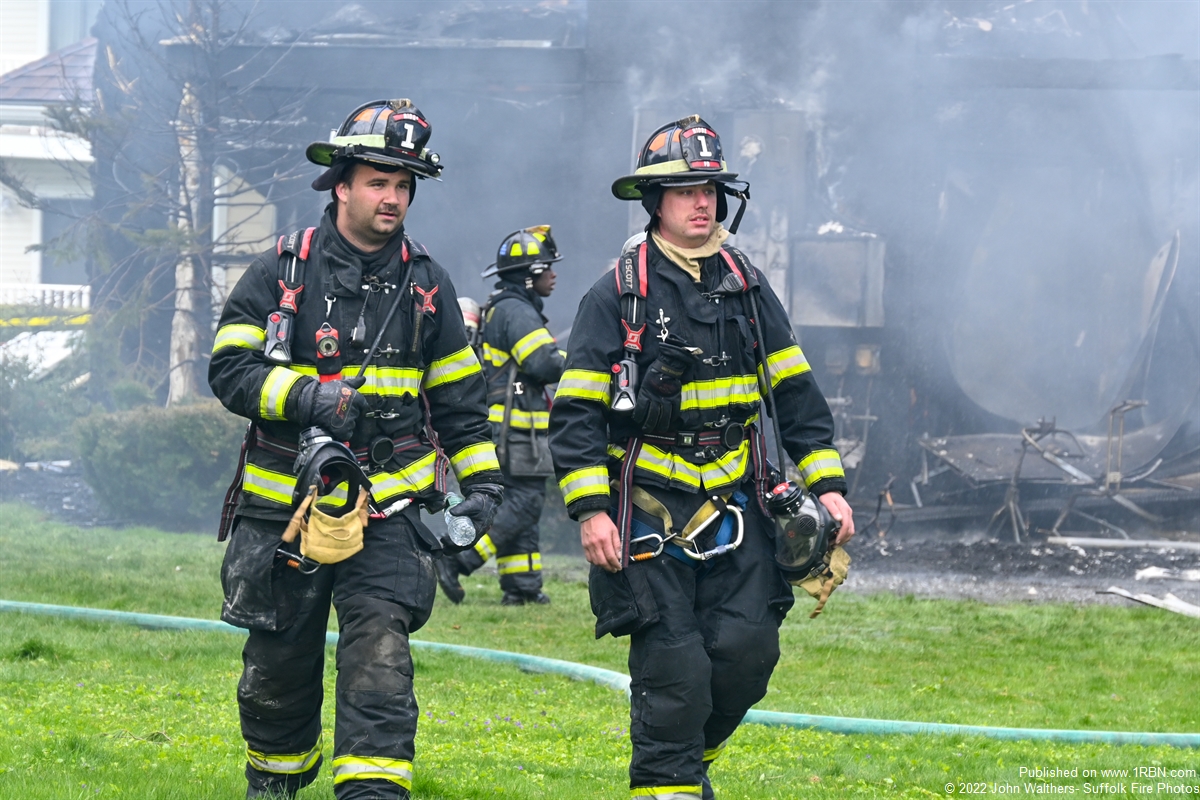 Photo by John Walthers- Suffolk Fire PhotosRidge Firefighters at a recent mutual aid to Middle Island for a Condo Fire. 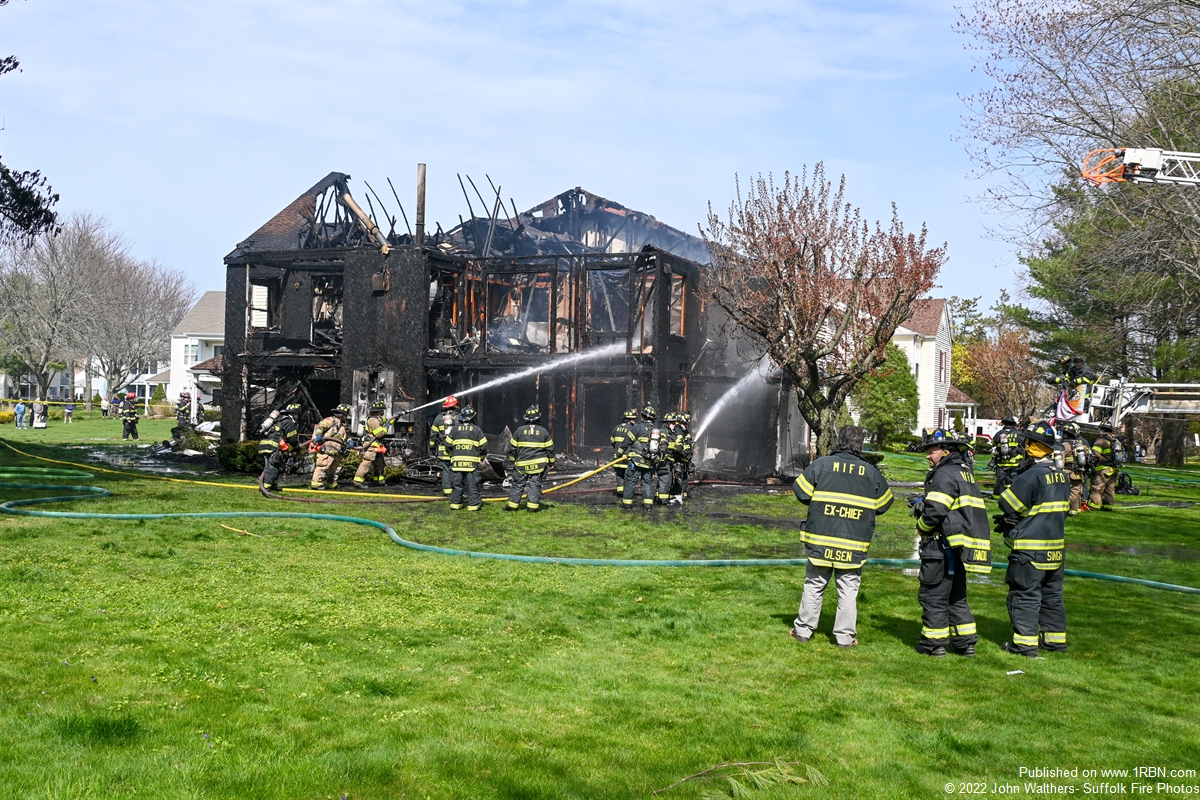 MIDDLE ISLAND, NY – On Sunday, April 24th at about 2:07 P.M., the Middle Island Fire Department was dispatched to a reported structure fire at 137 Fairview Circle, located in the Fairview at Artist Lake Condominium Complex.

Shortly after the initial activation, Fire-Com advised the responding chiefs that they were receiving multiple calls for the incident. On arrival, 1st Assistant Chief Marcel Rosenfield (5-15-31) encountered fire coming from the first and second floor units. The job was quickly reactivated for a working fire and mutual aid was dispatched to the scene to assist.

Chief of Department William Nevin (5-15-30) arrived on scene shortly after and began handling operations while Assistant Chief Rosenfield continued to be in command of the incident. Mutual aid units from Yaphank, Ridge, Coram, Gordon Heights, Brookhaven National Lab (BNL), Medford and Rocky Point started arriving on scene and firefighters began stretching hand lines. At one point at least four hand lines were stretched and placed into operation. In addition to the hand lines, Middle Island’s Tower Ladder #1 was placed into operations to put water on the fire.

During firefighting operations, concerns arose about gas that supplies the building, as well as structural integrity. Part of the second floor collapsed during operations, prompting an evacuation of the building and a switch to exterior operations. No firefighters were injured in the collapse.

Crews battled hot spots for an extended period and conducted extensive overhaul, as there was a total of 12 units in the building that were involved. According to officials, of those 12, at least four were destroyed and up to five or six additional units sustained enough damage that would displace residents. Fire officials requested the Red Cross to assist with disaster relief for the displaced residents.

No firefighters or civilians were injured from the fire. The Brookhaven Town Fire Marshal's Office was notified and called to the scene to investigate.