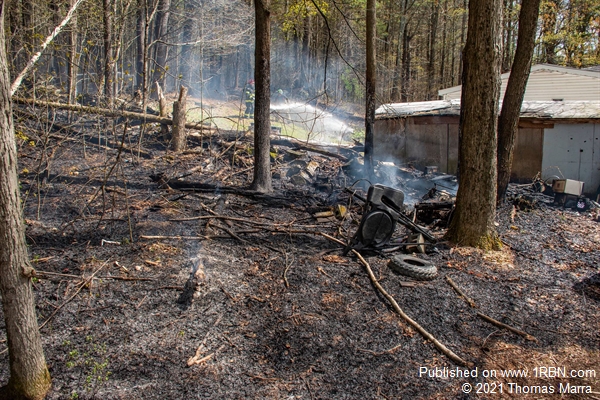 Photo by Thomas MarraFirefighters quickly knock down a garage fire that became a brush fire in Earlton. 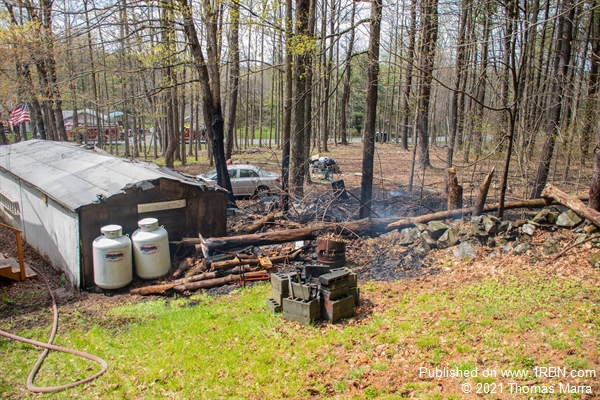 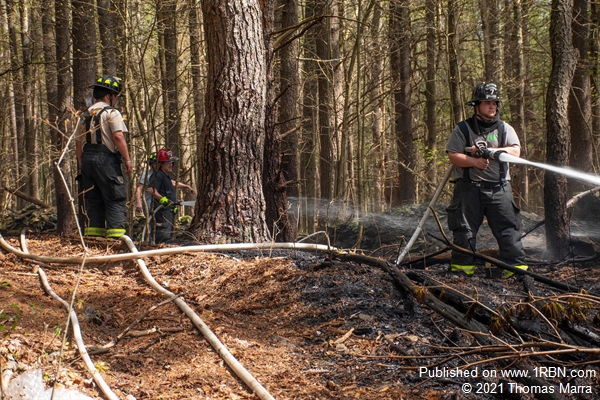 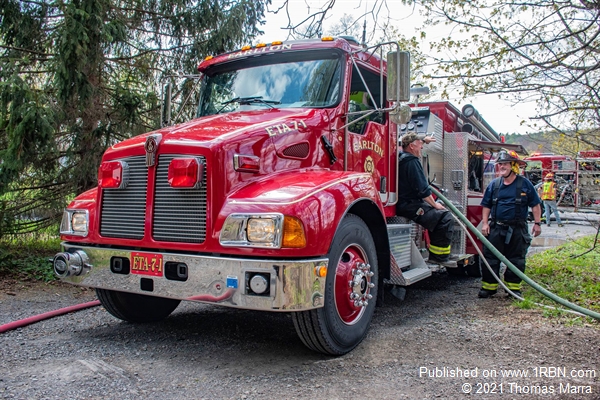 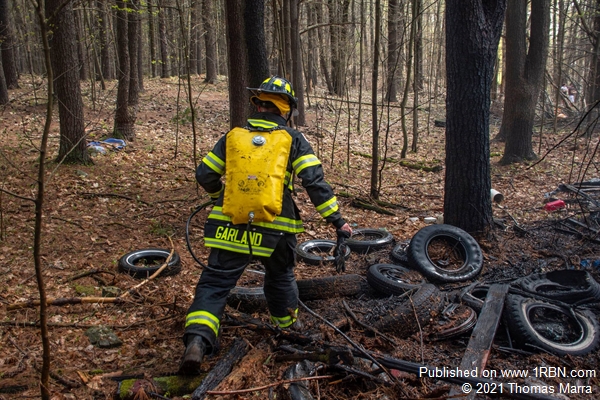 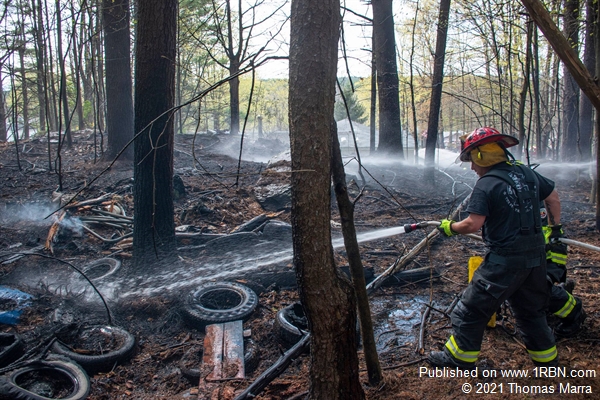 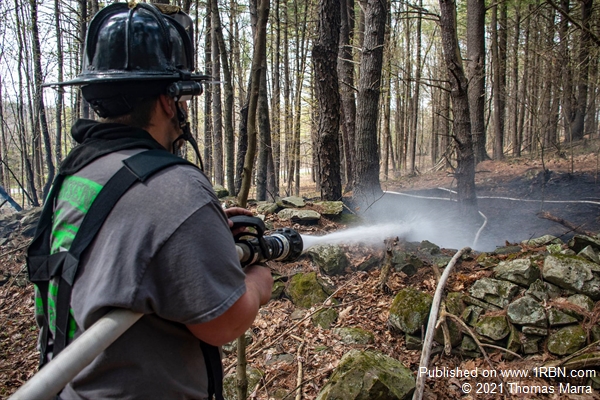 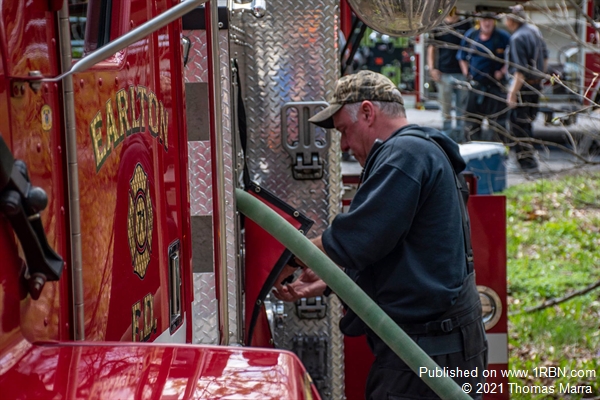 A reported structure fire spread to a brush fire that fire crews in Earlton were able to quickly knock down.

Chief Pat Donovan of the Earlton Fire Department says homeowners were burning something near the back of the garage when the garage caught fire and then spread to a brush fire.

Donovan estimates approximately half an acre burned as a result of the brush fire.

“We had concerns about propane tanks in the back and the brush fire was spreading across the back of the house,” Donovan said. “It started melting the siding [of the house] a little bit, so we contained that and then concentrated on the brush fire.”

The only damage to the house was some of the siding that began to melt.

Damage to the garage was contained to the rear with no significant damage, according to Donovan.

He says there were no vehicles inside the garage, with the exception of a few ATV’s.

The garage fire and brush fire were knocked down in approximately 20 minutes.