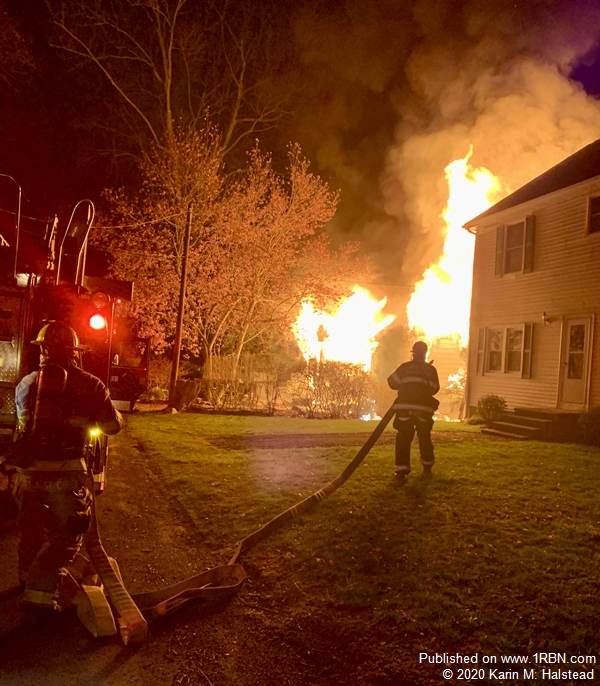 Photo by Karin M. HalsteadFire as lines are being stretched. 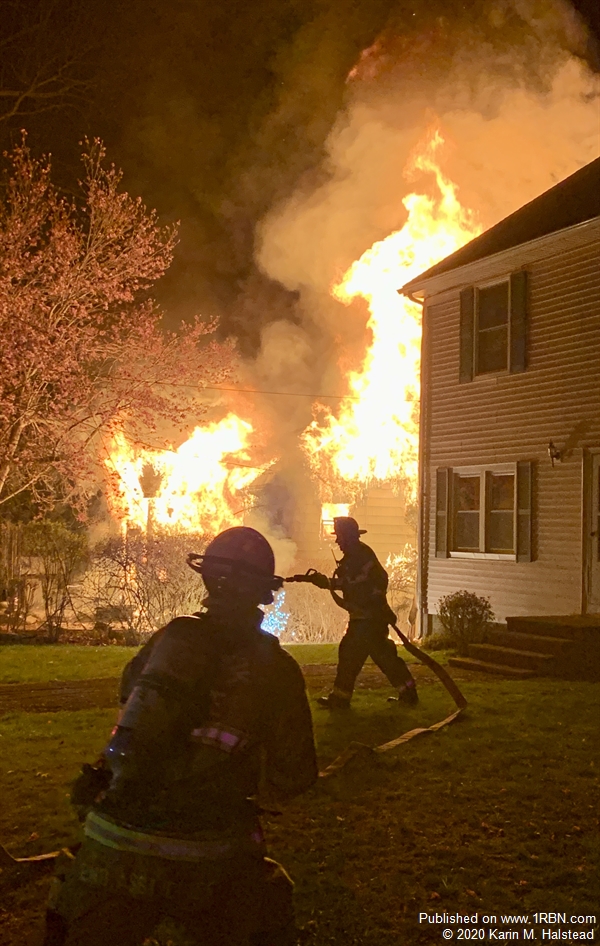 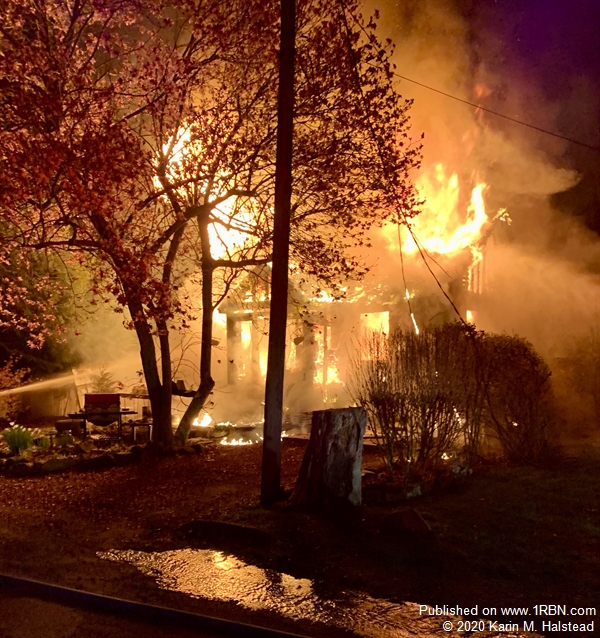 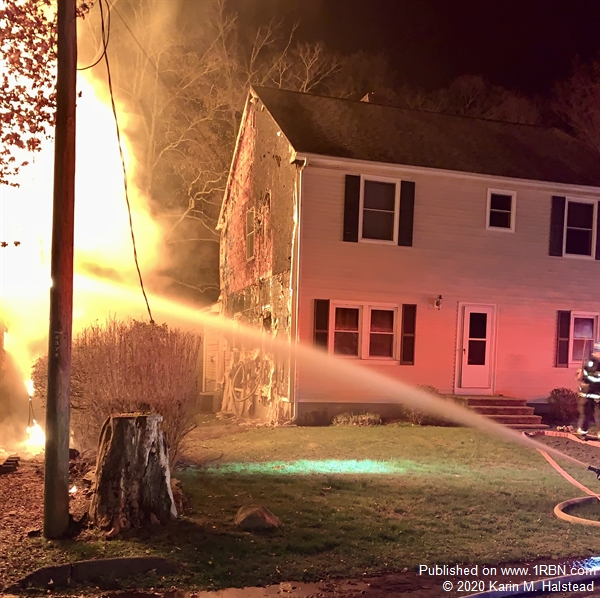 Sandy Hook Firefighters along with the other four companies in Newtown were dispatched to a reported structure fire on Wednesday, April 23, 2020 at 23:38 at 122 Riverside Road. Sandy Hook Fire Chief Bill Halstead was the first on scene and confirmed the fully involved structure along with an exposure of a second home approximately 30 feet away on the D side. Firefighters went to work protecting the exposure and knocking down the fire of the first residence. Tankers were initially used for water until the portable ponds were setup to supply Quint 440. Along with the five fire companies assistance was received from Southbury Fire, Stepney Fire of Monroe and Newtown Ambulance. The scene was cleared at 2:19 and Sandy Hook Firefighters were fully in service at 3:20.