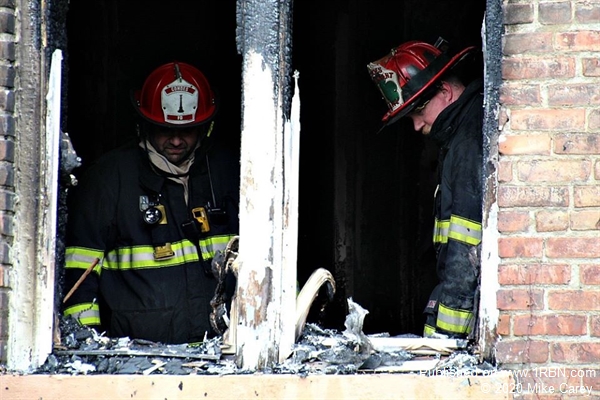 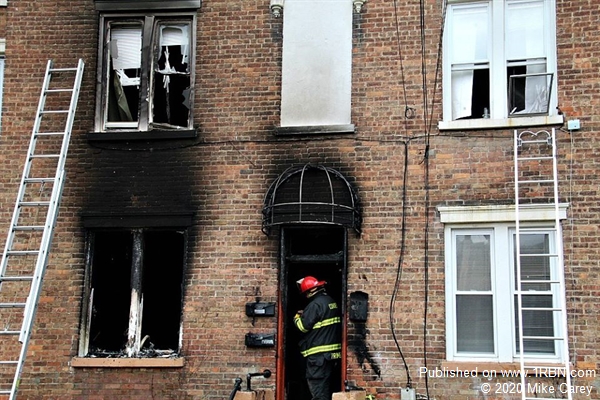 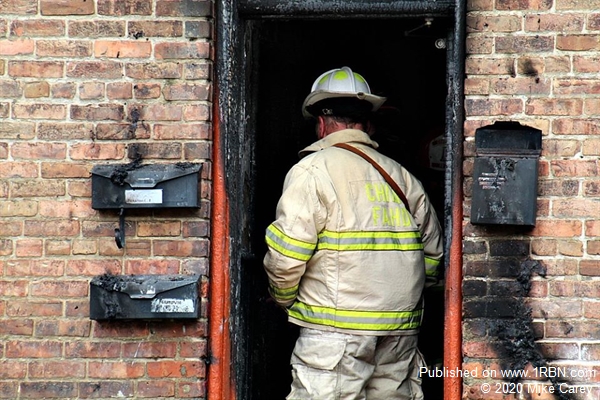 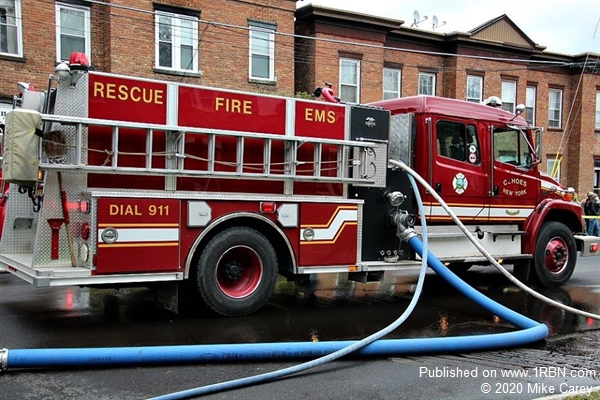 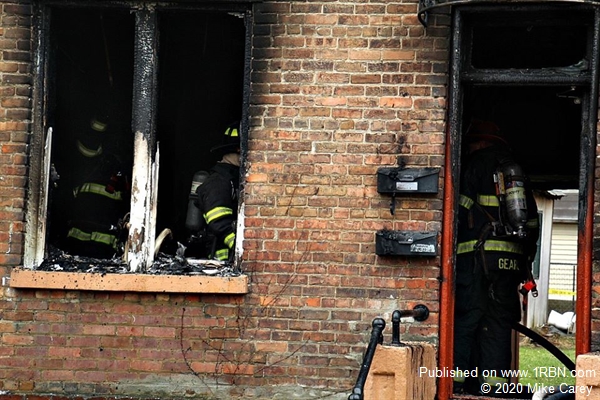 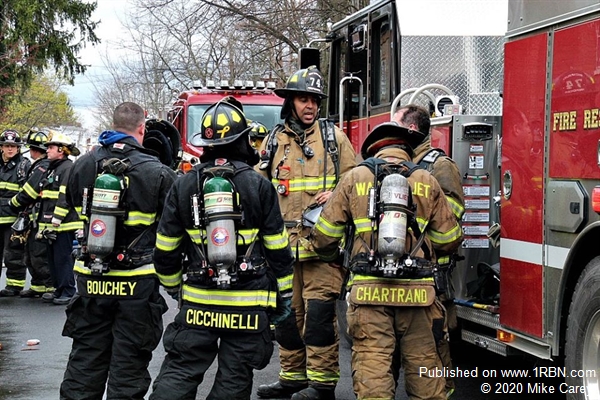 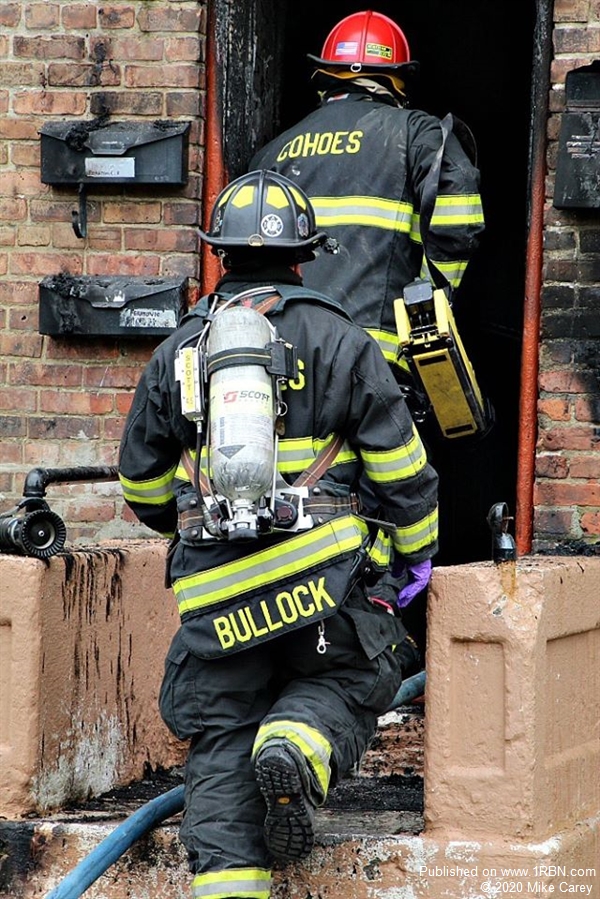 Photo by Mike CareyFirefighters enter the building during the overhaul phase 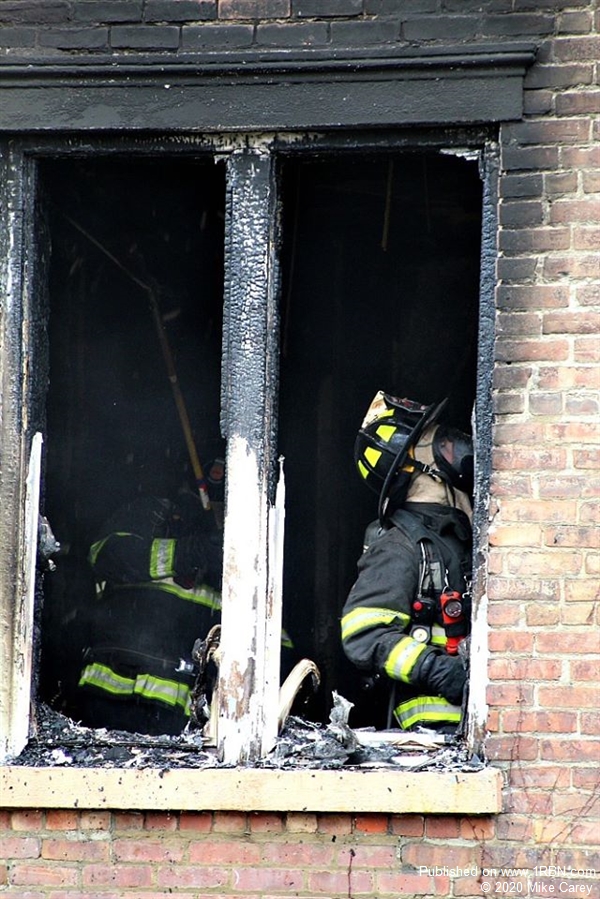 (Cohoes, NY)-- A fire Saturday April 18th left a Cohoes woman dead. Crews were called to 30 Mangam Street for reports of a fire with entrapment. Upon arrival, they were met with heavy fire coming from the first floor window and front door area, that was spreading to the second floor. Efforts to enter the building to check for potential victims were unsuccessful due to the intensity of the fire. Firefighters from several departments were able to bring the fire under control, and once out, authorities found the body of a 24-year-old woman. Investigators say the incident is under investigation but it doesn't appear criminal and there's nothing to suspect foul play.