MVA with Fire in Norwich 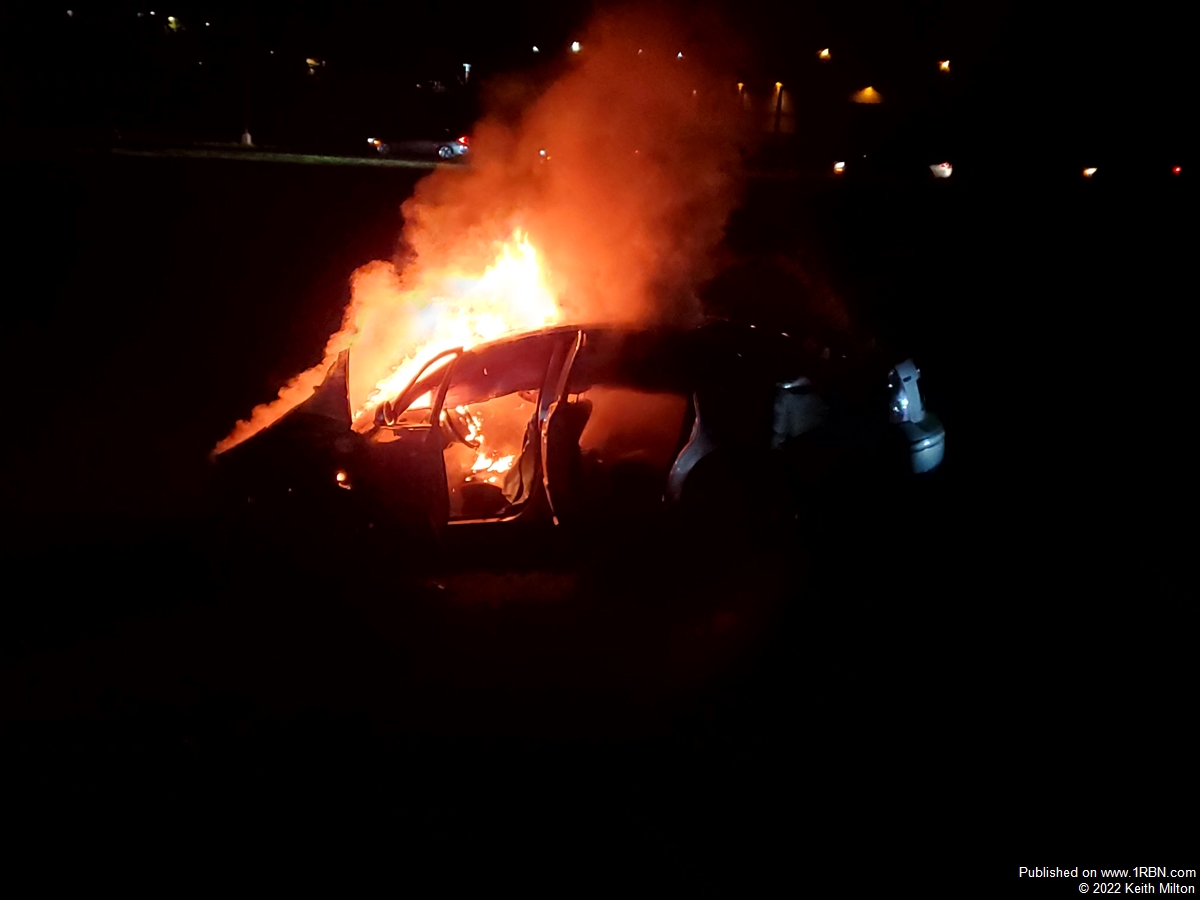 Photo by Keith MiltonFirst arriving picture of the vehicle on fire. 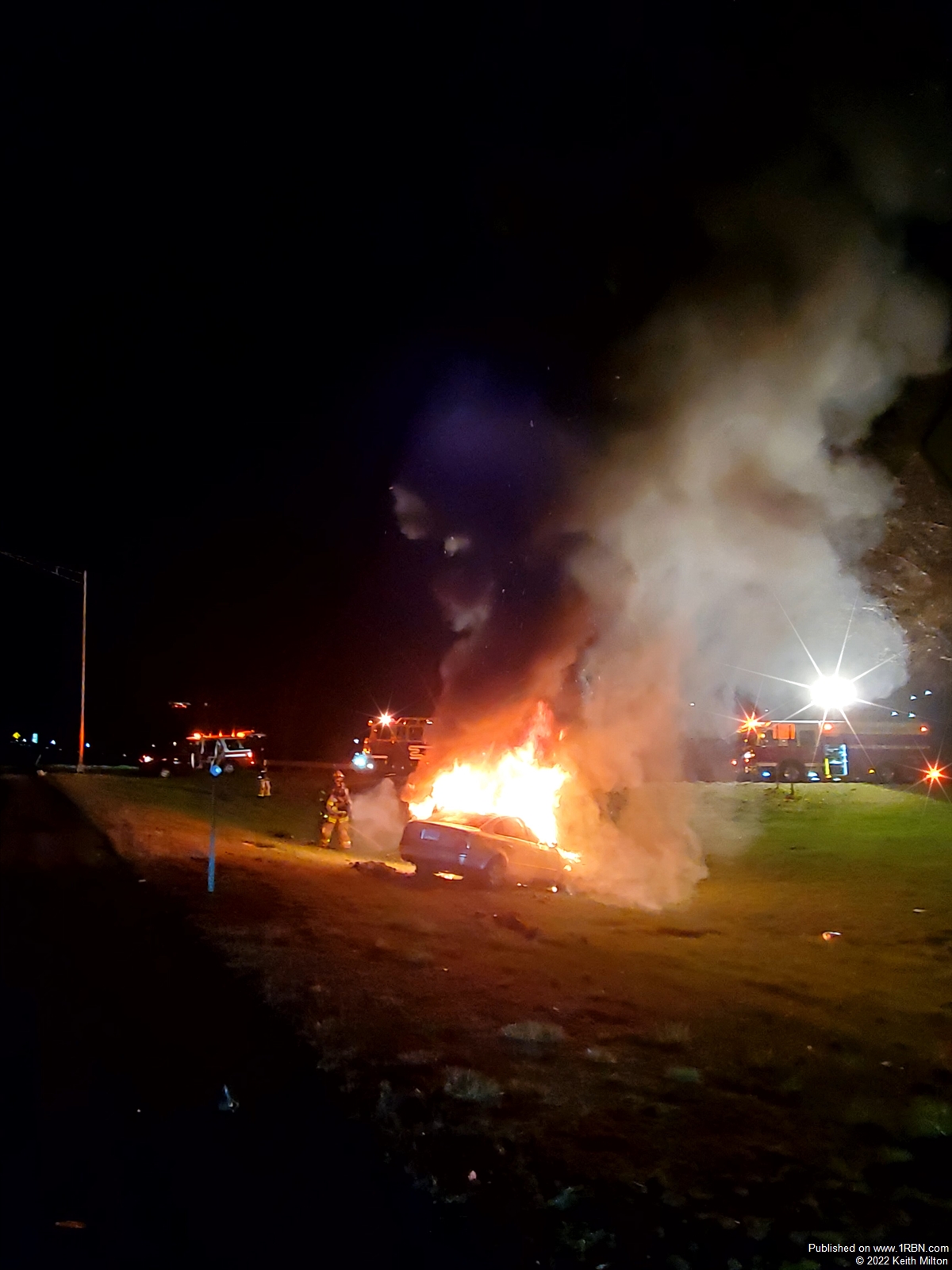 Photo by Keith MiltonCrew beginning to extinguish the fire. 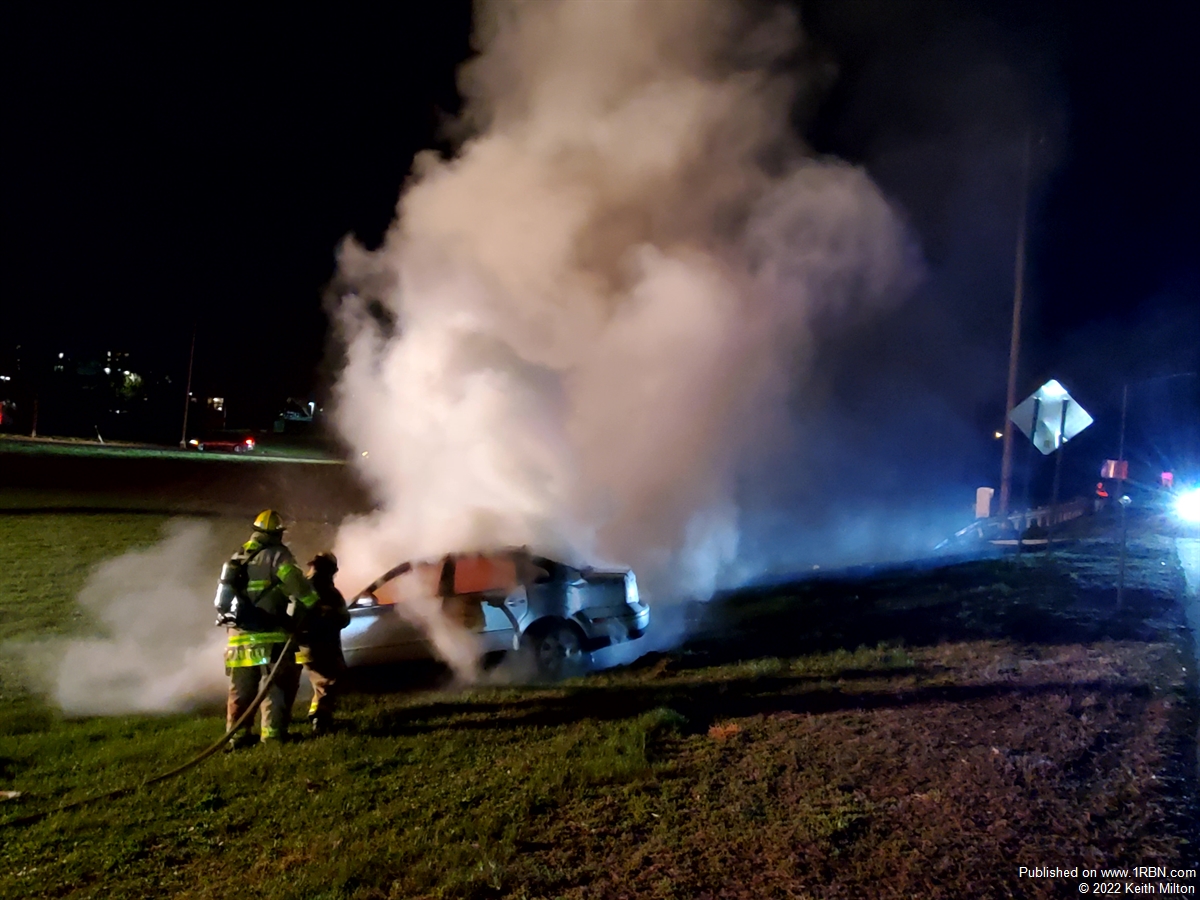 NORWICH, CT - At approximately 9:49 P.M. on April 24th, the East Great Plain VFC, along with Yantic Fire Co. were dispatched to an MVA on Route 395 southbound at exit 11.

EGP Engine 52 arrived and the crew stretched a handline to extinguish the fire. EGP Rescue 5 arrived right behind Engine 52 and assessed the operator for any injuries. Thankfully, the operator wasn't injured and didn't require medical treatment. The operator stated that his car rolled over once and came to a rest on the grass. He said he was wearing his seat belt and was able to get out of the car as the fire started.

EGP ET 51 provided Engine 52 with additional water if it was needed, and EGP Service 5 had the Route 395 southbound on-ramp closed to traffic during the incident. Yantic Engine 32's crew provided assistance and helped block traffic. Yantic Rescue 3 stood by on the exit ramp at the scene.