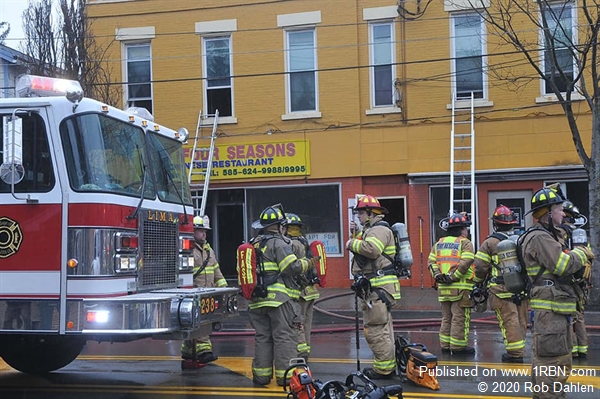 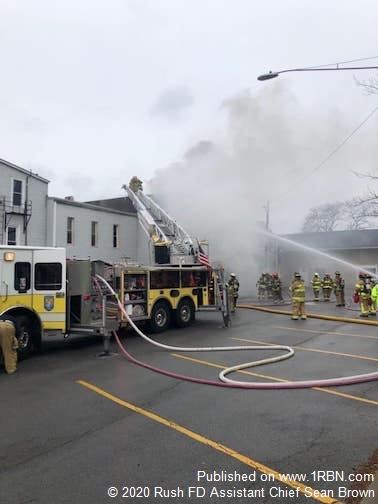 Photo by Rob DahlenBlitz attack at the rear. 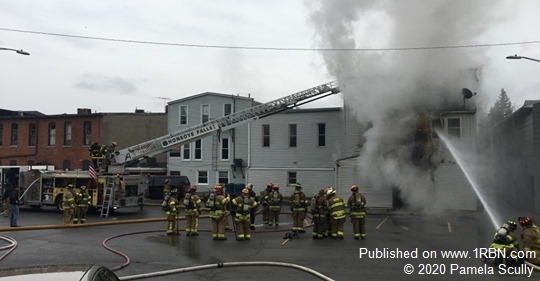 Photo by Rob DahlenBlitz attack at the rear

Honeoye Falls, NY - At approximately 2:04 P.M. on April 23rd a citizen walking down Monroe Street in the village of Honeoye Falls noticed smoke coming from the rear of the closed Four Seasons Chinese restaurant and immediately reported it to on duty personnel at the Honeoye Fall Fire station.

Firefighters found heavy fire in the first floor restaurant, the second and third floor apartments, as well as fire self-venting through the roof. Firefighters made an aggressive interior attack to suppress the flames. It is an old balloon constructed building with many years of remodeling with false ceilings, etc.

The Rush Pumper 582 crew set up a blitz attack using a line from Ladder HFFD 560 from the rear to reset the fire on the second and third floor, which gave the interior crew a better situation to knock the rest of the fire down. Heavy black smoke and flames from the rear area turned into white smoke within five minutes.

The bulk of the fire was knocked down at 2:30 P.M. and the fire was under control at 3:15 P.M. Extensive overhaul operations were conducted to ensure that there were no hot spots left. Fortunately, there were no injuries to any firefighters or civilians.

Thank you to the Ionia Volunteer Fire Co. for providing a fill-in. The Monroe County Fire Bureau and Monroe County Sheriff's Office also assisted and are currently investigating the cause of the fire.