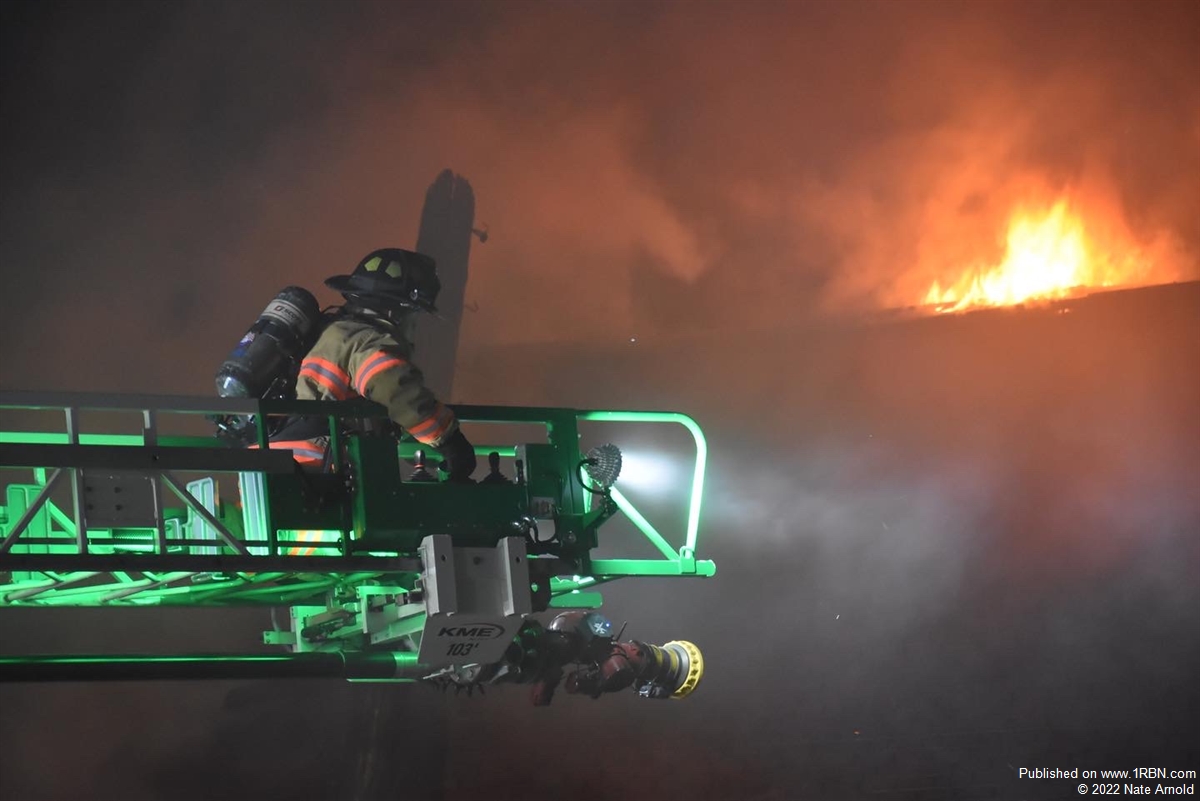 Photo by Nate ArnoldTruck 2’s aerial is repositioned with the remote control levers on the 'Charlie' side of the block. 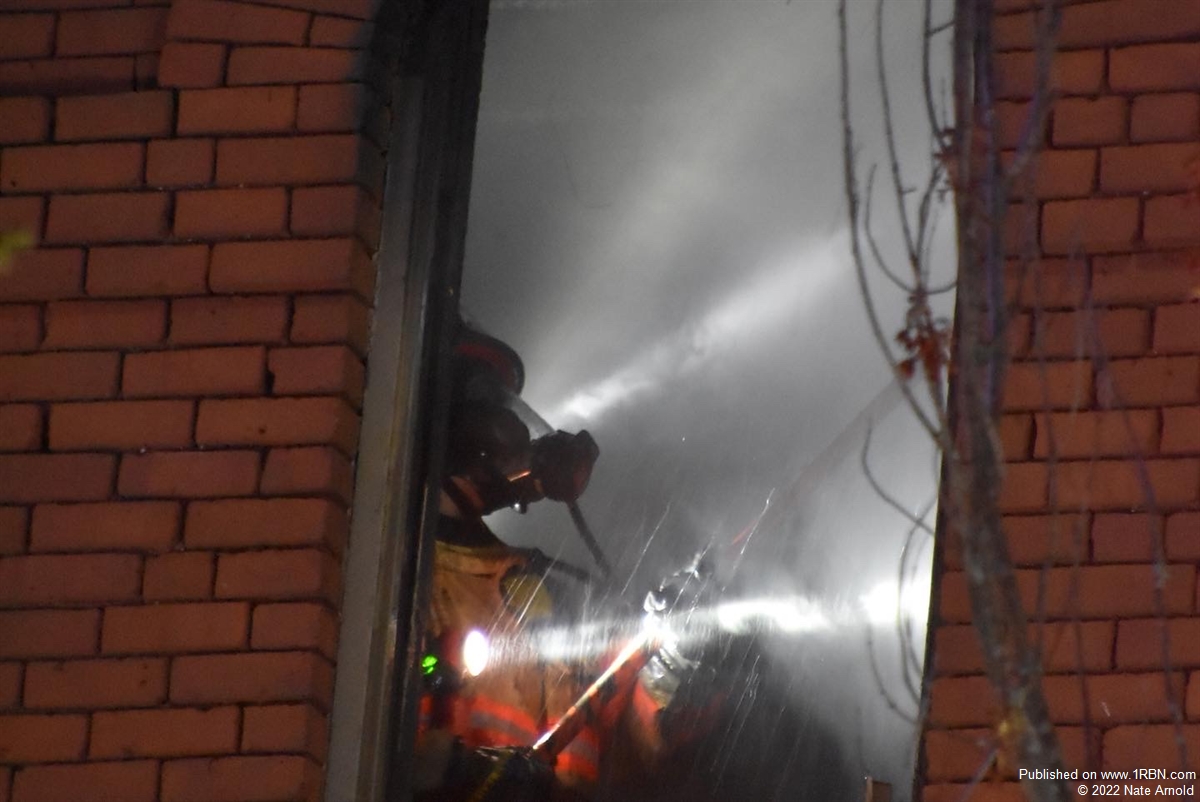 Photo by Nate ArnoldA member works their hook into the ceiling of the fourth floor. 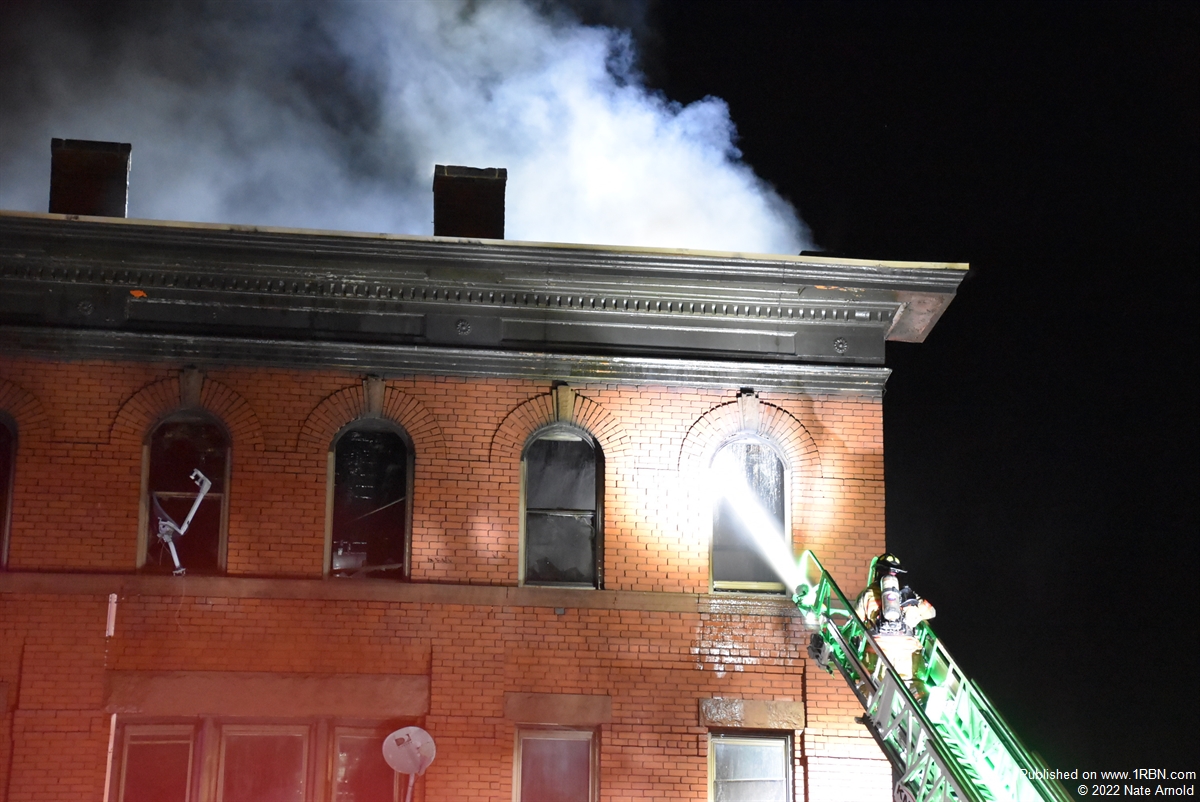 HOLYOKE, MA - A fire in a vacant four-story apartment block in the Flats section of the City of Holyoke was noticed just before 7:30 P.M. on Sunday, April 24th, and kept city firefighters on scene well into the night.

Calls to 911 began coming in from neighborhood residents and passersby reporting smoke and fire venting from the fourth floor of the block that has been officially vacant for several years, but is also known to be occupied by homeless people seeking shelter from the elements.

The first HFD crews arrived on scene within moments of the alarm and found fire venting from not just the top floor, but also from the first floor entry way and the 'Charlie' side stairway tower. The size of the fire building and multiple locations of fire had Cabot St. Command calling for a second-alarm right away, bringing all remaining on duty Holyoke crews to the scene and triggering a recall of off duty personnel and calls for mutual aid to neighboring Chicopee and South Hadley.

On scene, companies used transitional attack strategies, working the fourth floor with hooks and hand lines, but backing out when conditions deteriorated for a brief exterior attack before going back inside to resume chasing the fire through the cockloft of the building. The fire was finally brought under control just before midnight.

No injuries to fire crews were known at the time this article was written, and since the building was vacant at the time, no civilian injuries were reported. The cause of the fire remains under investigation.