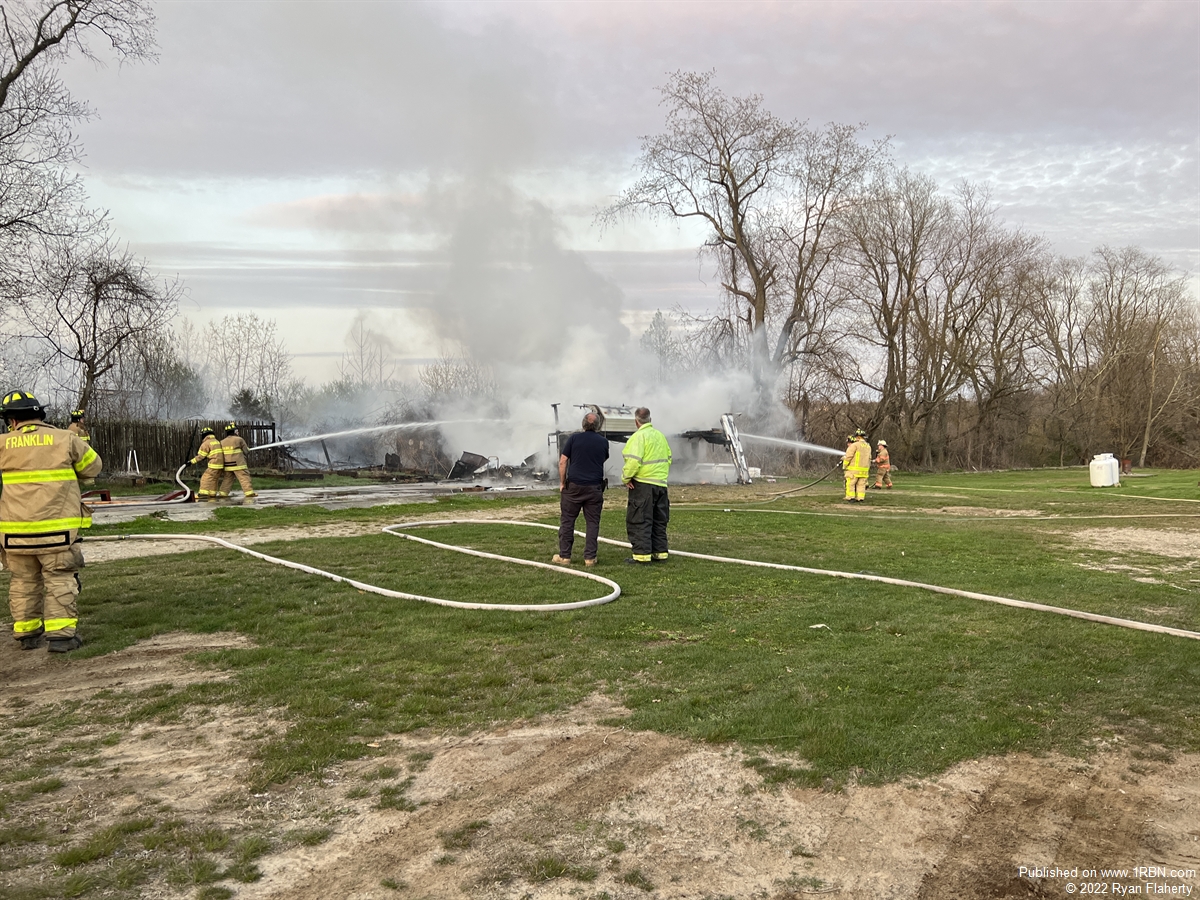 Photo by Ryan FlahertyCrews knocked down the fire with 3 hose lines. 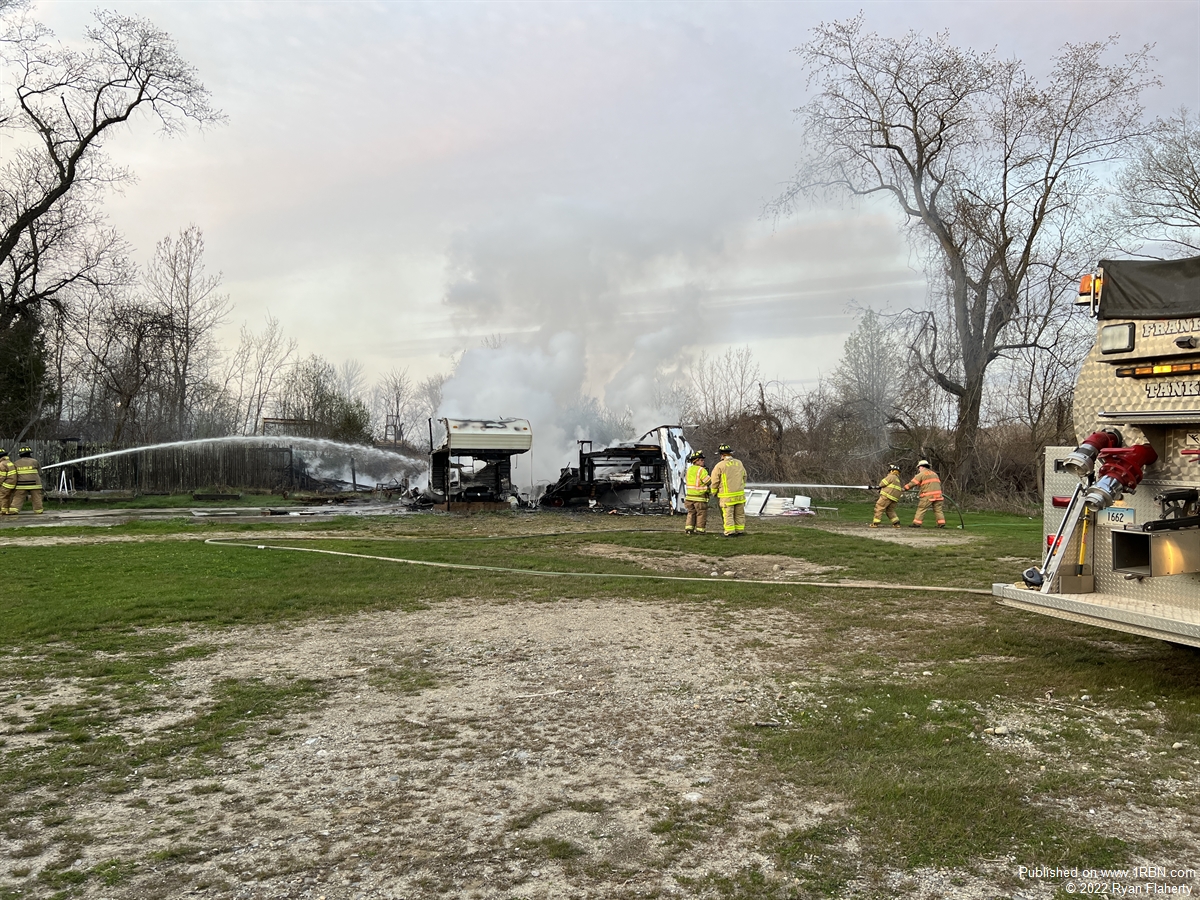 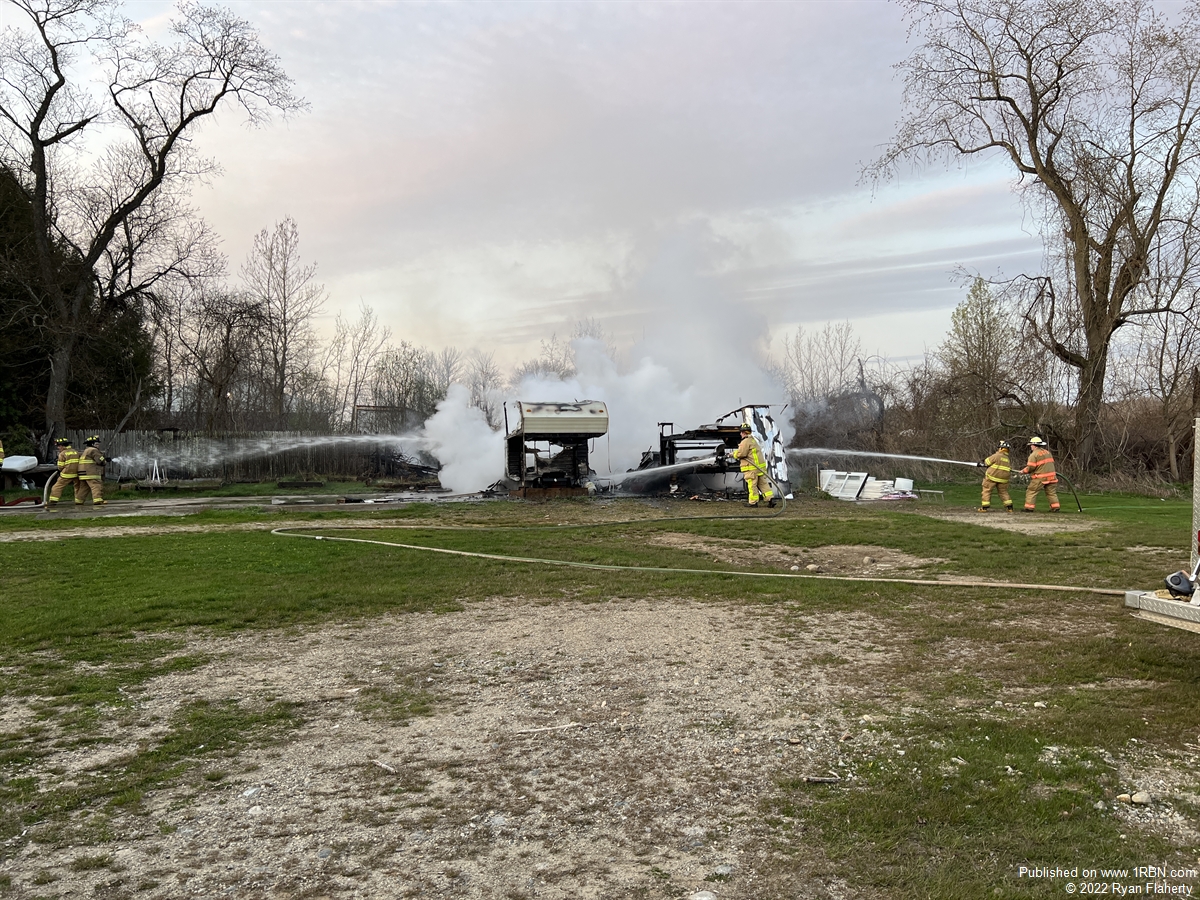 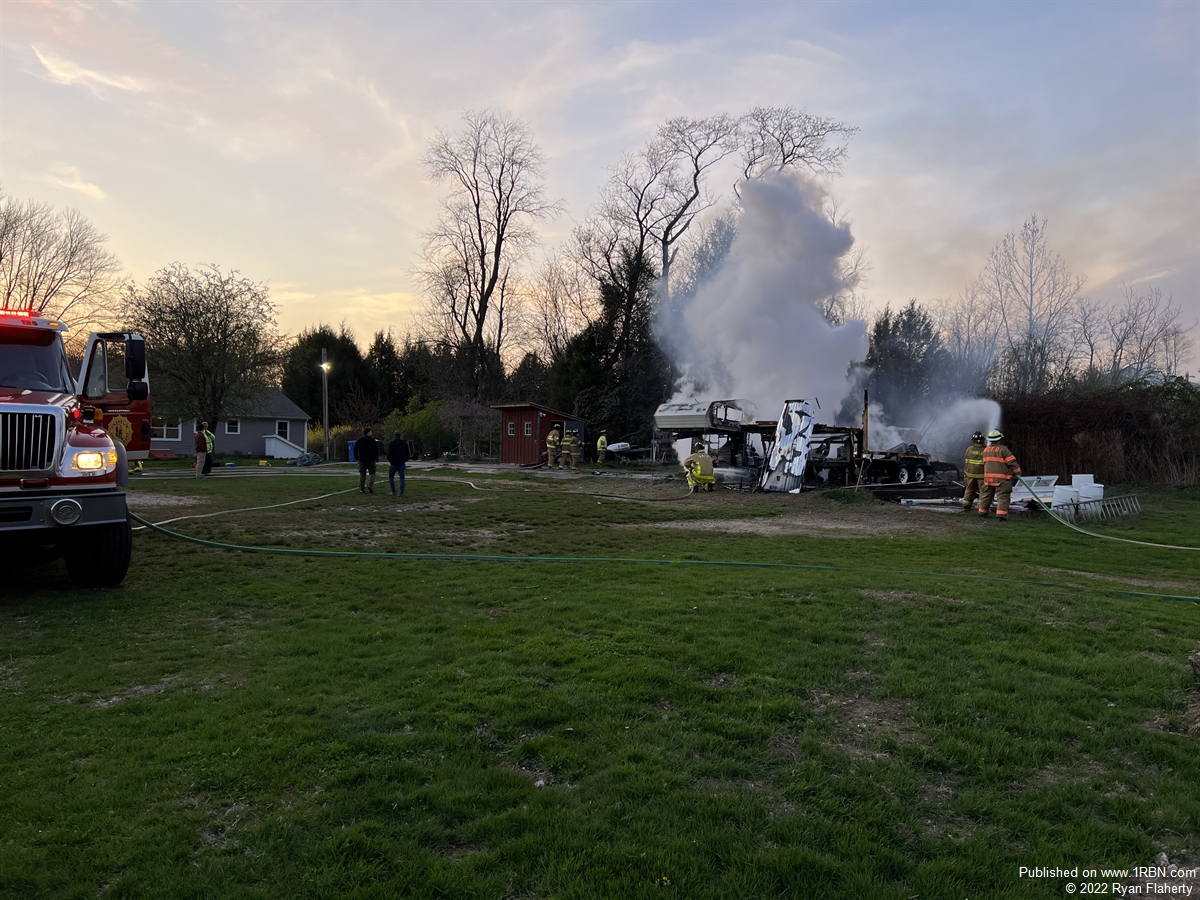 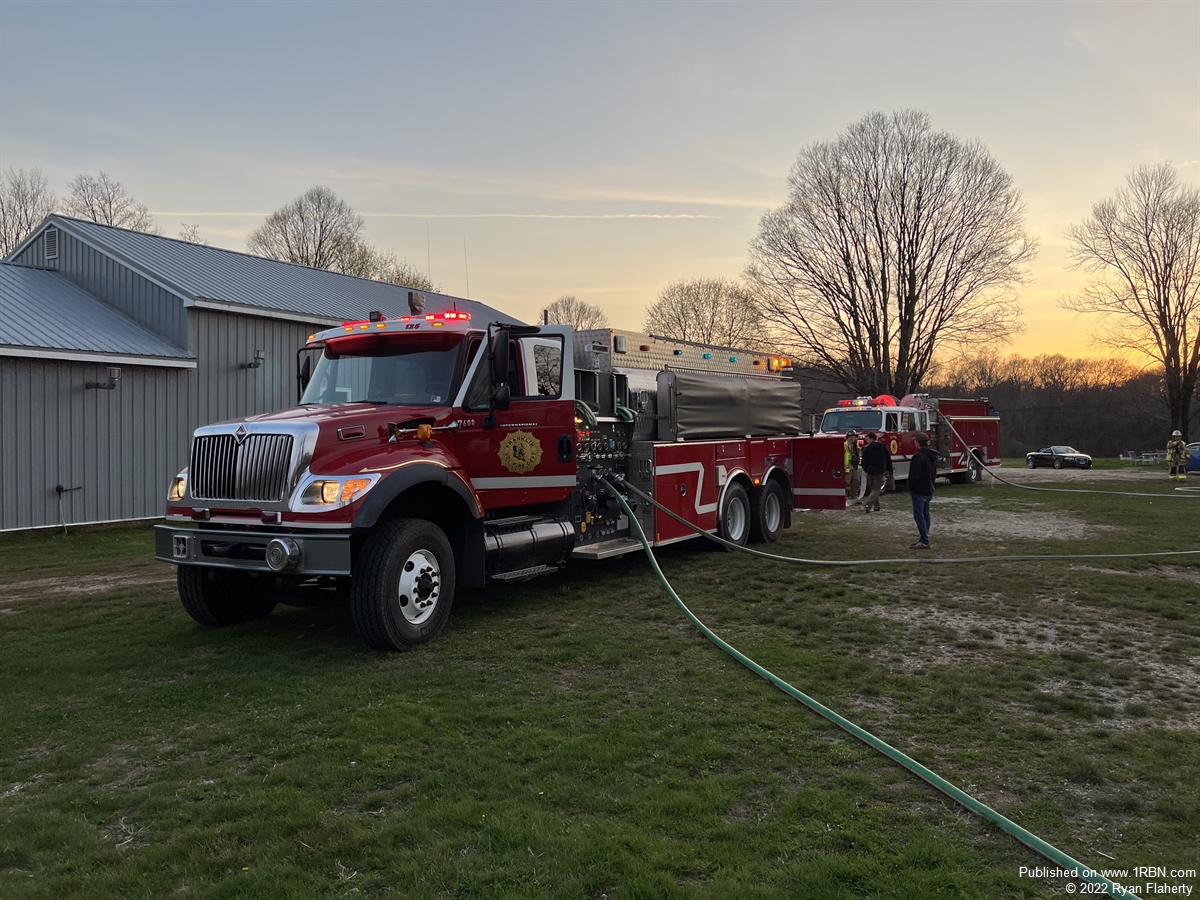 Photo by Ryan FlahertyFranklin Tanker 125 a 2005 New Lexington with 3,000 gallons of water. 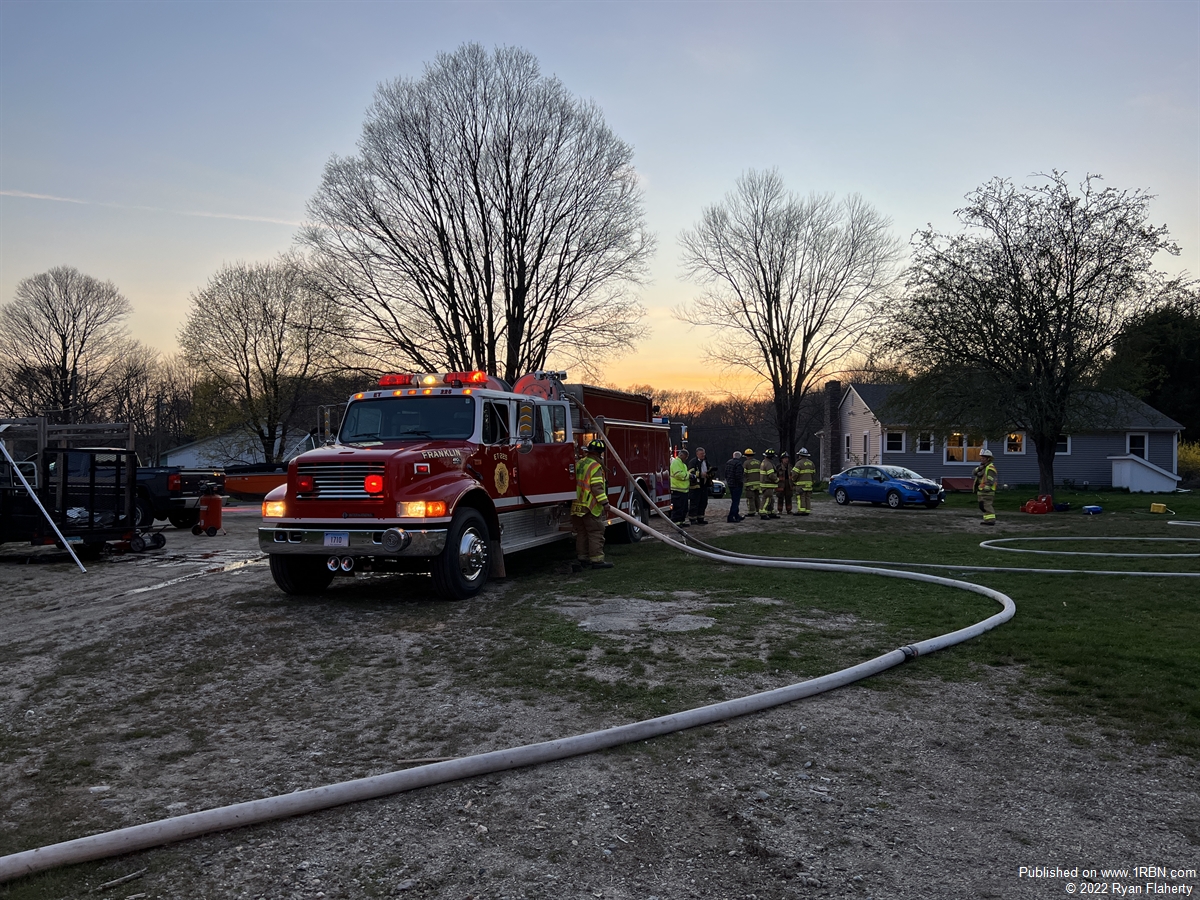 Photo by Ryan FlahertyFranklin's Engine 225 a 1997 International/Central States which has a 1,000 gallon water tank. 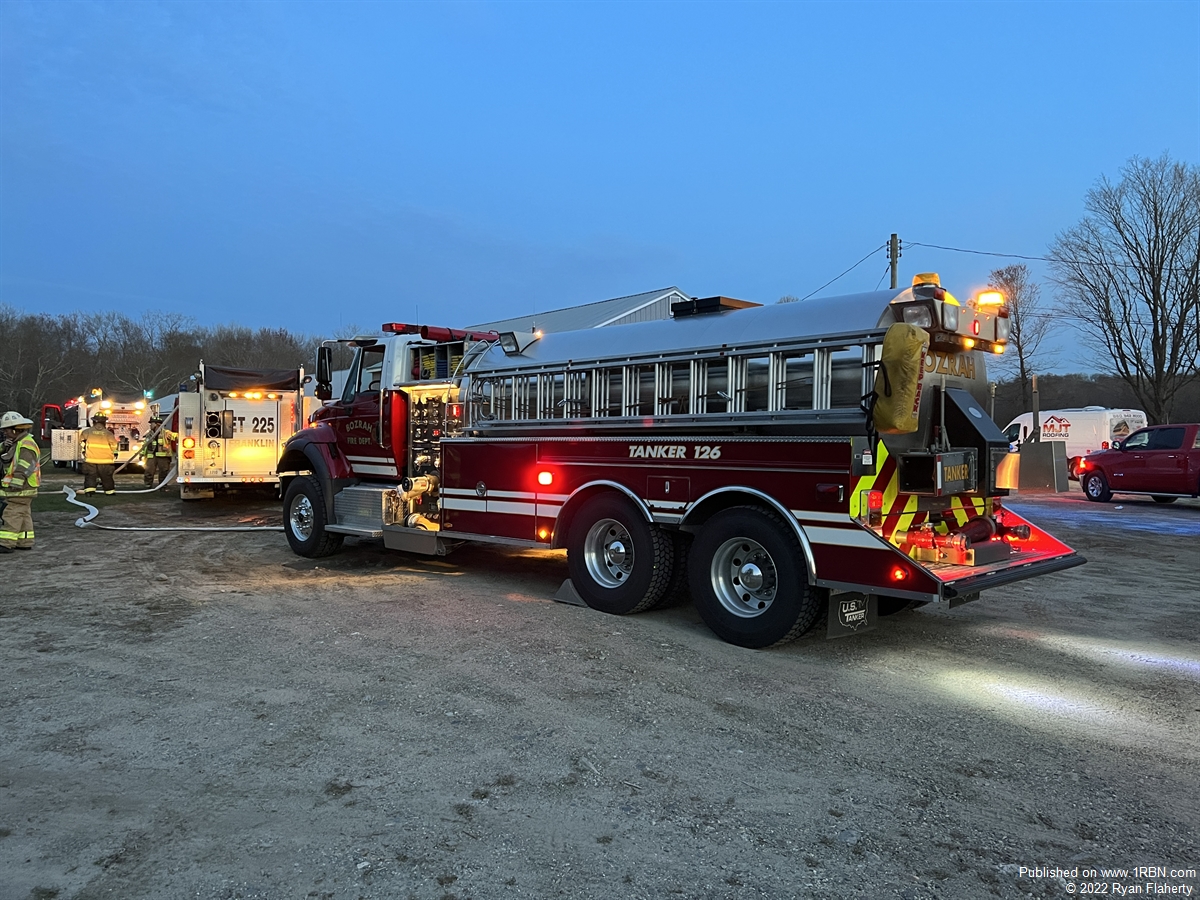 Photo by Ryan FlahertyBozrah Tanker 126 a 2006 International US Tanker with 2,700 gallons of water. 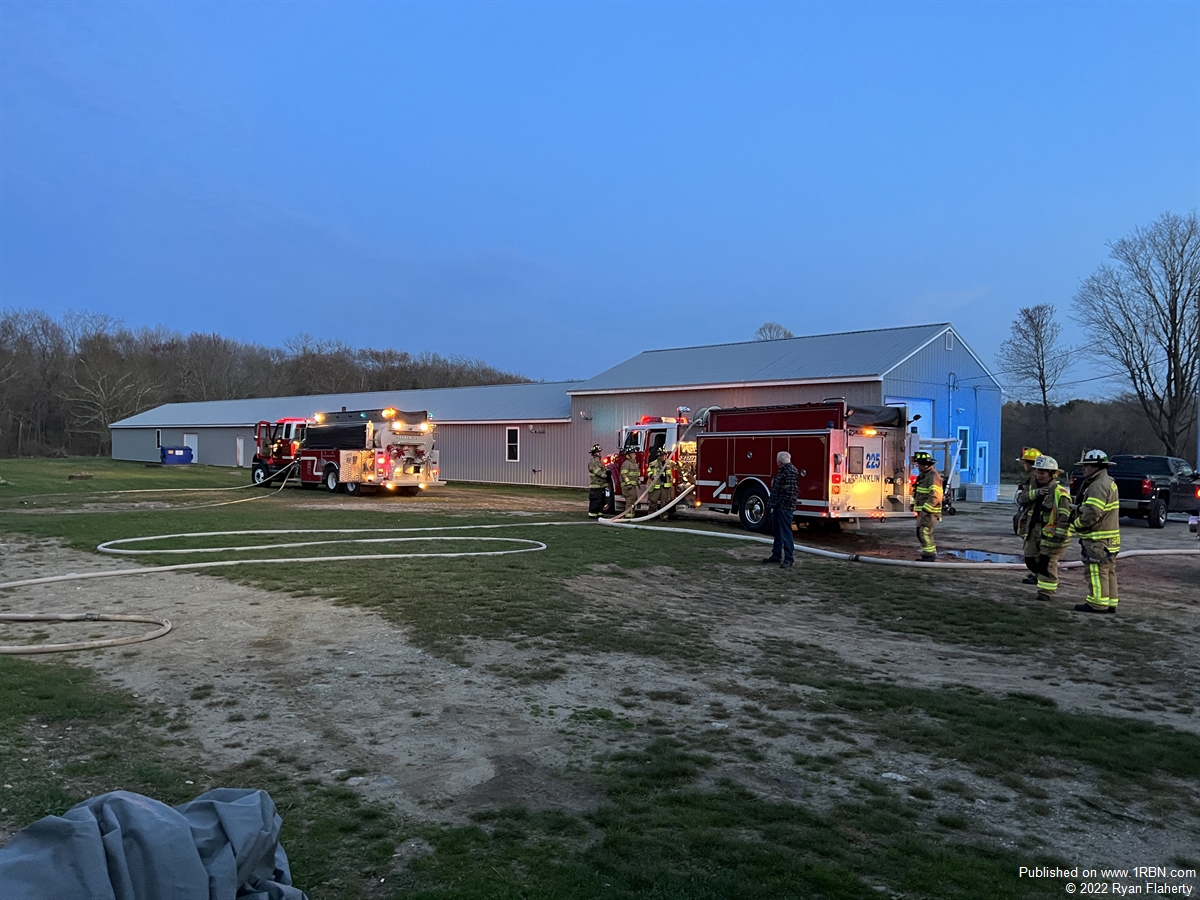 FRANKLIN, CT - At 7:13 P.M. on Sunday, April 26th, the Franklin FD was dispatched to Route 32 near 207 for multiple trailers on fire. While responding, units were updated that the trailers were well involved and spreading to brush. The first-alarm assignment was filled out, which brought in South Windham, Baltic, Bozrah, Lebanon and Yantic. Tanker 125 arrived at 7:25 P.M. and stretched (two) one-and-three-quarter inch lines. Engine 225 arrived next and stretched a one-and-three-quarter inch line to fight the brush fire. Bozrah Tanker 126 nursed Franklin’s Engine and crews overhauled the remains. Franklin’s Fire Marshal is investigating.