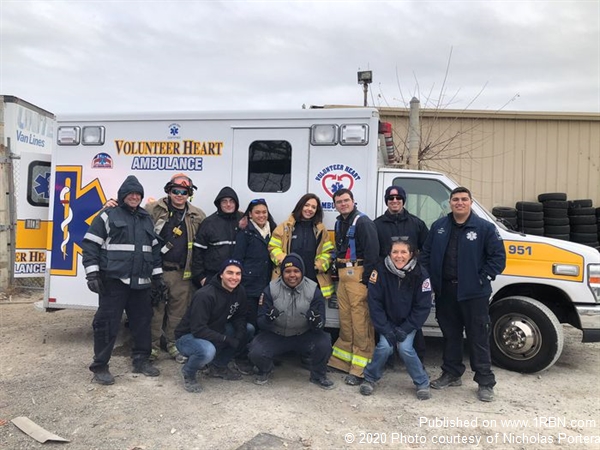 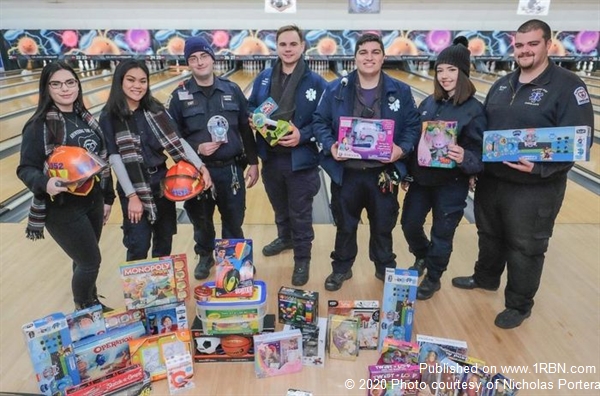 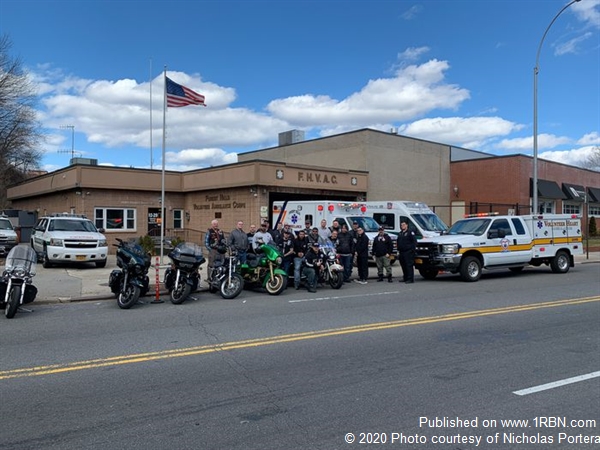 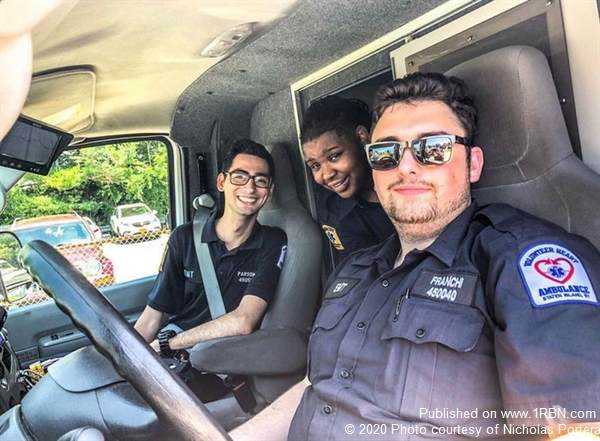 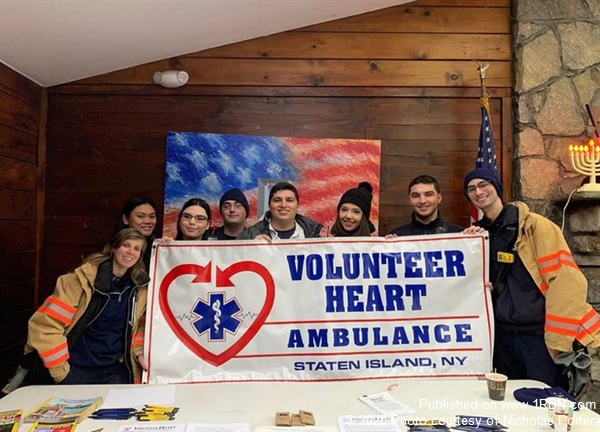 Volunteer Heart Ambulance of Staten Island and the North Shore Rescue Squad, who are both included within the FDNY EMS Mutual Aid System, are responding to calls on the borough, and also in other spots around the city, during an “unprecedented” influx of EMS calls due to the coronavirus.

“You’re dealing with here people who have a choice, who are able to say, ‘Yes, I’m going to continue with serving the community and treating our patients and being able to help the community and work all together and weather this storm’,” said Neil Kelley, the CFO of Volunteer Heart Ambulance of Staten Island — otherwise known as “Volly Heart."

“That speaks volumes to the dedication of the people doing this,” Kelley said.

Volunteer Heart Ambulance, which has been on Staten Island since 1971, has three ambulances and 30-40 volunteers between the ages of 18 and 65 — many of whom are also EMS workers, working in their spare time to help supplement the FDNY’s inundated backlog of EMS calls.

Volunteer Heart ambulances are "doing everything that a 911 truck would do on a day-by-day basis,” said Nicholas Portera, the president of the group.

“Basically, if the patient needs to be brought to a hospital, we’re bringing them to the hospital,” Portera said.

While Volunteer Heart Ambulance is normally centered on the South Shore of Staten Island, Kelley said the group has been sent “all over” recently, including Brooklyn as recently as Tuesday — where EMS calls were especially heavy yesterday.

The group is able to travel throughout the city and "supplement coverage where there is a backlog,” he said.

The North Shore Rescue Squad, which has an ambulance of its own and about 30 volunteers who range from 18-year-olds to those in their 60s, also said the group has been recently aiding in the EMS efforts in Brooklyn, but is expecting the situation to be “difficult for everybody everywhere.”

Captain Edward Santo, a volunteer at the North Shore Rescue Squad and also an EMS worker in Manhattan, said he has never seen a rise in 911 calls in his seven years of being on the job.

“I’ve never seen anything like this,” he said, noting that even busier days — such as New Years Eve — don’t even reach the level of influx that he has seen recently. “We’ve been all over,” he said.

Because of that influx, Santo said he feels an obligation to volunteer on days he doesn’t have an EMS shift.

“On my days off I kind of still feel like I could be helping out my brothers and sisters,” Santo said, “and help relieve some of the system.”

The risk regarding limited personal protective equipment (PPE) has also impacted volunteer ambulances on Staten Island, which work “mostly on donations” and have to try to gather equipment as other, larger agencies also vie for masks.

The risk regarding limited personal protective equipment (PPE) has also impacted volunteer ambulances on Staten Island, which work “mostly on donations” and have to try to gather equipment as other, larger agencies also vie for masks.

Thus far, the group has not had an issue with its volunteers calling out sick, Kelley said; however, “As the people get mandated for overtime, or have their days-off canceled, that’s going to impact their ability to volunteer."

While understanding the risk he and other volunteer EMS workers take on a daily basis, Santo, a lifelong borough resident whose family has worked in the public sector, said the threat of the coronavirus looms large on Staten Island — regardless of profession.

“Especially in Staten Island, where we have a lot of public servants and a lot of essential employees, I think we’re all at risk for a lot of this,” he said.

“When I heard that this was actually a real thing, that people would come from around the country and help us out with ambulances, I almost didn’t believe it — but, seeing is believing” said Nigro.

“All I can say is thank you so much for the people of the city of New York,” said Nigro, at Fort Totten in Queens — where EMTs from across the U.S. were gathered on Tuesday.

Councilman Joe Borelli, who was at the Fort Totten site where EMTs were being put into the FDNY’s EMS system, said ambulances “from just about every state in the United States” arrived via the partnership to help New York City.

“New Yorkers should not be alarmed if they see ambulances they don’t recognize," Borelli said, and if you see somebody serving from out of state, make sure you at least buy them a sandwich or recommend one of our great restaurants … and of course, don’t forget to say, ‘thank you.’”