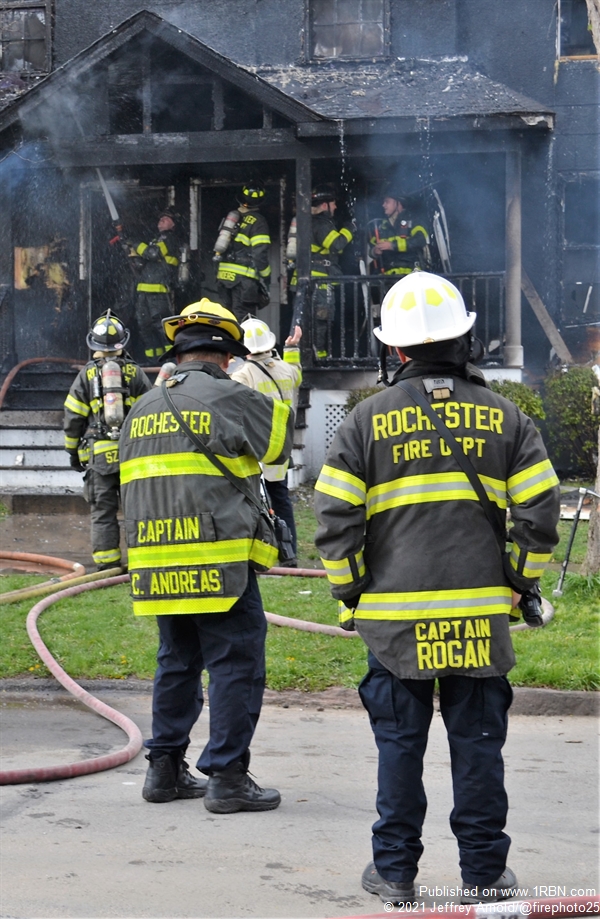 Photo by Jeffrey Arnold/@firephoto25House fire on Cady Street in Rochester.

ROCHESTER, NY - On Thursday, April 22nd at 4:11 P.M., Rochester firefighters responded to 180-182 Cady Street for the report of a house fire. First arriving units found the front of a large two-and-a-half story, two-family home well involved. The occupants of both apartments were able to safely evacuate. Command requested an extra engine to the scene for additional personnel. The blaze was brought under control in about 20 minutes, The Red Cross was assisting eight displaced residents. The cause of the fire remains under investigation.


This article is a direct street report from our correspondent and has not been edited by the 1st Responder newsroom.