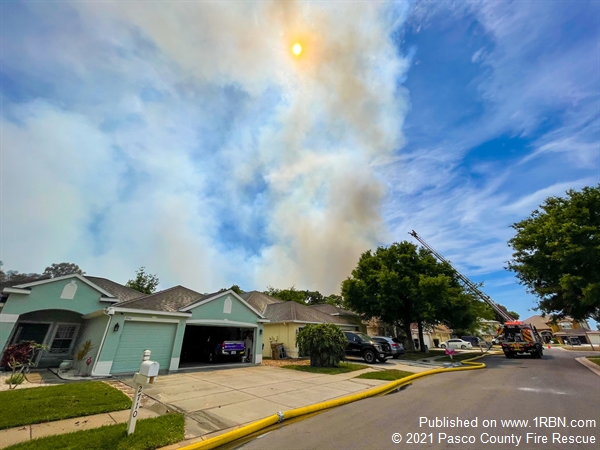 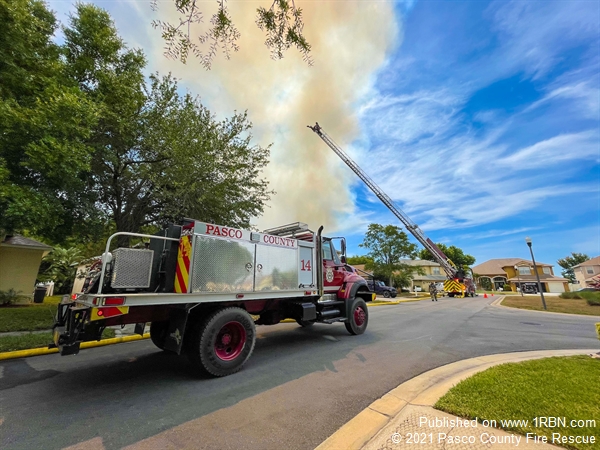 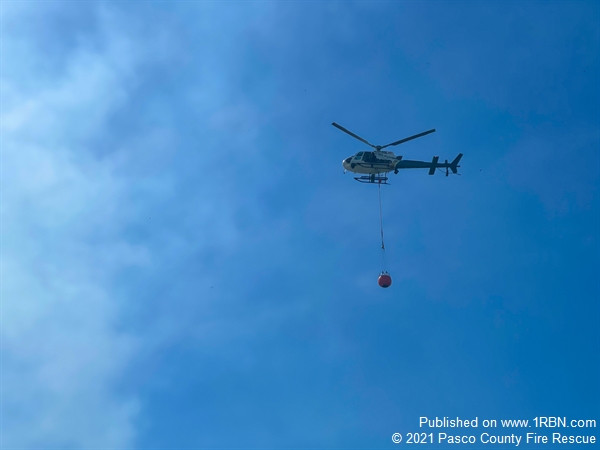 HOLIDAY, FL - On April 9thth, Pasco County Fire Rescue responded to the area of Anclote High School in Holiday for a reported brush fire. At the time of the initial dispatch, firefighters encountered an approximate one-acre brush fire. Command on the scene quickly called for the Florida Forest Service to assist with tractors and additional units to respond to the scene due to dry conditions.

Firefighters worked to extinguish the fire and were met with strong winds that pushed the fire deeper into the woods. Command on the scene called for mutual aid help from surrounding departments and aerial support from the Hillsborough County Sheriff's Office with water drop operations. Additional fire units were placed in the Key Vista neighborhood to protect homes.

Command decided to evacuate 10 homes near the fire line due to the fire's strong winds and fast-moving nature. Thankfully our on-scene strategy worked, and there was no damage to any homes. It took approximately six hours to knock the 20-acre Brush Fire down. The cause of the fire is under investigation.