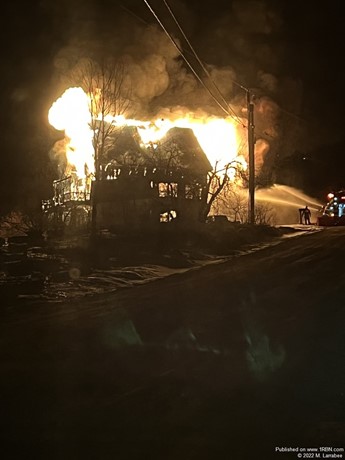 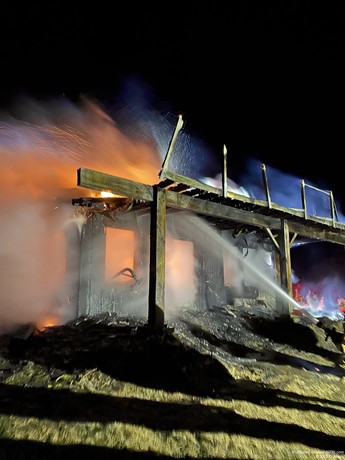 Photo by C. MayoAt 3:10am the building has collapsed to one story but there is still fire. 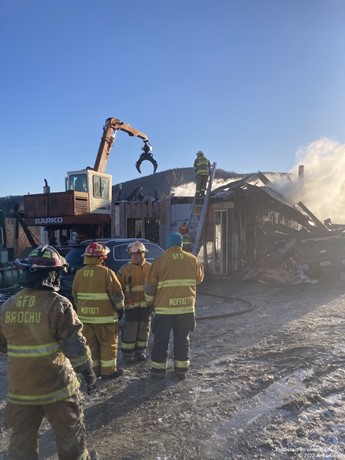 Photo by A. LarrabeeAt 7:34 A.M. the fire had been mostly knocked down, but a log loader was called in to remove the tin roofing.

Walden's engine arrived on scene 16 minutes after the first tone to find a fully involved structure, pickup truck, and (two) 250-pound propane tanks off-gassing right up against the building. A sharp wind added to the issues.

Two hand lines were deployed, but due to the lack of water, the deck gun was not able to be used immediately. Tankers hauled water three miles to the fire scene, but due to the very rough dirt roads in mud season, it took almost 15 minutes to get between water supply and the scene.

The fire was finally placed under control by 4:00 A.M. All units and personnel were back in quarters at 10:00 A.M. In the end, the structure, two vehicles, a motorcycle, lawnmower and tent garage were destroyed.