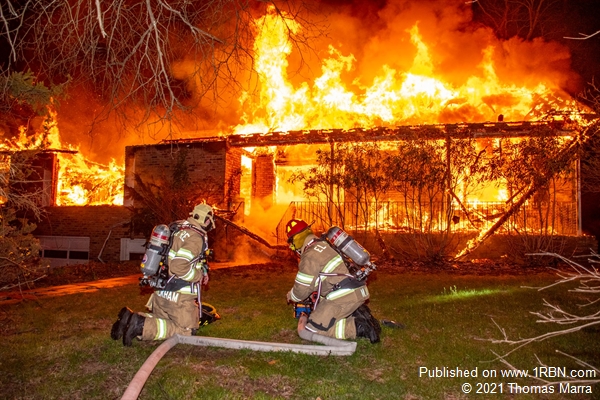 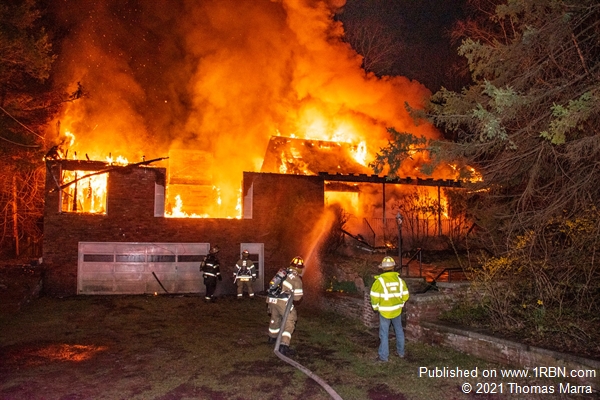 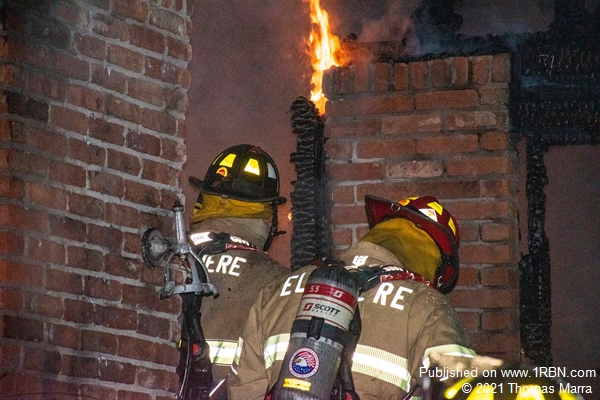 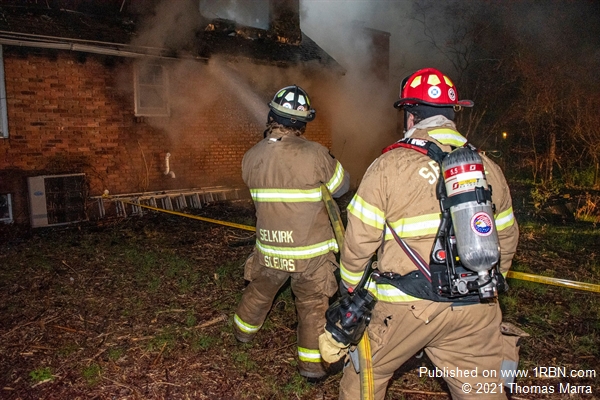 Photo by Thomas MarraFirefighters spent hours battling the blaze and putting out hotspots. 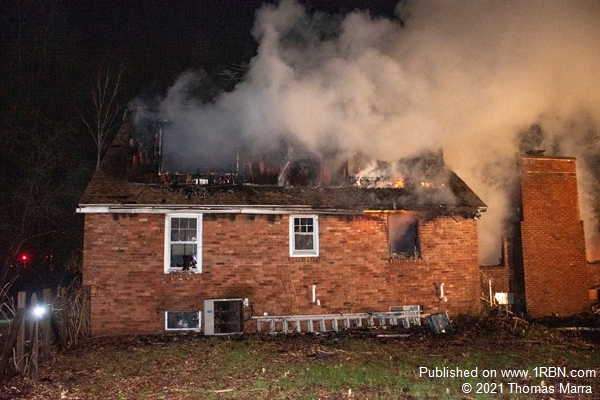 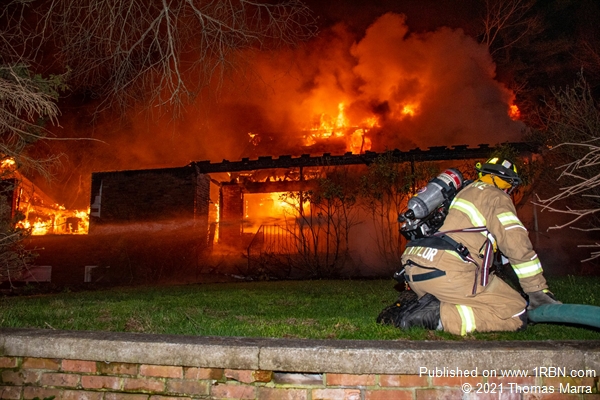 Photo by Thomas MarraThe homeowner was found dead inside the home. 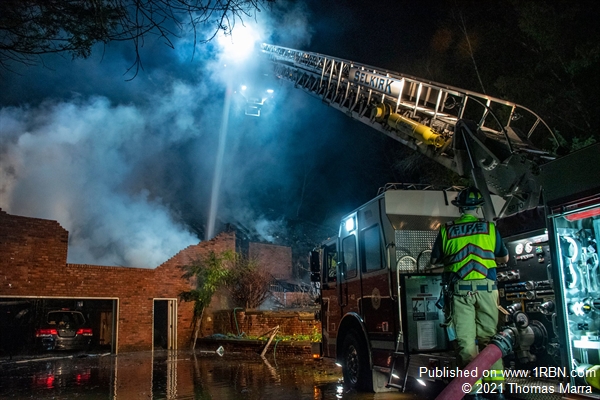 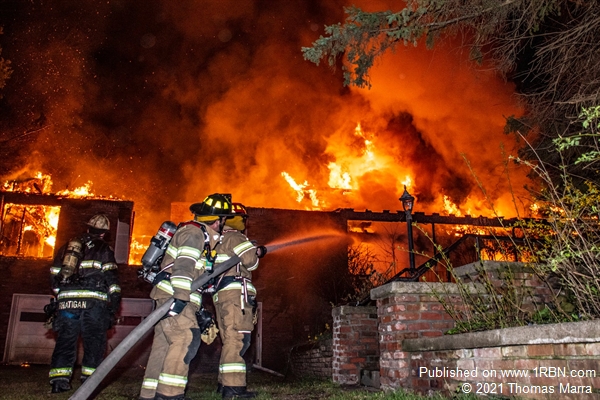 The Elsmere and Selkirk Fire Departments were originally dispatched for a reported outdoor fire after a caller on Columbine Drive stated they could see fire through the woods at 3:10 A.M.

Bethlehem police officers arrived in the area and stated they could see a large fire through the woods from Columbine Drive.

“We’ve had a lot of rain and even some snow the past couple days,” said Chief Marc Futia of Elsmere Fire. “So when the call went out as an outdoor fire, it just didn’t add up--it just wasn’t right.”

Officers got closer to where the flames appeared to be coming from and quickly discovered a fully involved house fire at 228 Bender Lane. Chief Futia lives in the area and was on scene in minutes and reported that the house had flames through all the windows and there was already a roof collapse of the structure.

“Because of the heavy involvement of the fire it was an exterior attack only,” said Futia. “It took us a while to get it out.”

He says in addition to the roof collapse, there was also a floor collapse with some of the exterior walls beginning to bow out. “You want to do what you can, but you have to keep your guys safe as well,” Futia said.

There were numerous other hazards that hindered firefighting efforts during this incident. Live power lines were down in the driveway, so fire apparatus had to park in the roadway and firefighters had to run hose from the trucks and across the yard to get to the house.

National Grid responded to the scene to physically cut the line and remove it from the driveway before the fire department could bring a ladder truck close enough to extend over the house.

“When we got here the fire was impinging on two 500-gallon propane tanks that were used to heat the house,” Futia said. “Two of the firefighters were able to move those tanks approximately 50 or 60 feet away from the house.” He says there was ammunition in the house as well that added to the dangers.

Chief Futia said fire crews have been called to this same home before for minor fire calls in the past.

The FAST Team is made up of firefighters trained specifically for assisting and searching for firefighters in distress inside a structure.

Fire investigators discovered a body that was believed to be the homeowner, who was unaccounted for at the time of the fire. The autopsy identified the body found in the home as the 65-year-old male homeowner, according to a report from Bethlehem Police.

There was only one person living in the home at the time and there were no pets reported inside the house. There were no reports of injuries to any firefighters on the scene.

Bethlehem Police are actively investigating the fire, but have ruled the fire as not suspicious.