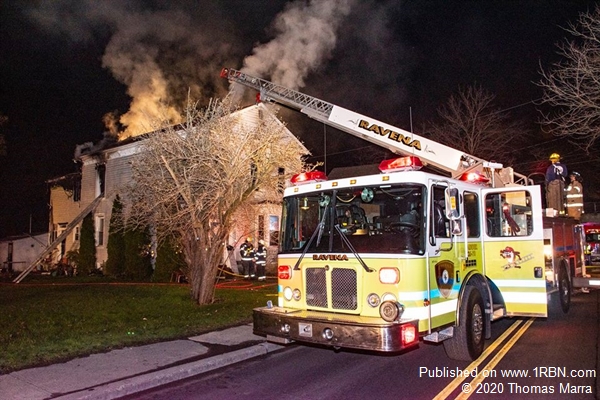 Photo by Thomas MarraA child jumped from a second floor window to escape a house fire in Ravena on April 18th. 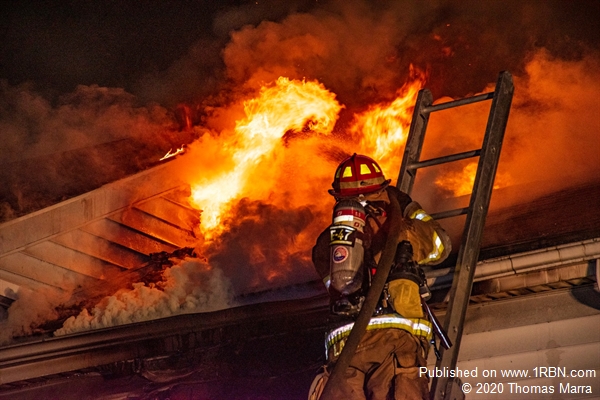 Photo by Thomas MarraFirefighters fought the stubborn fire for hours. 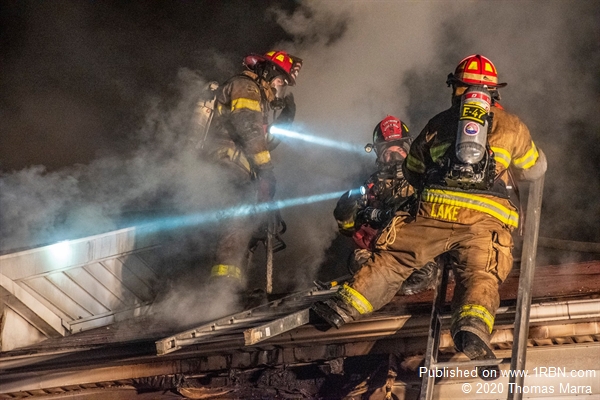 Photo by Thomas MarraThere were many layers from previous constructions that hindered firefighting efforts. 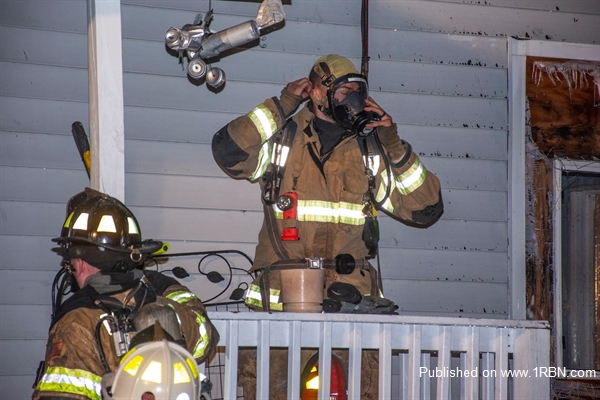 A dog was trapped inside the structure and did not make it out. 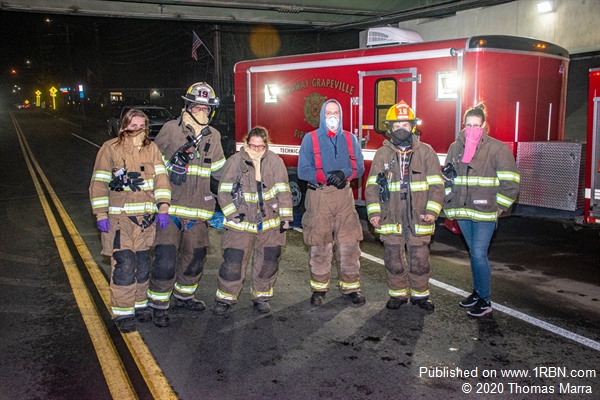 Photo by Thomas MarraMembers of the Medway-Grapeville Fire Department covering up their faces due to the new mask regulations in effect in New York State for COVID-19. 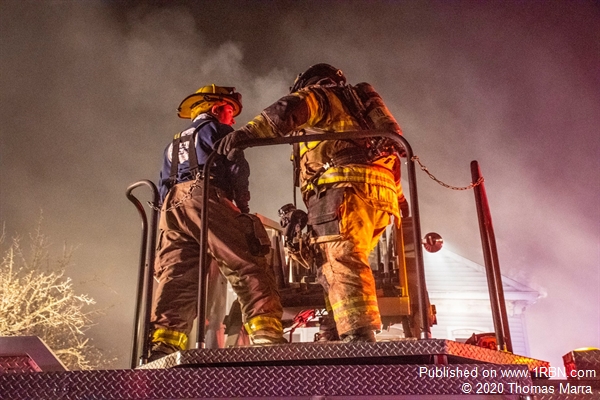 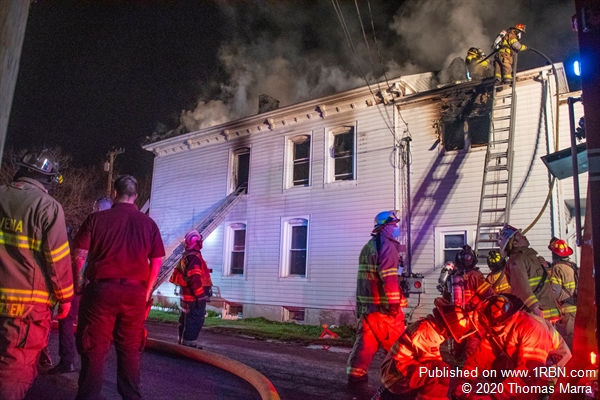 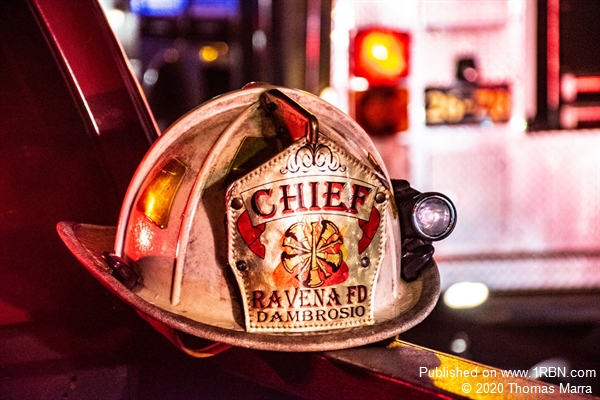 Photo by Thomas MarraHelmet of Chief Jeff Dambrosio at a structure fire in Ravena.

Phillips says the child suffered an ankle injury, but the injury did not require transport to the hospital. He said there had been many renovations at the home over the years and that there were multiple ceilings that hindered firefighting efforts.

"We had to cut through all of them to get to the attic section to finally put it out," Phillips said.

Fire departments on the scene included Ravena, Coeymans, Coeymans Hollow, New Baltimore, Selkirk and Medway-Grapeville with their rehab trailer. It took approximately one hour to get the bulk of the fire knocked down, and two more hours to get the fire officially out, according to Phillips.

Another difficulty was the location of the nearest hydrants to connect to. Phillips said they had to lay their supply line about 1000-ft. from the scene. "Usually we don't have to lay that far, but Main Street is a little different," he said.

He says there was one dog that was trapped in the residence and found deceased on the second floor of the structure.

The fire appears to have originated in the rear of the structure on the second floor.

"When I arrived, three of the four windows in the rear had fire pushing out when I got here," Phillips said. "Flames were probably 30-ft. in the air."

The cause of the fire is currently under investigation by the Albany County Sheriff's Department and New York State Fire Investigators.

There were no additional injuries reported on the scene.