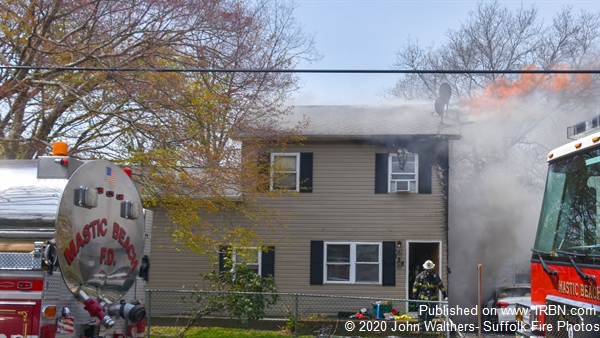 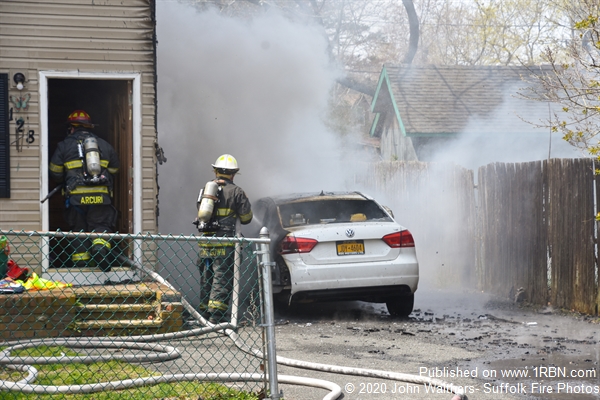 Photo by John Walthers- Suffolk Fire PhotosAssistant Chief McGown sprays down a car which the fire had spread to while additional firefighters enter the home to fight that fire. 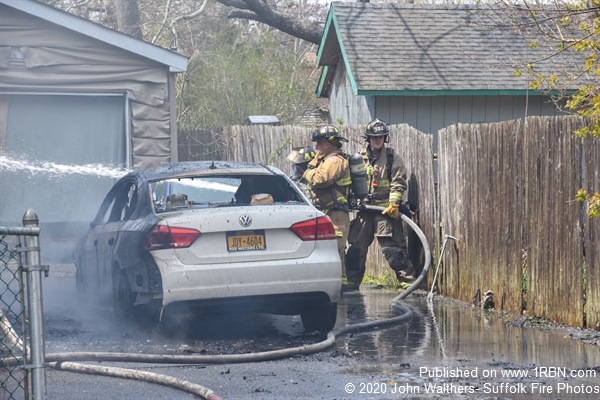 Photo by John Walthers- Suffolk Fire PhotosFirefighters spray water toward the back of the house to keep propane tank cool to mitigate that situation. 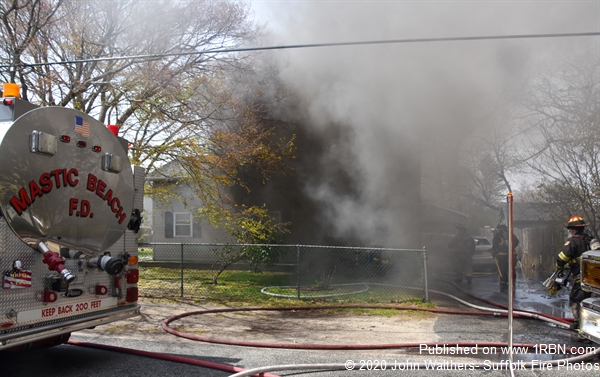 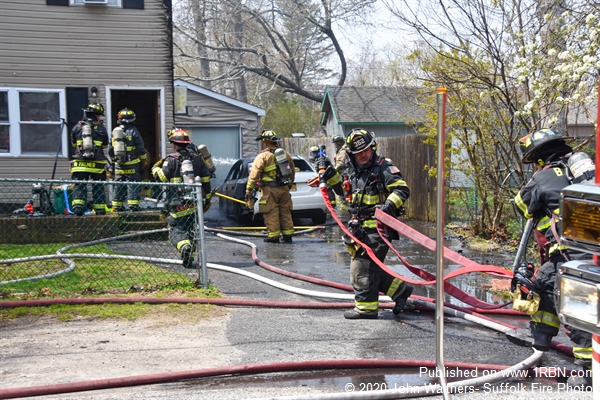 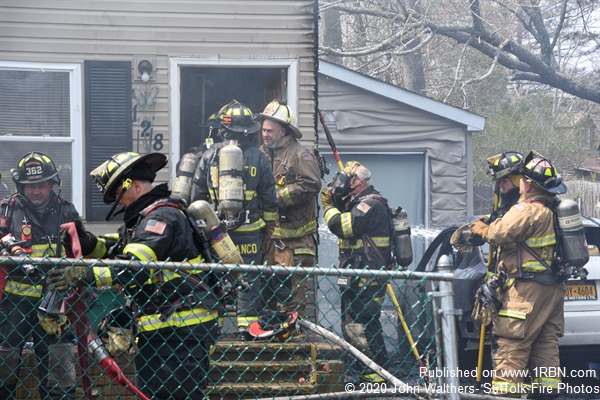 Photo by John Walthers- Suffolk Fire PhotosMastic Chief Rudy Sunderman consults with his crew on the steps while Brookhaven FD members put pack up and stretch lines to assist as they arrive. 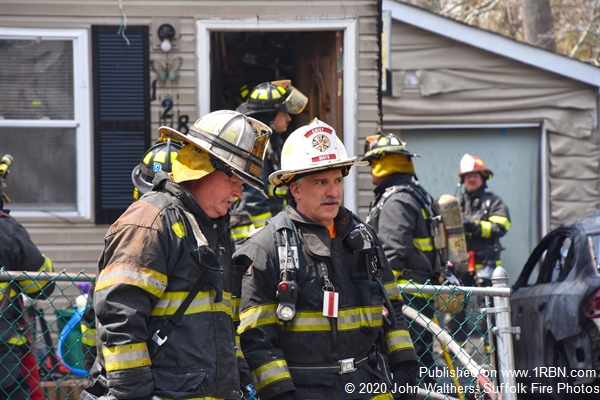 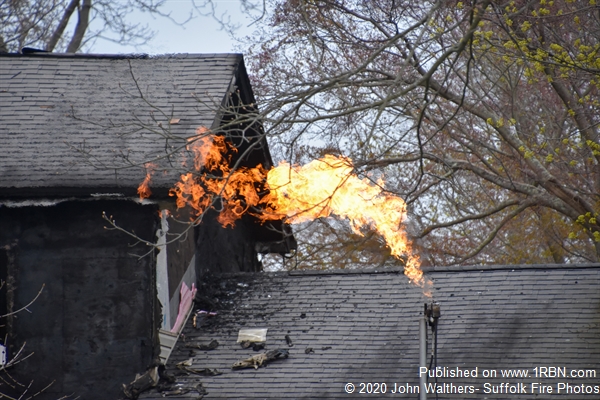 Photo by John Walthers- Suffolk Fire PhotosFirefighters and Brookhaven Fire Marshals burn off propane from the tank after the fire in the house was extinguished.

Mastic Beach, NY - On the afternoon of Friday, April 17th, the Mastic Beach FD was activated for a report of a house fire with a possible occupant trapped on Hugenot Drive. Chiefs Jeff McGown, Fred L., and Tom Montreuil quickly responded to the call and were in contact with FIRE-COM moments after dispatch. While responding, FIRE-COM updated the details saying that PD confirmed that all occupants were all able to get out safely.

On arrival, Assistant Chiefs Fred and McGown reported smoke and flames showing and FIRE-COM immediately reactivated for a working fire and started out mutual aids. He also reported a large propane tank in the yard and in danger. Tanker 2 and Engine 3 arrived on scene and crews went to work stretching lines. They were joined a short time later by crews from Mastic.

Firefighters went to work to put water on the house fire, as well as working to keep the propane tank as cool as possible to avoid it turning to a worse situation if the tank were to rupture or explode. Additional mutual aid was called to the scene from Brookhaven. Center Moriches FD was also called. Stand by crews were requested to Mastic Beach's quarters, and Manorville also stood by.

Firefighters were able to keep the tank cool and extinguished the house fire to mitigate the danger. The Town Of Brookhaven Fire Marshals came out to assist with burning off the propane, which was an extended operation and kept fire personnel on scene for several hours.

Brookhaven and Suffolk County Fire Coordinators were also dispatched to the scene due to the nature of the call. Mastic Beach Ambulance provided rehab support and Suffolk PD closed the road in the area and kept a small gathering of people back for safety reasons. The scene was later turned over to the fire marshal's office to investigate.