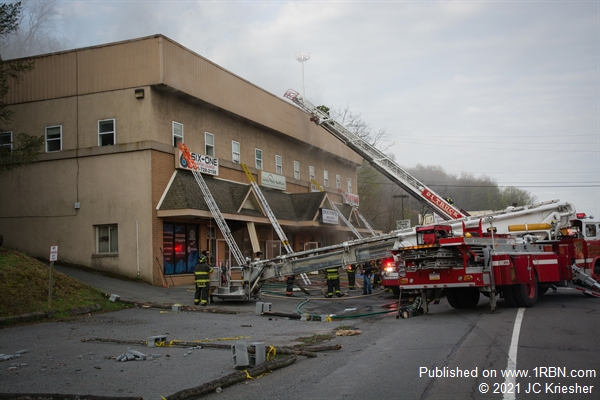 Photo by JC KriesherMultiple businesses in the front and back of this building in Pottsville were damaged by fire. 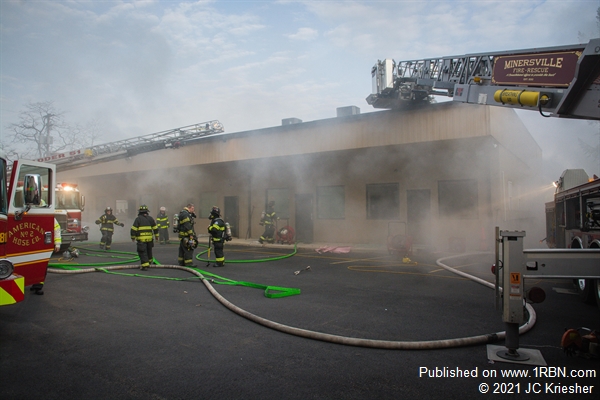 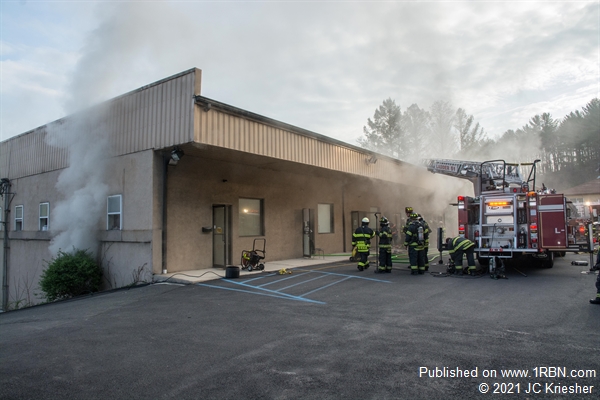 
Initial units arrived to find a multi-occupancy building situated along Route 61 with multiple businesses on the first floor “A” side, businesses and an apartment on the second floor “C” side and smoke pushing from all corners of the building.


Engine 68-13 took the address followed by Ladder 68-21 while Engine 68-18 and Ladder 68-25 took the “C” side. A water supply was established by Engine 68-11 who dumped their bed laying LDH from Nichols Street. The line was picked up by Engine 52-12 at the hydrant. Towers from Saint Clair, Minersville and Schuylkill Haven took the A, B and D corners, respectively.


Firefighters worked feverishly in an attempt to locate the fire but had a hard time accessing the fire that was running in void spaces between the floors.


Multiple lines were stretched through both sides of the buildings as crews found hidden pockets of fire. As the fire was knocked down, firefighters placed fans in many windows and doors.


Additional help from Girardville, Llewellyn, Saint Clair and Mahanoy City was called to the scene as the fire proved to be stubborn in the void spaces.


The incident was placed under control around 8:30AM. The water supply was shut down around 10AM and Route 61 was re-opened.

Pottsville Fire Crews remained on the scene until 4:30PM.