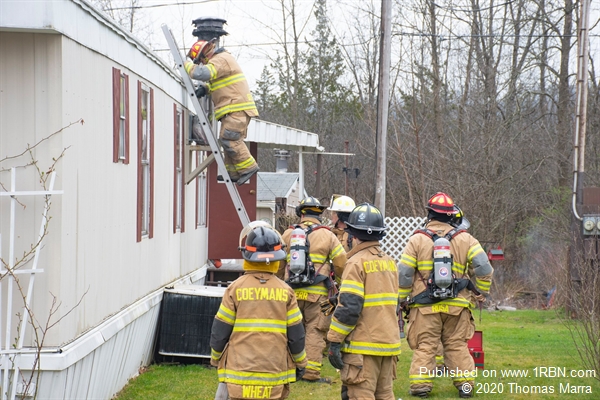 Photo by Thomas MarraA chimney fire at a mobile home park in Coeymans was quickly spotted and contained to the chimney. 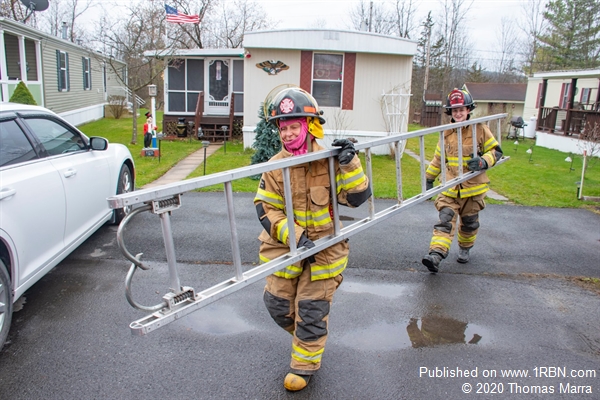 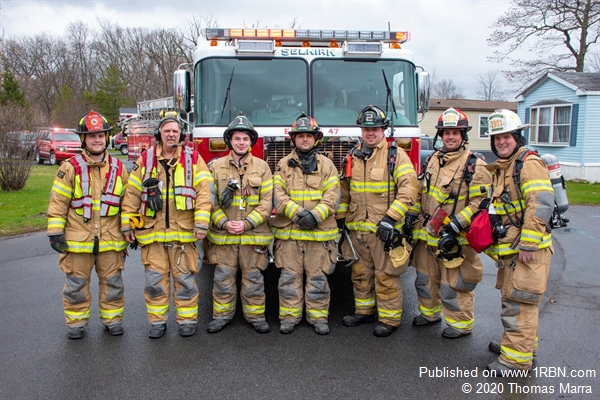 Photo by Thomas MarraA crew from the Selkirk Fire Department on the scene of a mutual aid chimney fire at a mobile home park in Coeymans. 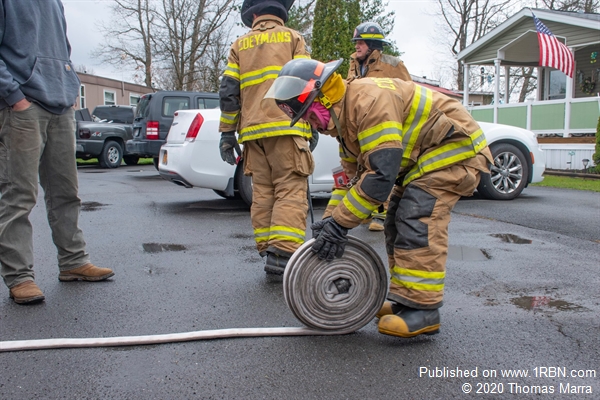 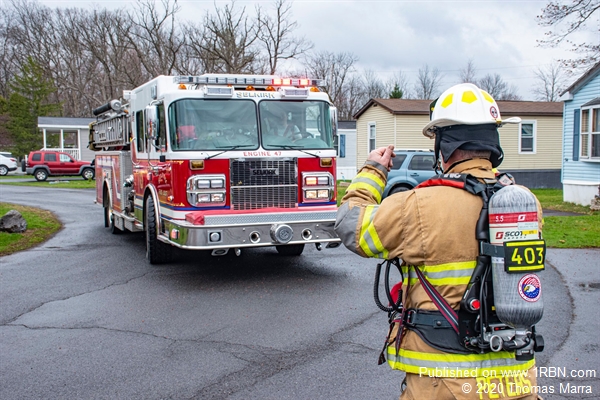 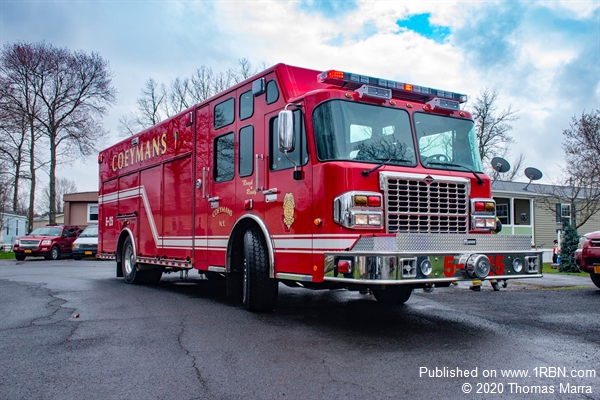 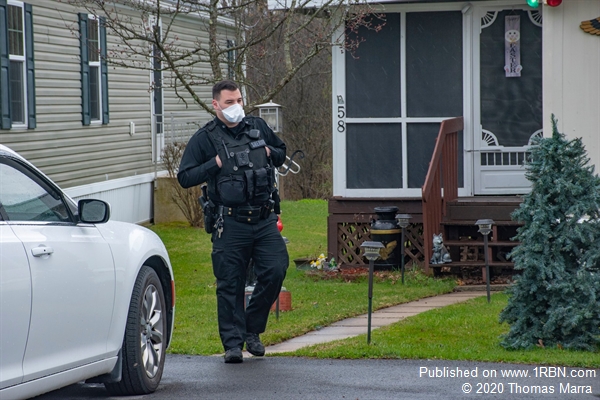 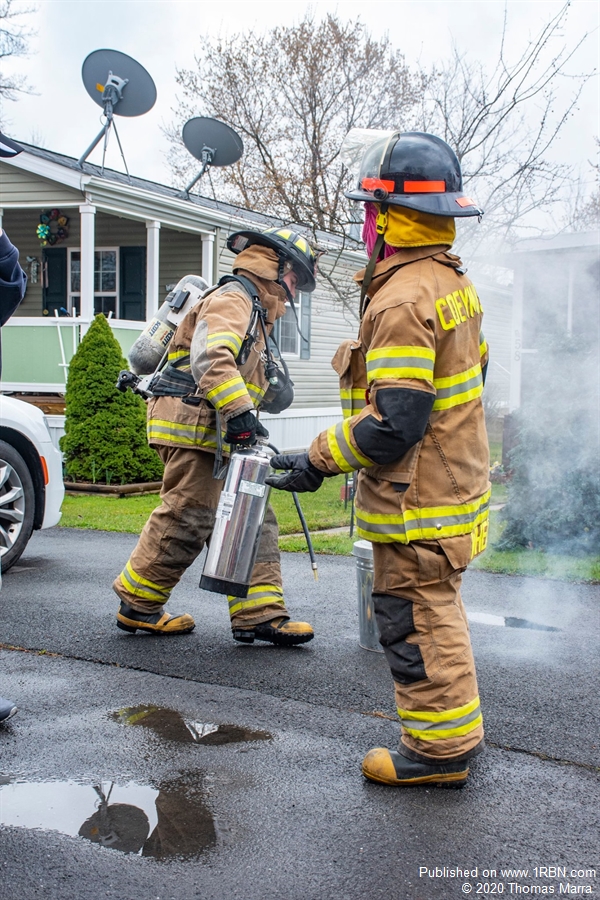 The call was dispatched at 10:40 a.m. and was about to be called in by an ambulance from Ravena Rescue that was on location at the mobile home park for an EMS call.

The ambulance radioed dispatch saying there was visible smoke and flames coming from the chimney.

503 and Engine 5-25 were the first on the scene from Coeymans Fire.

A crew was sent inside to extinguish the fire in the woodstove while another crew was sent to the roof to open up and clear the chimney.

There were no reported injuries on the scene.