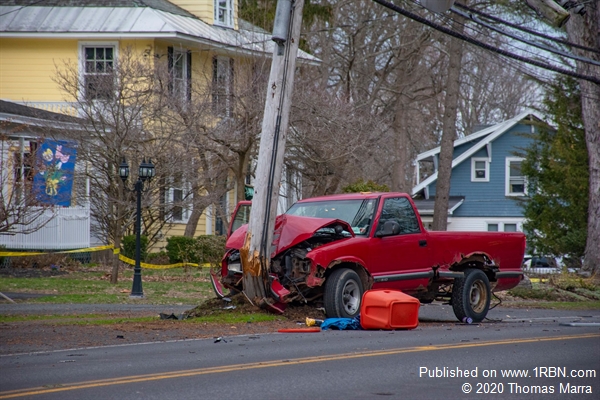 Photo by Thomas MarraA driver is believed to have suffered a medical event, causing a crash into a utility pole in Delmar. 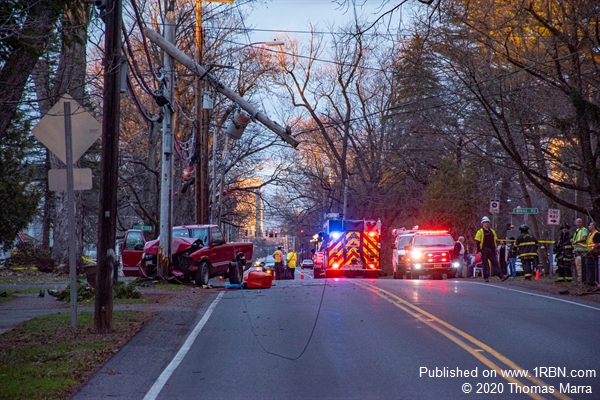 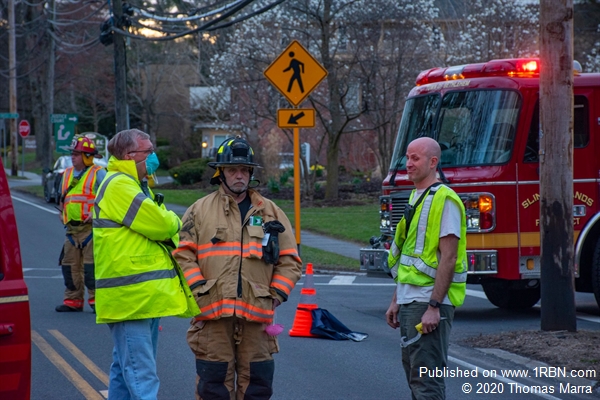 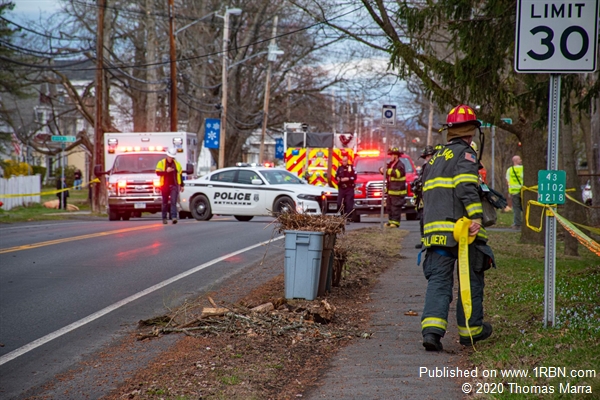 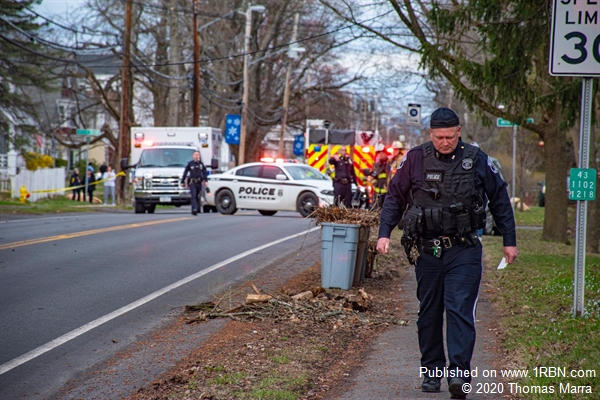 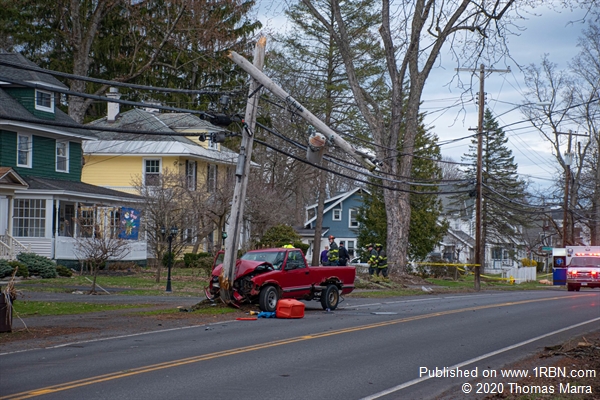 The Delmar and Slingerlands fire departments were called to the area of the Bethlehem Police Station at 447 Delaware Ave in Delmar around 6:05 p.m. on Saturday, April 4 for a report of a car into a utility pole.

A pickup truck was found to have struck a utility pole, snapping it and sending wires into the roadway.

Chief Arlie Hedges of the Delmar Fire Department says the utility pole was broken in two places and there were primary and secondary wires in the roadway.

According to Hedges, National Grid responded with Haz-Mat.

"The utility pole has a transformer on it which has oil in it that helps cool the transformer, and that oil is leaking on the ground right now," said Hedges.

There was one occupant in the vehicle and Hedges says the driver refused medical treatment from Delmar-Bethlehem EMS.

Delaware Avenue was closed at Roweland Avenue and at Dyer Terrace.

The cause of the crash is still under investigation, however, Cmdr. Adam Hornick of the Bethlehem Police Department says the driver may have suffered a medical event.